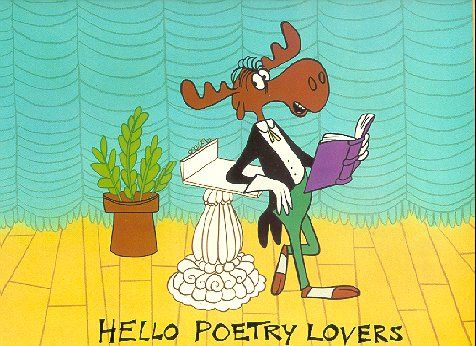 I’m afraid my muse is too musical

And has a propensity for rhyme

It prefers lyrical to metrical…

Until it runs out of time.

It’s apt to use a wordplay

And a pun is within its scope

But don’t ask for iambic pentameter

Its quite well-versed in stanzas

And prone to prefer a quip

It can’t resist a juste mot

Sometimes its feet are feeble

And some of its flashy metaphors

Seem to come from the lost and found.

Its alliteration alights a lot

And its sonorous sounds abound

But it needs some onomatapoeia

To impress other poets around.

Oh where is the inspiration

That moved the Bard and his kin

I’m stuck with a Nash Rambler

It turns our rap’s over-rated

And when I see what’s  created

Their muse must have been half asleep.

If your quatrain won’t leave the station

Then it should be ignored

Despite all its huffing and puffing

It turns out there are sadder things

Than bland words from tongue or pen

And commit all those literary sins.

If you have to ask what a muse meant

Or he’s come to the end of his rope.