The Dig at the Pool of Siloam–2005 until Now

Ronnie Reich has spent these last years of his archaeological career digging the Pool of Siloam of John 9 fame. As it turns out, it is spectacular, and indeed it involves far more than at first meets the eye.   The discovery of the actual pool Jesus was talking about (not to be confused with where Hezekiah’s tunnel runs out into a pool), deserves to be credited to luck, and Ronnie Reich.  The luck comes into the picture because there was a sewer pipe that needed some work, and in the uncovering of it for repair, this magnificent pool was discovered.  In this post you will first see a picture of Ronnie and myself after filming for the BBC at this site. 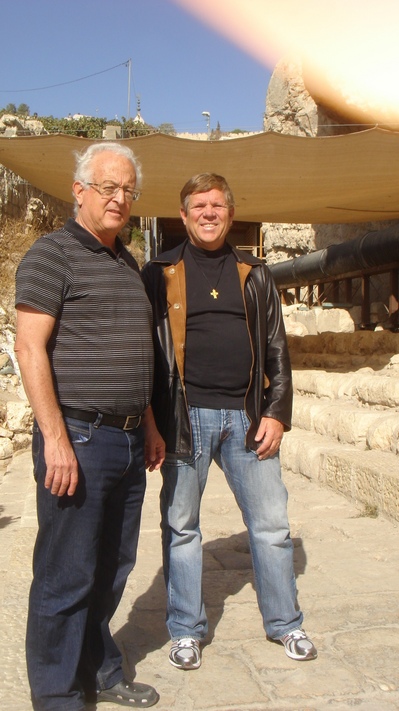 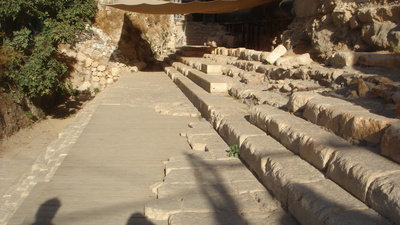 What would the large pool have looked like in Jesus’ day?  Fortunately a Jewish artist has given us a good idea. 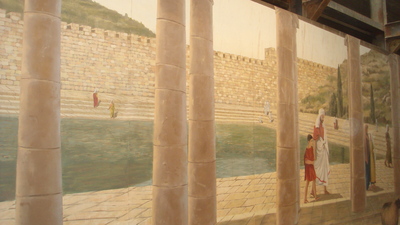 This painting is so huge that it was impossible to capture it all in one shot with my ordinary camera. 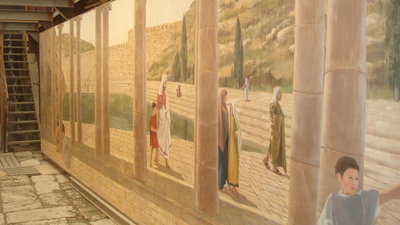 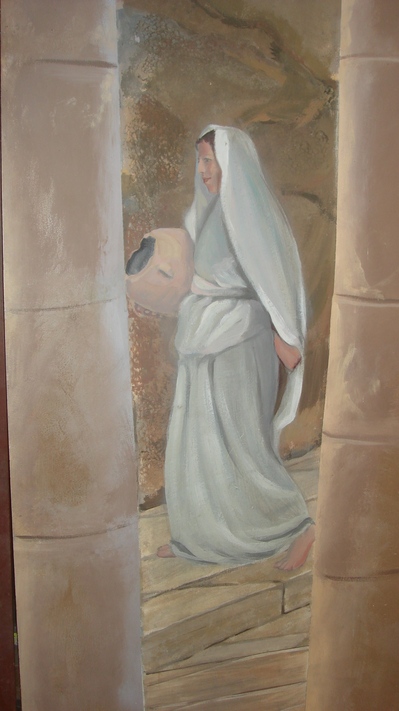 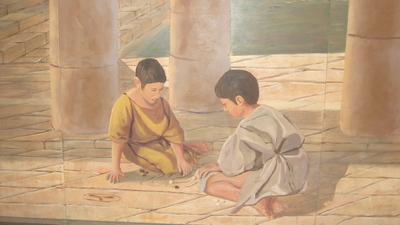 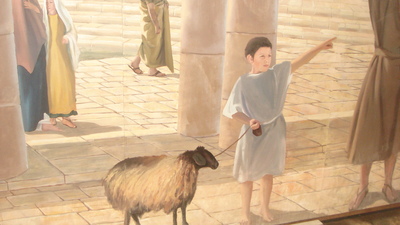 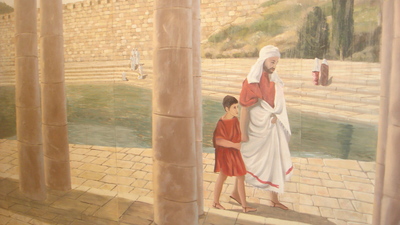 You will have to wait for the interview I did with Ronnie for the Easter special but here several key points can be made.  The pool itself would have been for cleansing, and for drinking water as well.  It was fed by spring water, and Ronnie stressed that the phrase ‘living water’  (see John 4) refers to pure spring water, indeed to the purest water of all (not to be confused with filtered tap water).  Secondly, Ronnie said the ritual process involved not just the blind man going to the pool and washing off, it then involved his going through the normal mikva ritual purification as well, and then going to the temple mount to sacrifice a lamb in thanks, presenting himself to the Jewish authorities for certification that he was clean.  The big surprise that was shown to me this time, is that Ronnie has uncovered the street that climbs up to the temple mount for those who needed to go offer a sacrifice (see the picture of the boy with the sheep above). 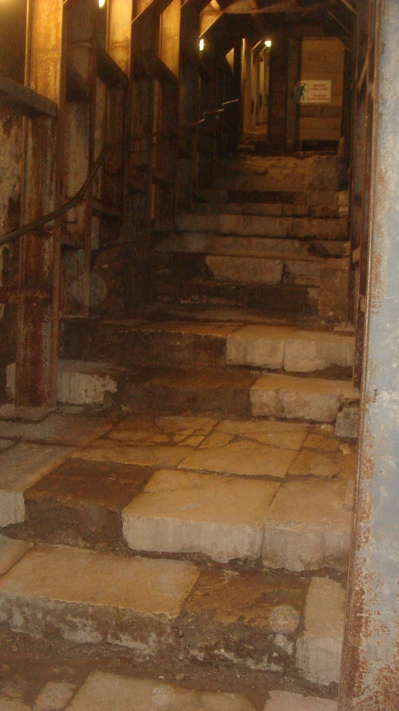 This revelation of the climbing stairs and street, which I had not seen before, makes something else clear about John 9, namely how it was the Temple authorities came to have contact with the blind man.  This probably first occurred when he went to the Temple to offer the sacrifice and complete the ritual cleansing process. 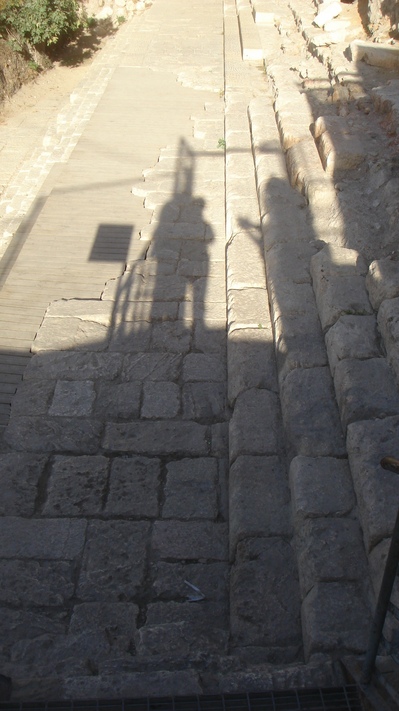 This pool had in fact been around for a long time before the first century, as the sign at the pool makes clear. 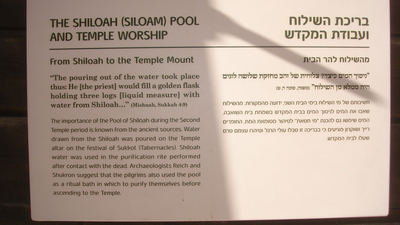 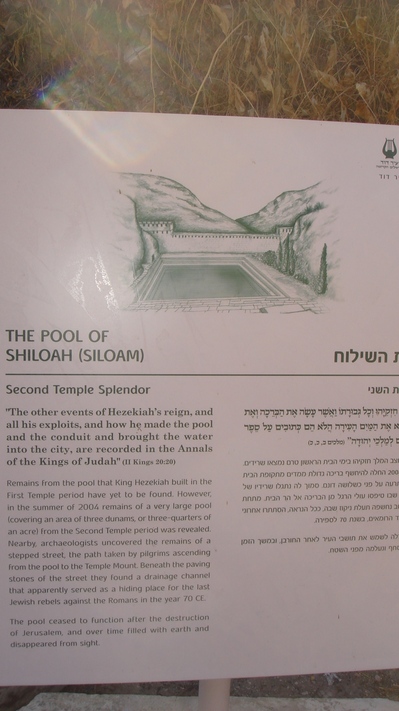