On the Richter Scale—- Sandy Richter in the News 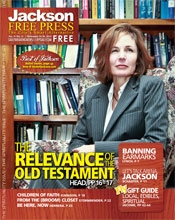 Well it isn’t the cover of the Rolling Stone, but I am proud to say the newspaper in Jackson Ms. was smart enough to interview our friend and colleague Sandy Richter, who taught for us for many years (still does online, I believe) and is now full time at Wesley Biblical in Jackson.   Here the Q+A part of a recent interview they did with her.

What is the message we’re not hearing from the Old Testament?
The message of a redemptive God, a merciful loving deity who is
extending himself as far as he can to redeem humanity. We tend to hear
that message from the New Testament, but we overlook it in the old. In
fact, I’m often asked the question when I teach in lay circles: “Why is
it that the God of the New Testament is the God of mercy, and the God of
the Old Testament is the God of judgment?” I’m always partly
entertained and partly aghast at that question, because I see a God who
has been working since the foundation of the world to redeem humanity
marching all the way through the Old Testament. And I typically have to
remind the church that the Second Coming is all about judgment, so don’t
think you’ve missed out on judgment just because you’ve claimed the New
Testament and not the Old.

Do you think God communicates in the Old Testament differently from the way he communicates in the New?
No, but I think the audience is very different–and that is the great
challenge. In … “The Epic of Eden,” that actually is my exact quest:
to help the New Testament Christian understand the audience of the Old
Testament message, so that they can hear it as it was intended. The Old
Testament truly is long long ago and far far away. Just reaching back to
Abraham, we’re reaching back … to 2,000 BC. … So this is ancient
ancient history, and it’s an entirely different economy an entirely
different social structure.

These folks are nomadic pastoralists who are very wealthy, but live in
an ephemeral society–meaning that they’re changing rotations regularly,
that their bread and butter is raising sheep and goats, and their
lifestyle is following the seasonal pasturage of their flocks. This is
radically different from 20th-century westerners. Radical isn’t even a
strong enough word.

… [T]hen, as we march through the tribal lineage of ancient Israel,
we’re introduced to a very patriarchal tribal culture in which kinship
ties are everything, … this very male, very clan-based society. Then
we move into the monarchy, which is … centralized.

All this to say it’s just a very different audience, and Israel itself
is geographically very different and economically very different. So all
of this makes for a message that sounds quite foreign to the modern
reader, whereas when you move into the New Testament, Hellenism has
already blanketed the Middle East, and Jesus is at least at some point
speaking Greek. This is a more urban environment, and people have
businesses and trade; it sounds more familiar. So I think that is the
essence of the change. I don’t think the message shifts that much, but I
think the audience does.

Are there ways we resemble the audience of the Old Testament more than the New?
I think we resemble both audiences in that the needs of the human
heart haven’t changed much. Just as in Abraham’s day, and in Peter and
Paul’s day, the average citizen is worried about the next meal, the next
mortgage payment, how their children are going to turn out and this
eternal ache in their souls. I would say that is common to the Old
Testament audience, New Testament audience, and contemporary audience.

… I love following the stories of Abraham, Isaac and Jacob, and
watching them stumble through real life, bumping into their God and his
expectations, messing up on those expectations, trying again. It
comforts me to see that David was a bad parent, and still, the kingdom
survived.

So I think sometimes the details of daily life are more visible in the
Old Testament, and so that would be a point of connection for a
contemporary reader. What I wind up telling my students all the time is
that the goal of great interpretation–and, therefore, great preaching–is
for the interpreter to be able to get themselves back into the shoes of
the folks whose stories are being told.

I’m always challenging my students to think about these characters in
the Bible, be they Old or New Testament, as real people who lived in
real places and had exercised real faith. As soon as these folks become
ivory-tower, pedestal icons, their struggles become irrelevant to us,
and their stories become distant. … I’m always trying to bridge that
gap by reintroducing historical detail and anthropological detail and
talking about real societal structure and the real civic laws that
structured their everyday lives: what they ate, how they farmed, that
sort of thing.

What is something that most people don’t know about the Old Testament?
I would say the structure of their society. I actually open up my
introduction to Old Testament with a lecture about what it means to be a
tribal society. One of the banes of biblical interpretation is
something the missiologists call ethnocentrism, where we, the reader,
assume that the folks in the Bible lived just like us. So we read their
life interactions as though they were situated in an upper-class little
suburb dangling off Madison Avenue and Highland Parks Colony. We miss
half the message.

… If you’re thinking American Indians or the Arab factions you see
throwing rocks at each other on the television screen–that’s tribal
society. And that’s what Israel was, and God chose to reveal himself in
space and time to a tribal culture, and so he adapted to that culture.
And if we’re going to understand the message of the Bible, we’re going
to have to do our best to get back inside that culture to do proper
interpretation and get around the message in real life.

How can we can gain a better understanding of life in a tribal culture?
[L]et me make it very clear that I’m not asking Christians to become
tribal. The culture in which the story of redemption is communicated
shifts regularly. We start off with tribal nomads, we move to a
monarchy, we move to an exiled province, and then we move to the
Hellenized, Romanized culture of the New Testament. So we’re not about
canonizing their culture; we’re just about understanding their culture.

I always wind up with audiences saying “Oh, so we should mimic the way
they structure their economy, or the way they blessed their children.”
I’m like no, no, no–you cannot become a pastoral nomad. You can’t do
that. (laughs) Not in today’s economy. But you need to understand it.

[T]he whole first chapter of … “Epic of Eden,” is about tribal culture
and what it means to be patriarchal … and how this value system
shaped all of Israel’s history, even into the New Testament, so that
when Jesus names God as Father, he’s actually operating out of a
patriarchal mindset. And when he speaks about his father’s house, in
John 14:2, he’s talking about the family compound. And when he speaks of
having come as the firstborn to share his inheritance with us, this is
all tribal law–he has some very specific cargo that he’s trying to
communicate to us. So our job is … to do our best to understand it so
we can get a handle on the message.

Is understanding the context of the Old Testament essential to understanding the meaning of what Jesus taught?
I certainly believe with all the campus ministries and Four
Spiritual Laws and tracts … the simplest presentation of the Gospel
message can bring someone into the Kingdom–but … that is just the tip
of the iceberg. Who Jesus was, the message he came to bring, the promise
he came to fulfill, the lineage that he comes as the final
representative–all of these things are Old Testament messages.

I often will joke with my students that if you want to, you can listen
to your favorite album on a cheap, one-speaker AM radio, or you can
listen to it on Dolby surround sound. Make your choice. You can have one
three-step presentation of the Roman Road, or you can come to realize
that the last Adam of 1 Corinthians is the typological representation of
the first Adam that stood in the Garden, and that the reason Jesus
needs to be tempted by Satan in the wilderness is because the first Adam
was tempted by Satan; the first Adam failed the test, and the second
Adam didn’t.

When Jesus stands on the mountain and declares a new law, he’s not
coming up with a new idea–he’s standing on the mountain like Moses did
and declaring to a new people, “I am the new lawgiver.” When he breaks
his bread at communion meal, he calls himself the new Passover and tells
his people, “I’ll put my blood on the lintels of your house and the
death angel will pass over.” All of these messages are as old as the
hills. We truncate them into this one final expression, and I think it
cheapens the message.

Do Old Testament Prophets have something to teach us that is not just a precursor to the coming of Jesus?
Oh, yes, indeed. The Prophets actually spent most of their time
confronting social injustice that specifically breached God’s covenant
law. The role of the prophet, primarily, was to come to the people and
to the king and to say to them, “God has given you this law by which you
are required to structure your lives, and you’re ignoring that law …
so I’m going to stand in the public square and announce how you are
ignoring and breaching that law.” I think our culture could definitely
stand a prophet taking his position in the public square and pointing
out our compromise to God’s calling.

And Hosea and Amos … what they’re shouting at Jeroboam II is that
you’re wealthy and you’re politically secure, and you’re using your
wealth and your political security to abuse and oppress the poor. You
are busy decorating your house with ivory while the widow is starving in
the streets, leaving her there to die. You have folks like Isaiah
standing up to the kings and saying: “You’re busy plotting out your
entire national agenda without any attention to the lordship of Yahweh,
of God, in your nation’s life. I’m challenging you to pay attention to
his lordship before you make your national strategy. Pay attention.”

All of these messages I think are quite contemporary. 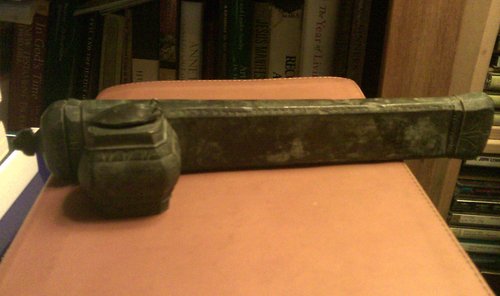