Good Hobbits are Hard to Find— Filming ‘The Hobbit’ 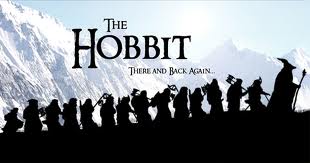 I am happy to report that things have finally firmed up when it comes to filming the Hobbit (in two parts and in glorious 3-D).   The filming itself will begin in Feb. 2011 with the first film out in November 2012, and the second one thereafter.  The casting is also complete and includes  Martin Freeman as Bilbo (the same actor who is currently playing Watson in the BBC TV show about Sherlock).   Ian McKellen will reprise his role as Gandalf, and we will also get more of Cate Blanchett and Hugo Weaving.

Thank goodness Peter Jackson will be fully in charge.   Since there will be two films, we may count on the second one filling in gaps between what we read in The Hobbit, and the beginning of the Lord of the Rings sagas, so it would appear that some of Tolkien’s other less well known stories and fragments  (could we have Tom Bombadil please).

With the conclusion of the Harry Potter adventures due next summer,   fantasy buffs will at least have the Hobbit to look forward to.  Meanwhile we are holding our breath to see how good The Voyage of the Dawn Treader will be.