Lands of the Bible 2010–Philippi

The two most important Biblical sites in Greece from an archaeological point of view are Corinth and Philippi. There is very little to see at either Berea or Thessalonike from the first century era.  But Philippi is an embarrassment of riches and this post will focus on it. 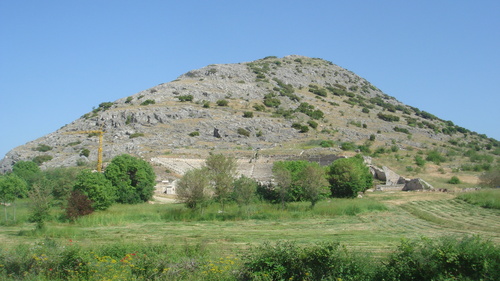 Philippi, named after the father of Alexander the Great, was an important city long before the time of Paul. It was the site where Octavian and Brutus clashed in the aftermath of Caesar’s murder.  The city had an acropolis (see the picture above) a substantial city below including a theater, and there is also now the site beyond the city by the river where according to tradition Paul met Lydia and her household and they became the first converts in what we call Europe. There was however no such region or designation in Paul’s day and it is doubtful Paul would have seen crossing the Hellespont as some watershed step in his ministry.  The residents of Philippi were after all Greeks, Romans, and some Thracians, and not notably different from those he encountered in Greek cities in Turkey, such as in Ephesus. 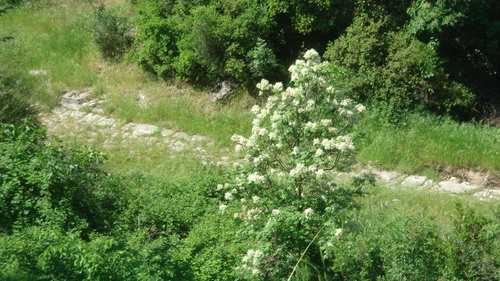 The city was important, not least because it was on the main east west road—- the Via Egnatia (see above) which connected Rome with the east. The city was a Roman colony city, which is to say a city where Paul had a natural social advantage being a Roman citizen. 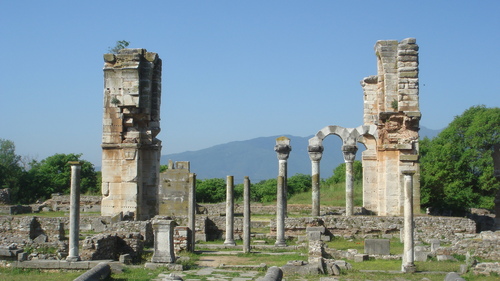 The city can lay claim to being the first predominantly Christian town in the western Empire as there was a continuous and growing presence here from the mid-50s right on into the Middle Ages.  Here you see some of the Roman ruins, in particular the monumental structure of a Roman bath. 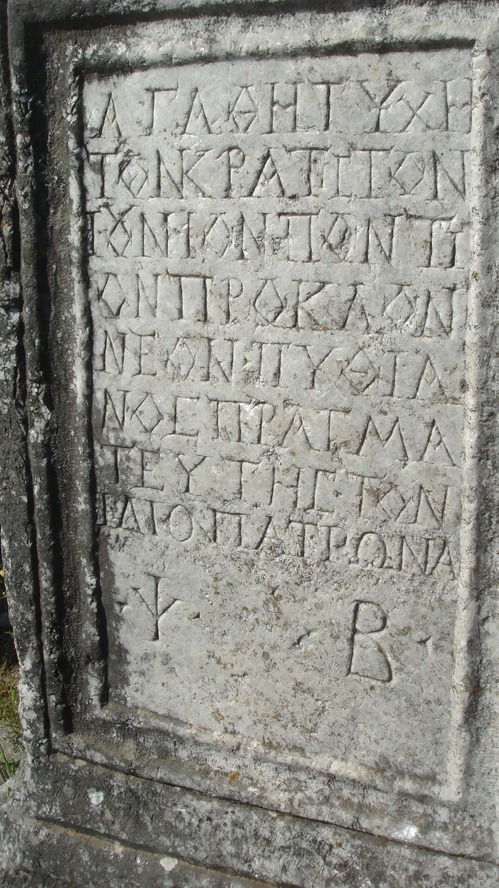 As this stele attests, the Philippians had a proud heritage, and it is not a surprise that Luke calls the city the ‘first’ city of the area, even though Thessalonike was much bigger and more of the governmental center of the region.  First in honor rating is probably what Luke meant. 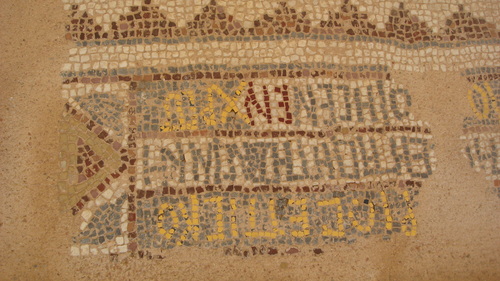 Recent excavations have been focusing on later Byzantine Christian buildings, with Mosaic floors such as the one depicted above. The basilica of St. Paul in this city was an important major church. 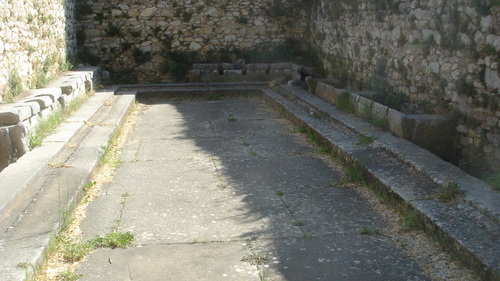 Above you see the public toilets at Philippi, where I encountered a very large green snake!  Fortunately he was as frightened of me as vice versa. 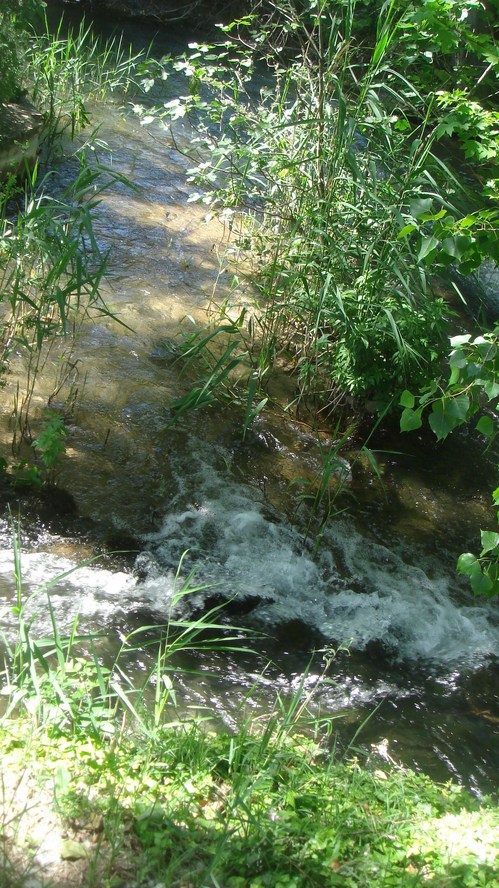 Here is the little stream where, according to Acts, Lydia was baptized by Paul. There is today a beautiful little chapel of Lydia and Paul near by where one can have a time of worship and singing. 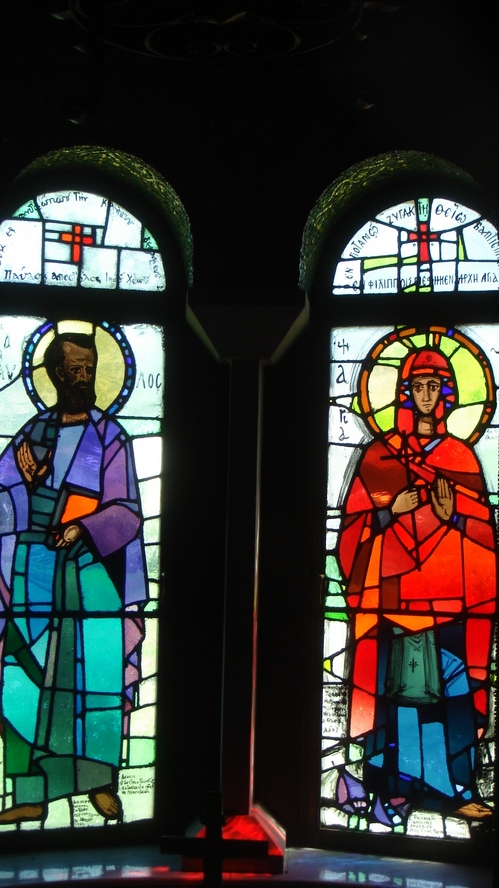 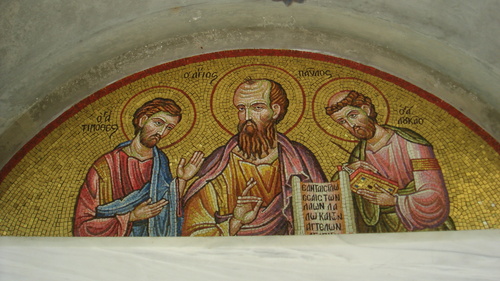 It would be hard to over estimate the importance of Paul converting a high status woman like Lydia who could provide a household where the fledgling Christian church could meet.  As I will argue in my forthcoming Eerdmans commentary,  Lydia was a dyer of purple cloth using the murex dye from sea shells. This whole enterprise of producing royal purple garments was franchised by the Emperor himself to people like Lydia.  These persons were said to be among the household of Caesar, and this may explain the greetings at the end of Philippians from that group.  Lydia may well have been in Rome on business.  More certainly as Phil. 4 makes evident there were women leaders in this church working side by side with Paul in the Gospel, which is why it was urgent for Paul to address their squabble in this letter.  Philippians is the letter which most clearly contrasts the commonwealth and citizenship we have in heaven where Jesus is Lord, to the one more familiar to proud Roman citizens in Philippi. Paul was not opposed to civic virtue or Roman citizenship, indeed he used his own when he needed to, including using his get out of jail free card there.  But Paul wanted the Philippians to set there sights on something higher and better.