Lands of the Bible 2010–Meteora 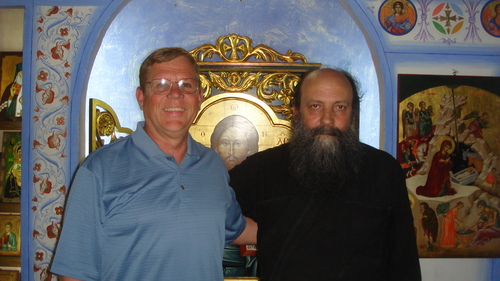 Meteora is an interesting place, rather like Capadoccia in Turkey (on which see a later post on this blog). Only instead of Christians being under ground, at Meteora they are up in the air, on top of cliffs in monasteries. One of the things Meteora is famous for is its artisan workshops where icons are made and painted.  Icons, despite some Protestant polemics are not worshipped in the Orthodox tradition.  They are seen rather as windows on heaven,  depictions of the saints in light of heavenly glory.  The monk/priest above is an icon painter and he was kind enough to let me take his picture while painting and afterwards he signed an icon for me.   Below is the triptych style icon he signed for me. 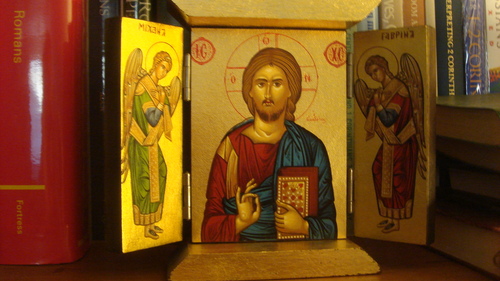 Here are some of the other icons painted in this shop, some of which are huge— 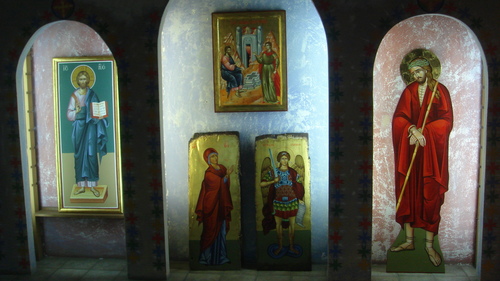 You may not be familiar with the iconoclastic controversy in church history but basically the term iconoclast meant a person adamantly opposed to icons and their theology.   The art of painting icons is interesting involving things like egg tempura and gold leaf, and many famous artists began as icon painters— for example El Greco.   Here below you can see the monk painting the icon. 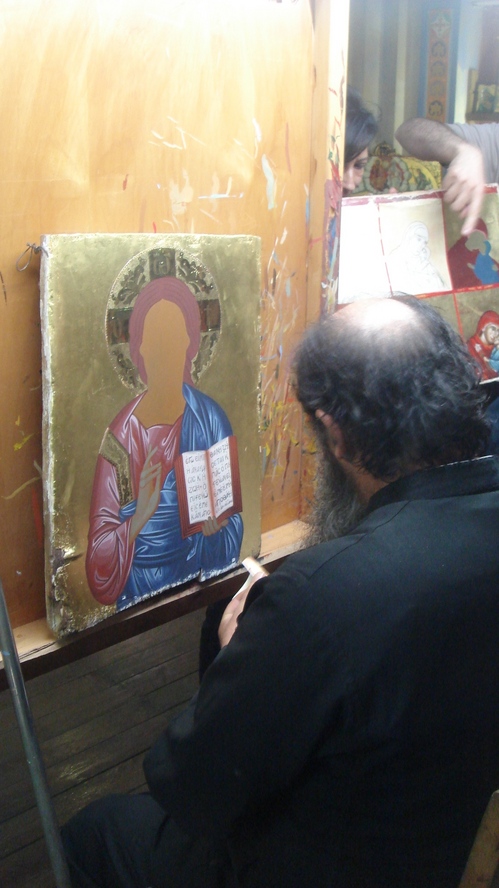 You may also remember the site called Meteora since it was in a James Bond film,  I believe in For Your Eyes Only. Below is a picture of one of the many cliffhanger monasteries. 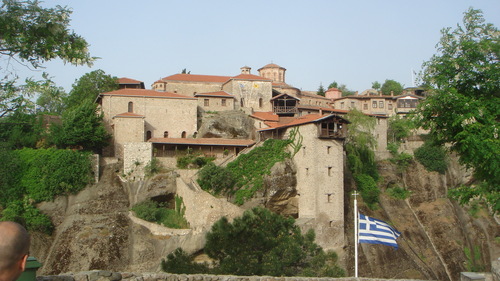 The cliffs themselves are interesting and odd and stand out from the surrounding landscape. 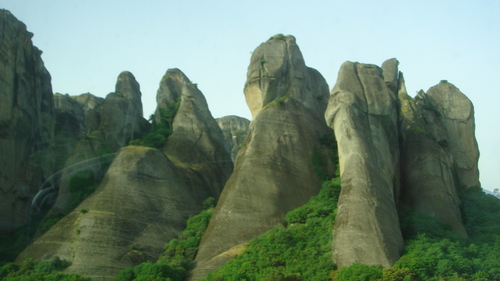 These cliffs are not made of the tufa rock found in Capadoccia which is so soft and led to the carving out of cave churches.  There are still various monasteries in this place, but the number of monks seems to be dwindling and this concerns many.  Greece, as its flag suggests is officially a Christian country, but as for how many actual practicing card carrying believing Christians there are,  that is another matter, and still another matter is how many priests there are.  Our guide James grew up in a Greek Orthodox family and became a tour guide, and he told me quite frankly that there are only 3 real practicing and believing Christians amongst all the tour guides in the country who do the Christian tours.  We were fortunate to have him.

The paintings in the various monastery chapels are spectacular— 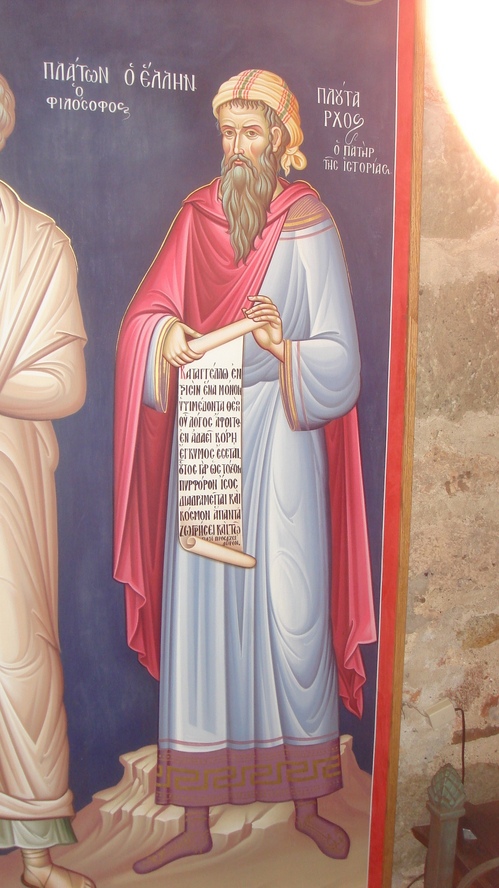 There are some interesting saints on the wall. The above is Pythagoras, as in the Pythagorean theory.  And below we find yet another monastery perched on a bluff. 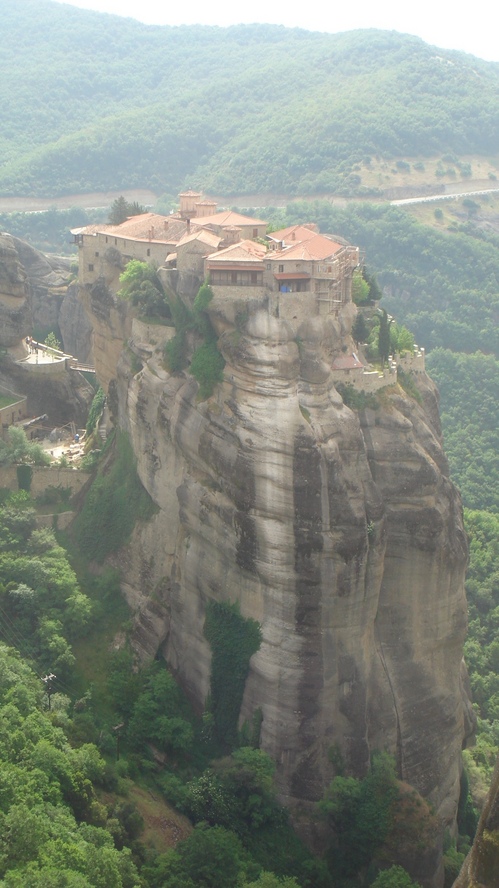 It used to be the case that the monks got to some of these monasteries by being hauled up in a basket to the top.  My tour group didn’t want to try that means of entry. Meteora is a place of spiritual pilgrimage, and I would encourage a visit. Our next stop will be Philippi, where we will explore where
Christianity first took hold in Greece.
read next post