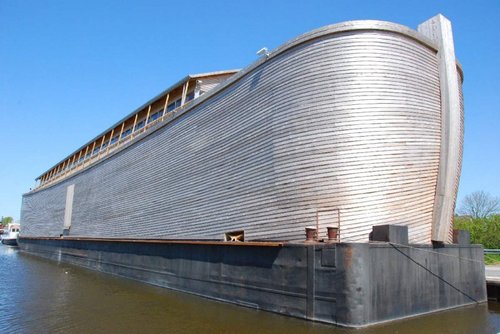 In a story released just today on Fox News, we have new claims that Noah’s Ark has been found in eastern Turkey. I heard rumors of this last May when I was in Turkey, but only now has the team exploring the matter gone public. Here is the link to the story.

The above picture is simply a modern replica model of Noah’s Ark, and before we jump on the Noah’s Ark bandwagon (or in this case boat) a few things need to be said.  Firstly, at least three times in my lifetime people have claimed to find Noah’s Ark.  John Warwick Montgomery, the famous apologete even wrote a book about it in the 70s (In Search of Noah’s Ark). .  It proved to be at best an ark  shrine not Noah’s original equipment.   What do I mean by an ark shrine?   We know that since ancient times, people have been searching for Noah’s Ark.  Indeed, in NT times there was a little village in Turkey that minted coins with Mr. and Mrs. Noah on it, claiming they were the village near the spot where Noah landed!   People, ancient and modern have been making pilgrimages to the Ararat mountain region,  and at various points in history, it appears some enterprising souls have set up ark shrines, with some replica elements, to encourage tourism (and indeed to collect tourist denarii).  This has been going on since time immemorial.  It is possible another ark shrine has been found, like the one found in the 70s, only this one seems more substantial.  Here is a picture from Fox News (below) of one of the Chinese Evangelicals who claim to have discovered the ark.  Apparently he is inside the boat looking at the timber beam construction in the glacier 11,000 up in the air. 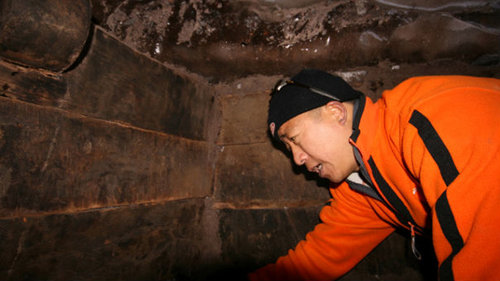 According to the initial published report, the carbon dating of the wood gives it a date, plus or minus,  of about 2,800 B.C.  Now this date, it appears to me, is far too recent, but since we do not have exact chronological markers in the OT, it is hard to tell. The genealogies are not much help since they are segmented, and also selective and incomplete.    There is also the further problem that what the Hebrew in Genesis says is not that Noah landed on some mountain named Ararat, but that he came down somewhere in the ‘Ararat range of mountains’ which is a different matter altogether.  What I am prepared to attest to is that geologists have long pointed out that there is clear evidence of a huge flood in the ancient near east, a flood which was spoken of not only in the Bible but also in Enuma Elish another ancient source as well that tells the story of a Noah like figure named Utna-Pishtem (see Heidel’s    Babylonian Genesis ).  The evidence suggests a flood of the then known world, not a world wide flood as we would consider it today.  And indeed it would take one whopper of a flood to put a boat 11,000 feet up on a mountain in eastern Turkey.   We will leave to the flood geologists and oceanographers the issues of how big a flood it would take to put a boat where this team of explorers say they found it.    But it would not take a flood at all to build an ark shrine replica up there just some very enterprising ancients.

So,  at this juncture we must say ‘non liquet’  not proved.  I am willing to say however, ‘not impossible’, and so we should abide our souls in patience and wait and see what further study of the site proves (or disproves).  In the meanwhile,  we might all enjoy going back and listening to that wonderful dialogue Bill Cosby created long ago… between God and Noah… 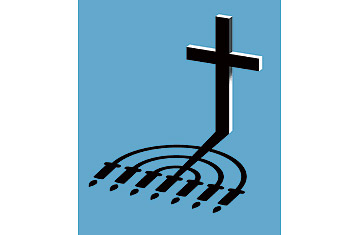