Do you Know Beans about Beans?– the Story of Coffee, the First Christian Beverage 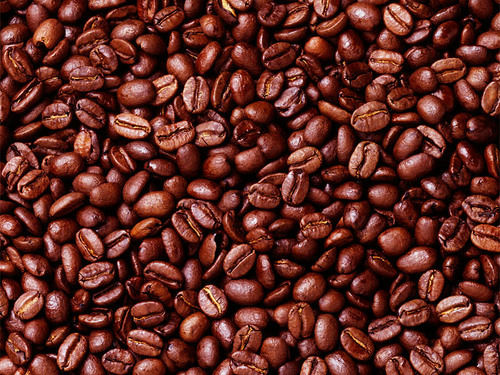 Two of the things I had to learn whilst owning a coffee shop in Wilmore Kentucky for five years was: 1) what are the best coffee beans; and 2) what is the story, the history of coffee?   On the latter front, you can now watch the very entertaining and largely accurate Nat Geo special called “Coffee: From Beans to Buzz” and you will learn perhaps more than you bargained for when it comes to coffee.  For the purposes of this post I want to review just a few facts.

The story of coffee as we know it does not begin with the mythical figure Juan Valdez from Columbia, it begins long ago in Ethiopia.  If there is one coffee bean that bids fare to be the original coffee bean it is Ethiopian– Ethiopia’s Yergacheffe bean (also spelled other ways).  The story is told about Ethiopian goat herds who noticed that their goats got more bounce to the ounce when they ate the beans off certain bushes.  So being smart goatherds, they tried the beans as well, roasting them over a fire, to the same effect, and then they got really smart and began trading with the beans or selling the beans to local Ethiopian monks.  It was those monks in the desert, which is freezing cold at night, who roasted and crushed the beans, and apparently first brewed the beans and voila— coffee, the first Christian beverage.   But that is not all.

The art of making coffee was something that was passed on from monastery to monastery, and there were various refinements– for example in Italy.  Did you know that the term capuccino comes from the color of the Capucchin monks robes which is like the color of the beverage?   Yes indeed. And the association was a natural one since those monks had been brewing beans for some time.  Now of course it is true, that travelers on the spice road and merchants in the Middle East also got hold of Ethiopian coffee beans and exported them north, and east ,and west.  Turkish coffee is certainly one of the earlier forms of the beverage as well, and it was this form of coffee that became more widely known in Europe due to both the spread of the Ottoman Empire, and its later contacts with and negotiations with such Western powers as Great Britain and France.  But what about coffee in America?   Well that is a sadder tale.

The rise of widespread coffee drinking in America can be put down to the Great Depression, where it was the cheap beverage of choice served to those in the breadlines. And of course the rise of coffee drinking in America paralleled the rise of the industrial revolution and the mass producing of things.  And here is where the story of coffee in America goes horribly wrong.   Originally, coffee, if we are not talking about cowboy coffee, was a beverage you got in grand hotels– like the Maxwell House Hotel in Nashville,   Hence the name of the Maxwell House brand coffee.  The mass producing of coffee, in my opinion led to the ruination of good coffee in America, and the conditioning of Americas to drinking bad coffee, any coffee so long as it was hot, strong, and caffeinated.   This is still a problem.

Coffee beans like any other product loses their freshness and flavor over time.  And if one roasts, grinds, and packs the beans in cans to sit on shelves for who knows how long, you are simply asking for mediocre flavorless coffee at best, and bad bitter coffee at worst.  Ever seen a bitter coffee face— I bet you have. Here is something few Americans seem to know— coffee beans are not inherently bitter. Indeed if they are roasted and ground and brewed when they are fresh, the coffee is indeed semi-sweet. The Turks knew this, and to this day if you drink real Turkish coffee you will discover it needs no added sugar. The ground pulp of the bean is sweet enough.  So, in owning a coffee shop I had to become something of a scholar of coffee and its history– and some of the history of coffee in America was just plain depressing, as in the Depression.

There are in fact many ingredients that go into having as truly good and flavorful a cup of coffee as is possible.   Firstly you need to have as fresh a beans as you can get, with as little time between the roasting and your consumption as possible.  The vacuum packed bags are helpful, but still coffee has a shelf life.  Secondly, it is always best to grind your own beans. This need not be complicated if you have an all in one Cuisinart coffee maker like I do which grinds and processes the beans and makes the coffee for you. No muss, no fuss.  Thirdly, you need to use a decent filter to filter the grounds– I suggest the less porous sort.  Fourthly, you need good water—- preferably purified water.  The water in Kentucky has a high limestone content, so we have to use our Brita filtering of the water to make good coffee.  Fifthly, it ought to go without saying that you must thoroughly wash all the components of the coffee machine between pots of coffee. This is especially so when it comes to washing the pot itself, which needs to be stainless steel (accept no substitutes).   Then, of course you need to know what the heck you are doing in picking out beans.  if you don’t know beans about beans, here is a starter kit.

Firstly, you likely have heard of the major suppliers of coffee beans in America— Starbucks (duhhh), Seattle’s Best,  Peetes, Caribou, are the major chains which can provide you with beans, but of course you can order them directly online from Consumer’s Choice and other companies.  Of course it is true that it all depends on your taste buds.

A few things to bear in mind:  1) decaf not only leeches the bean of a good deal of its caffeine, it also leeches it of its natural flavor as well. Decaf, does not however mean no caf!;  2) flavored beans are just that– beans with flavor added.  But there are so many wonderful different natural flavors of coffee bean that you should try them first; 3)  you will have heard the terms dark roast, and small roast etc. perhaps This has to do with both how long the beans are roasted, and in what quantities.  All other things being equally, small batch hand roasting which is the practice of a company like Peete’s  seems to produce a more consistent batch of similarly tasting beans.  The darker the roast, the bolder the flavor, but this does not necessarily mean the stronger the coffee!   That of course has to do with a variety of factors including degree of caffeine.  4) You may also have heard terms at Starbucks like free range or the like.  This is an attempt to make sure the beans are grown naturally and properly and picked when they are ripe, and also there are attempts to be sure to support the small coffee farmers all over Latin America, Africa, Asia, Hawaii and elsewhere that produce coffee the right way.  5) repeat after me—  “coffee left in the pot goes to rot”.   Drink it while the coffee is hot or warm.  If you let it sit and get cold over a long period of time, you lose flavor and it does become more bitter.  6) despite the hype there is not more caffeine in espresso than in regular coffee. It is simply a more concentrated form of the pulp that you get with espresso.

Now finally one more thing.  A few beans I can commend to you.

From Caribou I recommend their Obsidian.  Its a nice rich dark  flavorful coffee.

From Peetes there are several to choose from, but I suggest going with their Sumatra,  It is close to the original Java that came from Java.

My personal favorite is Seattle Blue Nile,  the smoothest of all these coffees which has a nice distinctive aroma and taste without being too strong. It is somewhat hard to find, and no, it is not a Starbucks coffee.

If you have to go with Starbuck’s beans, the Italian Roast is alright,  and better yet go with the original— Ethiopian Yergacheffe.

And lastly, real, unmixed Kona coffee from Hawaii is very good. I once had the privilege of picking some beans from their trees at one of the plantations and watching the small batch hand roasting process while Ann and I were on our thirtieth wedding anniversary trip.  This was one of the highlights.
Hope this post makes you perky 🙂 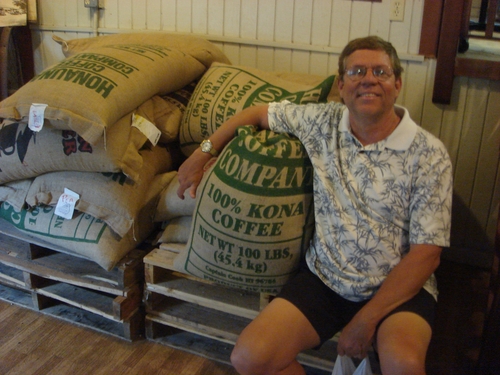