The Seduction of Power– the Tiger Woods Story 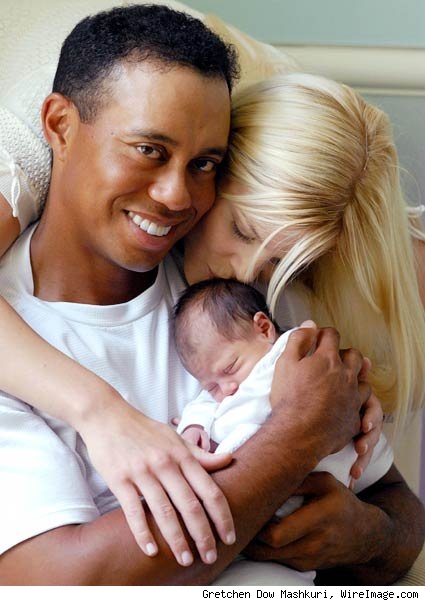 By now the adage is familiar— ‘all power corrupts, and ultimate power corrupts ultimately’.   What this adage does not tell you is that with power comes isolation.  It’s lonely at the top, and often those at the top stop listening to those whom they no longer consider peers, friends, mentors, advisors. In addition there is the further problem for the famous that in order to have some modicum of privacy, they deliberately hire body guards, sychophants, agents, a whole coterie of people to put a barrier between themselves and the prying eyes of the world.  But what is seldom discussed is that this barrier has two effects– it not merely keeps people, ideas, contact out.  It also secludes the individual, it keeps them in.  And they are left to their own private judgments, their own self-talk.

And of course the self-talk of the now famous and rich is full of pride and arrogance and sheer stupidity.  They begin to believe they are bulletproof.  They begin to believe they can get away with most anything without anyone noticing, without their getting caught. Fortunately, in a free society and with the ever lengthening tenacles of the media, “the eye in the sky which does not lie” usually catches up with you. ‘Be sure your sins will find you out’— especially in the age of tabloid journalism and the anything goes attitude on planet paparazzi.

But here’s the thing. The effect of power and money on an already self-centered fallen human being is so seductive, that a person begins to believe their own lies.  They begin to believe they really are immune to the eye in  the sky,  immune to consequences when they sin.  They believe that ‘its easier to get forgiveness, than permission’ and so ‘sin in haste, repent at leisure’.  The well-heeled begin to believe that because in some one aspect of their life they are exceptional that they are the exception when it comes to being caught for doing something wrong.  They believe that even if they make a mistake they have enough agents or lawyers and spin doctors that they can spin their way out of the situation, or at most get a slap on the wrist and then move on.

Unfortunately marital infidelity, even when it comes to the rich and powerful, always has consequences, and they are always unpleasant, always more enormous than the top dogs ever could have imagined them to be in advance.  Instead of realizing that ‘to whom more is given more is required’, instead of realizing that public figures should hold themselves to a higher standard of rectitude since they are being looked to as examples, they think just the opposite.  They think that since they are exceptional in some one way that they should be exempt from consequences for misbehavior.

Fallen human beings, by which I mean all of us, have an infinite capacity for self-justification,  for rationalizing all kinds of things.  I once heard a pastoral counselor say that if you put the hormones or libido in one hand and rational thinking or good intentions or even good upbringing in the other— put your money on the libido to win out.

And here is the thing.  Sin is not rational.  In fact it is the ultimate choosing of pleasure over what is rational, choosing of feelings over facts,  emotions over logic, and so on.  Whether the feeling is lust or anger or jealousy or whatever, feelings are notoriously unreliable guides to what is right and wrong in a situation.

‘Go with your gut’ is really bad advice if by ‘gut’ you mean feelings.  This is like saying ‘sick ’em’ to an attack dog.  Fallen human beings all have primal instincts, no matter how much they may mask them, and when you are a fallen self-centered person letting your feelings run your life, eventually your feelings ruin your life. This doesn’t just happen to the high and mighty it also happens to the down and out, only far less visibly and with far fewer mea culpa interviews.

Look for a moment at the picture at the top of this post. It looks like a beautiful domestic shot. All seems well.  But all was not well.  The infidelity somehow went on for years, and with several women apparently, before the situation imploded. And isn’t it amazing that it took hitting a fire hydrant to cause everything to unravel?  It’s like the flying fickle finger of fate reached down, pointed, and said “o.k. we’ve had enough of your nonsense, its time for truth AND consequences.”  Only it was not the finger of fate that did this to Tiger Woods, it was the hand of a God who loves everyone but is especially protective of the wronged, the oppressed, the innocent victims.  The persons we should feel most sorry for in this whole tragic mess are Elin and those two children.   I sincerely doubt this all would have happened if the major moral influence in Tiger’s life had still been around– his father, the teacher, the disciplinarian, the hall monitor.

It has been said that a son finally learns who he really is, once his father has passed away.  I have pondered that saying for the last whole year, since my Dad died.  My hope has always been that I would in no way disappoint my father, for he was a good and godly man and I miss him a lot. Today, on this day when ABC has reported that Elin is filing for divorce, leading to all sorts of consequences for her and those children,  today I would hope and pray that Tiger Woods would get down on his knees and not merely remember the example of his father but have a heart to heart with his Heavenly Father, who is the only one who hears in absolute secrecy and will not tell, the only one he can now absolutely trust, and ask for his life to change– change drastically.

The danger is, Tiger will just harden his heart, blow off the whole situation, pay off the divorce settlement, learn nothing, and go back to playing golf sooner rather than later.  The danger is that this crisis will just make him bitter not better.  But he has a choice.  He has a choice as to whether his life turns in a better direction or a worse one.   My prayer would be he makes the better choice.  It is the road less travelled these days, but it will make all the difference. Not just for himself but for his family, his Foundation, all those kids who look up to him, and his fellow golfers whose very livelihoods depend on this man to a large extent.

Somewhere there is a baby very much like the one pictured above, a dark skinned child in a manger that is beckoning Tiger— and what he is saying is, ‘turn around, and come home’.  All can be forgiven,  but repentance and a changed life is required. My prayer is that Tiger learns today that “wise men still seek Him”, and for good reason.  He’s the only one who can really help now.