I was reading a withering review (no not by me) of Robert Price’s recent salvo, Jesus is Dead, published by one of the atheistic presses. This book is not merely an assault on the idea that Jesus rose from the dead, but an assault on the notion that Jesus even existed, and in the process an assault on logic and historical evidence as well.  Here is the link to the review by Tony Costa, which appeared in the latest RBL….

(N.B. You may have to be a subscriber to the RBL to view this. Here is the link to the page on which the review’s link is posted— http://mail.live.com/default.aspx?wa=wsignin1.0).

In any case,  one of the things that movies like ‘The God who is not There’ and the Zeitgeist movie, and Robert Price’s book have in common is a reliance on the old, and now long since out-dated and refuted notions of the Religionsgeschichte Schule when it comes to the issue of Jesus and the origins of Christianity.   It seems that my former Gordon-Conwell classmate, Bob Price, and various others as well did not get the memo that these sorts of arguments are inherently flawed, have often been shown to be flawed, and shouldn’t be endlessly recycled if you want to argue cogently that Jesus didn’t exist and/or didn’t rise from the dead.

What is the Religionsgeschichte Schule, and why is this school now closed?  The history of religions approach to early Christianity, and to Jesus himself, involved as its most foundational assumption that the origins of what we find in the NT in regard to Jesus, resurrection, etc. come from non-Jewish culture of various sorts, particularly from Greco-Roman culture, but also (as the Zeitgeist movie was to remind us) from Egyptian sources.  In short, anything but an origin in early Judaism is favored when it comes to explaining the NT and Jesus.

And herein lies the problem, for the New Testament is Jewish from stem to stern.  In the Gospels Jesus doesn’t run around debating mystery religions or the immorality of the soul or Stoic notions of pantheism, he has arguments about Corban, and laws of clean and unclean, and resurrection, which is certainly not a notion that is equivalent to the Greco-Roman idea of immortality of the soul, nor did it derive from Egyptian ideas about the afterlife– which according to the Egyptian sources takes place in another world, not back in this one, as the idea of resurrection entails.

Paul, instead of relying on Greco-Roman ideas about salvation in order to convert Gentiles, draws on his Pharisaic background to argue for the reality and materiality of the bodily resurrection of Jesus– a notion scoffed at in Athens when Paul brings it up (Acts 17) but firmly defended by Paul to his largely Gentile converts in Corinth (1 Cor. 15).  When Paul expresses his own hopes about his own future he does not wax eloquent about longing to go to the Elysian fields or to dwell in Hades, or to join the immortals on Mt. Olympus, no he talks about desiring to “obtain the resurrection” (Phil. 3.10,21), a thoroughly Jewish notion which Paul shared with Jesus and other Christian leaders like Peter, James, and John.

I am not suggesting that there is no trace of the influence of Greco-Roman ideas in the NT. There is for example, an allergic reaction to the notion of the Emperor cult at several points in Paul’s letters.  But even when some philosophical and ethical ideas from the Greco-Roman world are used to help explain the essentially Jewish thought and religion of Jesus, it is used like mayonnaise on a sandwich, to lubricate the discussion along.  It is not the meat in the sandwich.  There is no evidence whatsoever that the core of the Gospel about Jesus, or the story of Jesus is created out of Greco-Roman ideas or Greco-Roman myths.   This claim is itself a popular urban myth.

Let’s take for example the story of the virginal conception, long a whipping boy for those wanting to say that the story of Jesus is a retelling of earlier Greco-Roman stories. The argument goes as follows– the Emperor is said to have been conceived by means of divine rape, intercourse between one of the Olympus dwellers and a mere mortal woman. Though there were such stories around during the Roman Empire: 1) the Romans themselves knew perfectly well it was a pleasant fiction created as a legitimizing device so the Emperor would be seen to have divine power and authority, and 2) Jews found such stories abhorrent and repellent, not least because they completely violated their notions about the moral character of the One God of the Bible.

The attempt to ignore or dismiss the Jewish abhorrence of such ideas and stories simply will not work.  And in any case, the story of the virginal conception is not a story about Mary having intercourse at all with anyone. It is a story about God in the person of the Holy Spirit giving her the miraculous gift of a child without intercourse and the normal means of impregnation.  This story would hardly work as a Greco-Roman story because in that patriarchal culture what was most needed was connection to a divine father or mother whose divinity one in some sense carried on.

The only parent in the virginal conception story is a poor Jewish girl named Mary who is entirely and fully human, conveying no divinity to Jesus at all.  Indeed, the story of the virginal conception rather than being a legitimizing myth, nearly delegitimized the story of Jesus in the minds of various Jewish listeners because: 1) they did not interpret Isaiah 7.14 to refer to a virginal conception; 2) they mostly expected a messiah whose father was a descendent of David; and 3) the very character of the story is such that it suggested  to the skeptical instead of legitimization, that Jesus was an illegitimate child.  This is precisely the argument we find in the debate between Origen and Celsus. Mary in one Jewish source is said to have been impregnated by a Roman soldier named  Panthera (not to be confused with the rock group!).

This is but one small illustration, but it makes the point– the Gospels, indeed the whole NT have a profound indebtedness to early Judaism and Jewish ideas about salvation, this life, resurrection, heaven and hell,  clean and unclean, the sabbath, circumcision, the nature of God etc. They are also suffused with the Jewish concern for history, for their God was a God who intervenes in history, and they were not looking for a mythical messiah, but rather a flesh and blood one who would rescue them from their oppressors.

The universe of discourse is again and again Jewish, not Greco-Roman at its core. Thankfully the vast majority of scholars,  Jewish, Christian, or of no faith at all have long sense realized that the NT and its ideas, and Jesus himself cannot be explained or explained away using the tired old arguments of the Religionsgeschichte Schule.  The discussion has moved on, but those most determined to exorcise Jesus from their historical worldviews have ignored or are ignonrant of the fact that their arguments are not cogent and will hardly persuade anyone except those who already want to believe such things.

Of course unfortunately, most readers in the 21rst century don’t know the history of Biblical scholarship, don’t know about the origins of the Religionsgeschichte Schule in Germany during a period when anti-Semitism was rapidly on the rise, and therefore there was a need to explain away the Jewishness of Jesus and the NT (remember the Jesus was an Aryan argument?), and so they now find these sorts of arguments useful or even compelling in the attempt to banish Jesus from the halls of history and relegate Christianity to some third rate Greco-Roman rehash of a religion.

Just how weak these arguments are can be shown by the fact that Bob Price once more resorts to trotting out the example of Apollonius of Tyana a
s a tool to explain where the miracle stories in the Gospels come from.  Alas for this sort of argument, Apollonius is too late a figure to be of any use in explaining Jesus or those Gospel stories, stories which Paul and others already knew about long before the Gospels were written in the last third of the first century A.D.  No one was writing about Apollonius in the first century A.D. His biography by Philostratus doesn’t show up until the third century A.D., much too late to be of any influence on the canonical Gospels at all.

And of course in the bargain, in order to argue the hard case that Jesus didn’t exist one has to dismiss the evidence in Josephus, Tacitus, Suetonius and early rabbbinic sources that he did.   Me thinks the Price is not right, when it comes to these sorts of desperate arguments.

Of late atheism and its frantic attempts to make Jesus and Christianity disappear have gotten a lot of press, but unfortunately the press that is doing the coverage does not know that though these arguments seem au courant to some, in fact they are passe.  And the worst part is,  they are an insult to Judaism, and to the early Jewish Christians and God-fearers who produced the whole of the NT. Most of all they are an insult to the historical Jesus who was and is a Jew.

It is ironic that it was the Christians in early Christian history who were called ‘atheists’ (from a-theos, without God) by pagans because they did not believe in the Greco-Roman gods and goddesses.  Today’s atheists are just the opposite– anti-Christians who are so consumed with the attempt to make Jesus and Christianity vanish that they cannot see that their logic is weak and their historical arguments implausible. 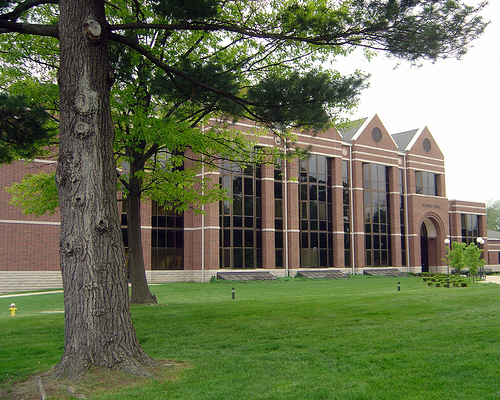