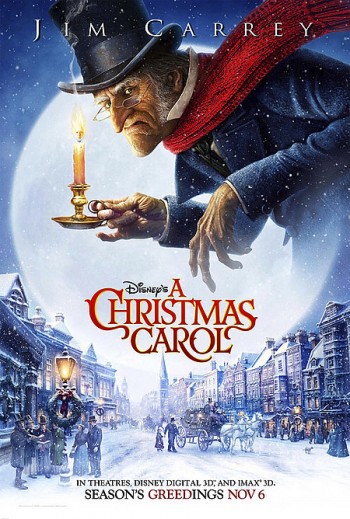 Jim Carrey has already grinched his way through a previous Christmas, and now he gets to see if he can top that by Scrooging his way through this one.  I went to see this movie in 3D and one has to say that both the motion capture technique and some of the 3D effects are marvelous, but this movie has the same problems that the first edition, in 1843, of Dicken’s Christmas Carol had…. too spooky for the kids, particularly the small ones, and too dark and defuse to convey adequately the warmth of Christmas, except briefly at the end of the film.   Robert Zemeckis who directed this hour and half extravaganza in visual effects says his next project is doing a motion capture of his hair so it can be drapped over his noggin more fully.  But its not what’s on his noggin but what’s in it that is the issue here.   First the good news.

The good news is that Jim Carrey does a good job of being Scrooge, and Bob Hoskins is fine as old Fezziwig, and Gary Oldman puts in a fine performance as well.  And honestly the motion capture in 3D and some of the set pieces just blow you away.  But there are other scenes which are quite underwlhelming.

The ghost of Christmas past follows very faithfully the description in the original version of a Christmas Carol, but the poor spirit ends up looking like a dripping candle while he tries to wax eloquent.  He has too much of a Cheshire cat grin as well.  And the jolly red giant ghost of Christmas Present laughs excessively, endlessly,  annoyingly.   Too much time is spent dragging Scrooge through the air and doing chase scenes that are pretty pointless.  Too little time is spent on what makes Christmas special.  We do actually get some Christian Christmas carols (since Dickens wrote well before most of the secular American one’s were written) and we do see people going to church, but Jesus is hardly mentioned at all, and in fact there is one disparaging passage taking a pot shot at ministers of the Gospel, which is both pointless and unnecessary, which is why the critics are about equally divided in the thumbs up or thumbs down category on this movie.

If you are a movie buff, and also you want to get the feel of some of the oddness of Dicken’s original version of the story, and you love 3D and motion capture, this is an interesting film with some good acting and as a bonus Andrea Boccelli sings an actual Christmas song during the final credits.  But on the whole this movie is too scary for most younger children, it ends too abruptly without the full effect of the final warmth of the story and the transformation of Scrooge, and of course— once again, Christ is left out of Christmas.  This film is far from X rated but it is about Xmas I am afraid– peace on earth, good will towards one and all, but not in any real connection with Jesus.

A long time ago, Ann and I were in Ely north of Cambridge England and went into an antiquarian bookshop, where a whole set of older hardbound editions of Dicken’s completely works was for sale.  We bought the lot, and within them you discover not merely the classics like David Copperfield, but also Dicken’s own retelling of the story of Christ. If you ever read Dicken’s own little synthesis of the Gospel story for Victorian audiences, you will see he would not be entirely pleased by how this movie turned out. But still it would be humbug to say that this movie has no redeeming features, and so we end with its ending— ‘God bless ye every one.’ 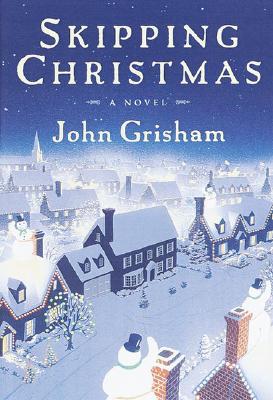