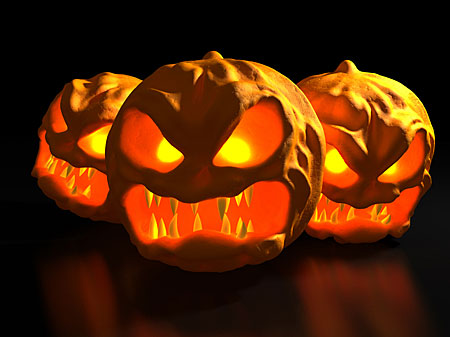 Ghosts and Goblins, tricks and treats, houses of horror and costumed heroes and villains.  Should Christians have anything to do with such practices, or is it just harmless fun?  Believe it or not, Christians are about equally divided on this issue.  Perhaps a little history is in order to help us decide this matter.

In the first place, the term Halloween is in fact a modified form of All Hallow’s Eve, that is the day in the Christian calendar before All Saints Day. It has nothing whatsoever to do with the British celebration of Guy Fawkes Day (i.e. a celebration of the attempt to blow up Parliament) or the modern or more ancient practices of Bonfire Night, which may or may not derive from the ancient Celtic celebration of Harvest Night or Samhain.

The Wikipedia article on the subject suggests the following conclusions—-
“
Many Christians ascribe no negative significance to Halloween, treating
it as a purely secular holiday devoted to celebrating “imaginary
spooks” and handing out candy. Halloween celebrations are common among Roman Catholic parochial schools throughout North America and in Ireland. In fact, the Roman Catholic Church sees Halloween as having a Christian connection. Father Gabriele Amorth, a Vatican-appointed exorcist

in Rome, has said, “[I]f English and American children like to dress up
as witches and devils on one night of the year that is not a problem.
If it is just a game, there is no harm in that.”[1]
Most Christians hold the view that the tradition is far from being
“satanic” in origin or practice and that it holds no threat to the
spiritual lives of children: being taught about death and mortality,
and the ways of the Celtic ancestors actually being a valuable life
lesson and a part of many of their parishioners’ heritage.
Other Christians feel concerned about Halloween, and reject the holiday
because they believe it trivializes (and celebrates) “the occult” and
what they perceive as evil. A response among some fundamentalists in recent years has been the use of Hell houses or themed pamphlets (such as those of Jack T. Chick) which attempt to make use of Halloween as an opportunity for evangelism. Some consider Halloween to be completely incompatible with the Christian faith due to its origin as a pagan “Festival of the Dead.” In more recent years, the Roman Catholic Archdiocese of Boston has organized a “Saint Fest” on the holiday.
Many contemporary Protestant churches view Halloween as a fun event for
children, holding events in their churches where children and their
parents can dress up, play games, and get candy. Jehovah’s Witnesses do
not celebrate Halloween for they believe anything that originated from
a pagan holiday should not be celebrated by true Christians.”

In Catholic tradition  (cf. the various Orthodox Church traditions) there are the spirits of some dead persons in purgatory and some in limbo. It is understandable that the notion that there are spirits out there who are neither in heaven or hell, but in an unresolved state, perhaps in Sheol or the land of the dead would eventually be connected with All Hallow’s Eve, the day those spirits wander the earth longing for the resolution of their eternal fate.

All Saint’s Day by contrast celebrates the saints who in fact have made it to heaven and obtained the beatific vision.  In neither case does the celebration of these days have anything to do with the occult, or with the glorification of evil, Satan, demons, or the like.  If one wants to read a creative interpretation of All Hallow’s Eve by a conservative Protestant writer, Charles Williams novel  All Hallow’s Eve is the ghost story for you.

It is of course true that most persons, including most American Christians by now do not celebrate All Hallow’s Eve or All Saint’s Day as a holy day, but rather merely as a holiday, a day for children to dress up and go trick or treating. The earlier Christian celebration is either forgotten, ignored, or its meaning neglected.

Conservative Protestants might well object to the practice of Halloween on the grounds that it offers up a theology of the afterlife they do not agree with (i.e. they do not believe in purgatory or limbo), but it would be well if they evaluated the practice on the proper historical grounds, and not make the mistake of thinking the practice originally had purely pagan much less demonic origins, which is not in fact true.  Some churches today in fact have used the occasion to teach children about the saints in heaven and how they got there, especially focusing on the martyrs and the book of Revelation.

There are however other reasons for Christians to pause before simply indulging the cultural celebration of Halloween, not the least of which is that the message children actually get out of the practice is that if they dress up in costume someone will give them sweets and treats that are in fact generally of no nutritional value, if they are not positively bad for their health and dental hygiene.

But lest I be accused of being the Grinch that stole Halloween, may I just quietly suggest that Halloween could be used as a time that children could bear witness to their faith— dressing up in costumes representing the heroes of faith, chronicled in texts like Hebrews 11.  In so doing, they could use the occasion of a holiday, to remember once more a holy day– the celebration of all the saints who have gone  into the living presence of God who one day will return with Christ to reign on earth, as that great hymn “For All the Saints” reminds us.