The NIV 2011– A Preview of Coming Attractions 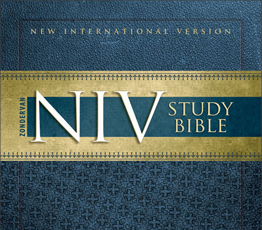 While some would say religion and politics do not mix, it is clear that they have not been paying attention to what goes on in the Evangelical and broader Protestant world when it comes to a new English translation of the Bible.  But it has always been thus.  Willliam Tyndale, when he published his translation lost his life in the process precisely because of political decisions. The 1611 so-called King James Bible (better known as the Authorized Version in the U.K.) was absolutely the result of a political process, and was an attempt to standardize and control the English Bible  (see e.g. Alistair McGrath’s fine history of the King James Version).

And so it is not a surprise that there is now announced (as of Sept. 1, 2009) both a discontinuation of the TNIV and a new edition of the NIV as of 2011.  The concern about the TNIV has been that: 1) the decisions made about the use of inclusive language were not consistently applied throughout the Biblical text and 2) therefore for this and other reasons this translation did not unite the Evangelical world, rather it was divisive perhaps to a degree or in a way that went well beyond the ripple caused by the NIV when it first came out (of which some 300 million copies have been sold making it one of the most important and biggest selling translations ever). It is no accident at all that the new NIV 2011 will come out exactly 400 years after the original KJV.  It hopes to be the same sort of landmark publication.

Stan Gundry of Zondervan has kindly provided to me a link to a webcast about the 2011 NIV which clarifies these matters to a significant degree– http://www.nivbible2011.com/

I would encourage everyone to go to this website, read the FAQ and listen to the webcast itself before jumping to conclusions.

What I gather from this webcast is: 1)  that inclusive language will likely be used in this new NIV where appropriate; 2) like the 1984 NIV (the date of the last significant edition and revision)  the new 2011 NIV translation team is multi-denominational  and involving both men and women but is also entirely Evangelical in its composition. It also has a concern that the NIV 2011 represent the world community of English-speakers, including of course places like India where the NIV has been enormously popular and influential. Tacitly what is being admitted is that freezing the revision process of the NIV was a mistake, as was the TNIV, at least in some regards.

What I am prepared to say is that Doug Moo, who is the chair of the translation committee is a thoroughly trustworthy and fine Evangelical scholar, and I am sure his committee will do due diligence as they produce this new translation.  He is absolutely right that we need it not least because English is a living and rapidly changing language, thanks in no small part to English being the primary language of the Internet.

It also true as well that since 1984 Biblical scholarship when it comes to translation of particular texts has made some advances in our understanding of the original language text, which means that updates are needed for that reason as well. The real strength of the original NIV is that it successfully avoided denominational and theological bias (as did the TNIV, I would suggest), which is more than can be said for some recent popular translations.

Every translation of the Bible is of course already an interpretation of the Bible, however literally it may be rendered. On this  and related matters please see my study The Living Word of God  (Baylor).  There are no infalllible English translations because there are no infallible English translators and there never have been.  The inspiration came at the point of the revelation to the originally inspired authors who wrote in the Biblical languages not in a language that did not exist yet— the King’s English and its successors.  Translators, alas, are lesser lights and are far from perfect.  Hence the cry of the Reformation ‘Semper Reformanda’– always reforming does and should apply to translations as well as other things. God’s blessings on Dr. Moo and his team.  May the outcome be as postive and blessed as the original NIV.