The Funerary Monuments and Statues at Hierapolis 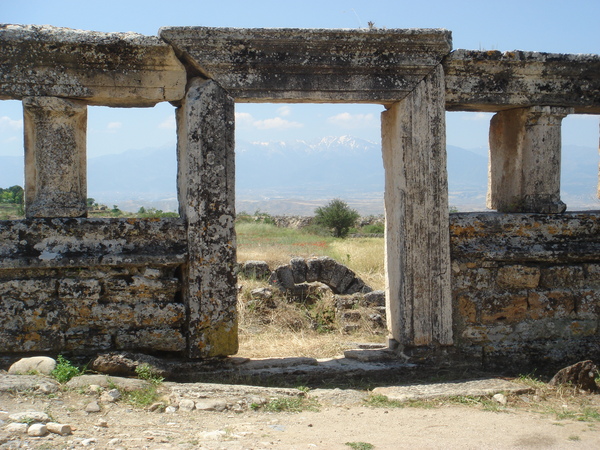 Hierapolis was a critical city for early Christianity, being the home not only of Philip the Evangelist’s prophesying daughters but also of Papias, the famous bishop who wrote the first comentary on ‘Our Lord’s Oracles’ in several books. What can be seen today at Hierapolis (so named as the city of priests and sacred temples like the temple of Apollos) is the gigantic necropolis on the edge of the city, and the statuary from here and elsewhere in the museum. 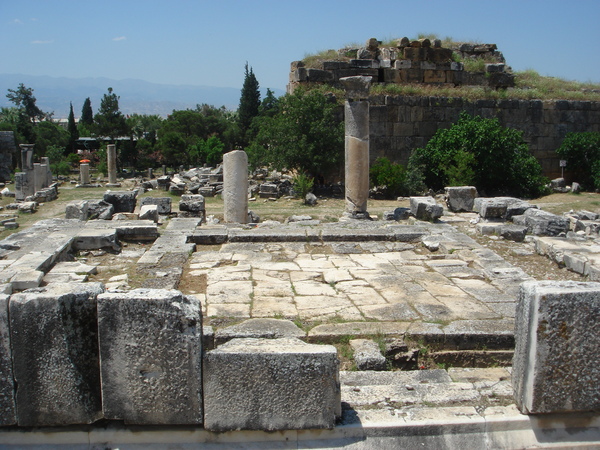 Here is that temple of Apollos, and just below the entrance, now walled up to the Plutonium (i.e. the place of Pluto).  This chamber below the temple was full of noxious gases, which the priests claimed inspired prophecy, and they showed their spiritual strength by going down into the chamber and emerging alive, unlike the case with birds and tourists who wandered in and either died or were greatly harmed. The reason the Plutonium is walled up today is because some recent overly-curious Germany tourists got in there, to their detriment!   My third novel, which is in the works, is situated here at this archaeological site and there are some Plutonium, adventures in it— it is tenatively titled the Papias Papyri. 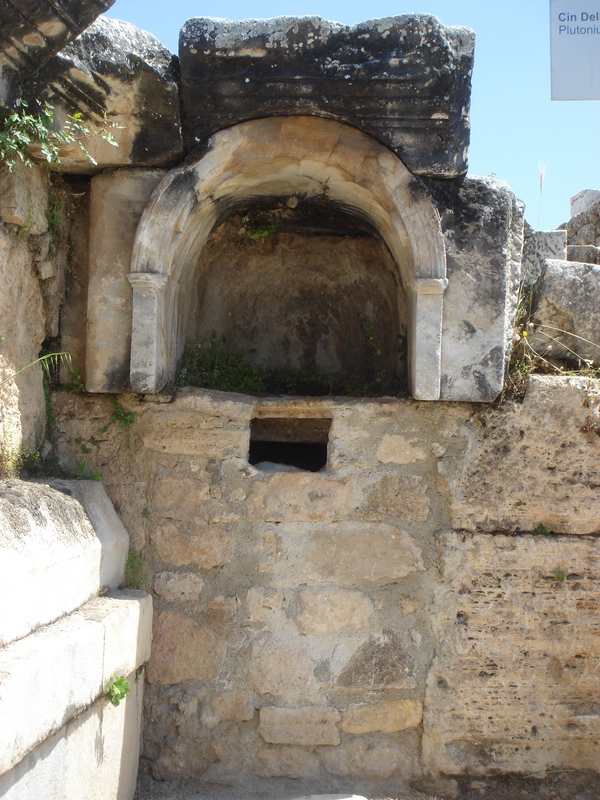 Below you will see one of the more well preserved tombs in the necropolis, that of Flavius Zeugsis, the famous business man from Hierapolis who bragged of making about 40 successful journeys back and forth to Rome. The ancients were in fact more mobile than we give them credit for. 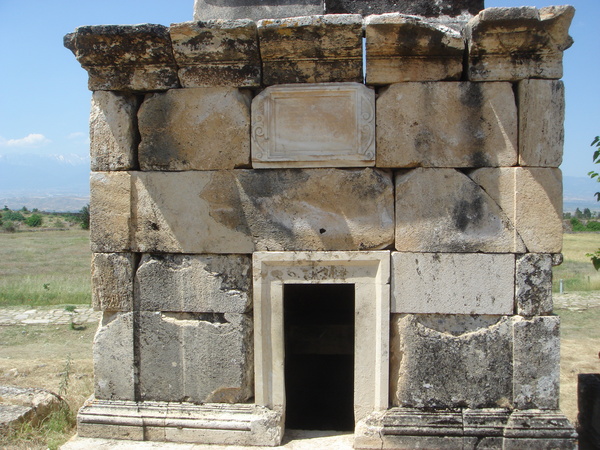 Some of these tombs are larger than many of the houses in Hierapolis and of course this reflects the theology of the afterlife that existed in this city. There were also many Jews in this city, as the necropolis also attests (see below). 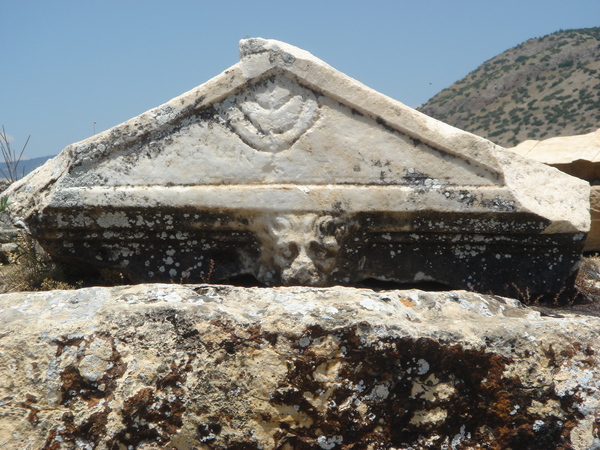 The statuary and some of the funerary stele found here and in nearby Laodicea reside in the Hierapolis museum which is well worth the visit. 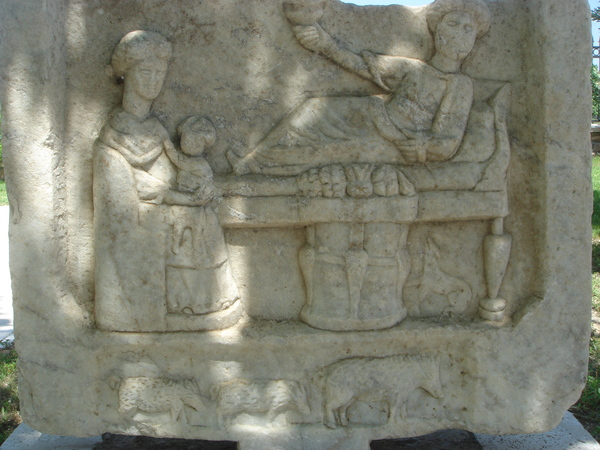 Here we see a funerary monument to a man who obviously was a pig farmer. He is toasting those still living, as his wife and child look on. 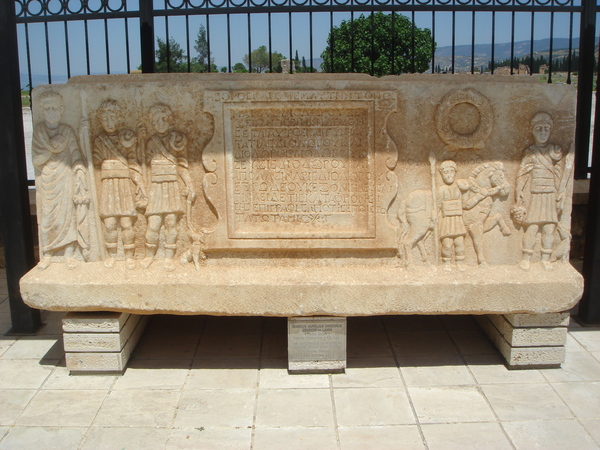 Here is another sarcophagus for a prominent soldier, whose unit must have chipped in for this elaborately carved coffin. 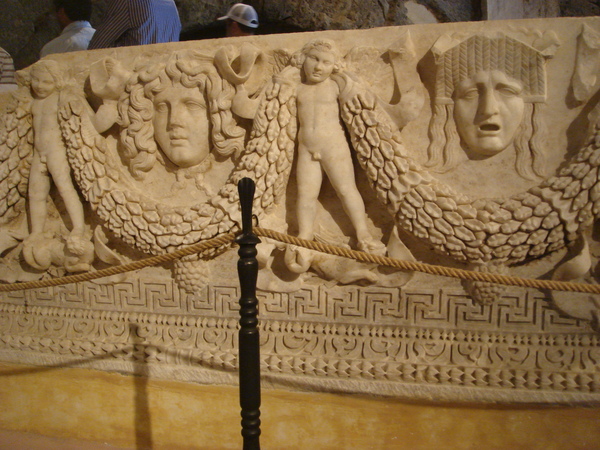 Here is the side of a tomb complete with the meander pattern (no that is not the swastika) and the funerary images of women in mourning for the deceased. 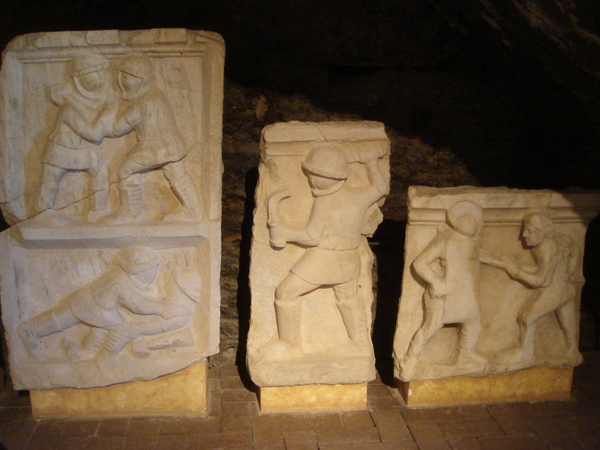 Here of course we have memorials to those who died in a different sort of battle– the games which sacrificed gladiators to the lust for blood sport. Hierapolis and Laodicea undoubtedly had its share of such games. 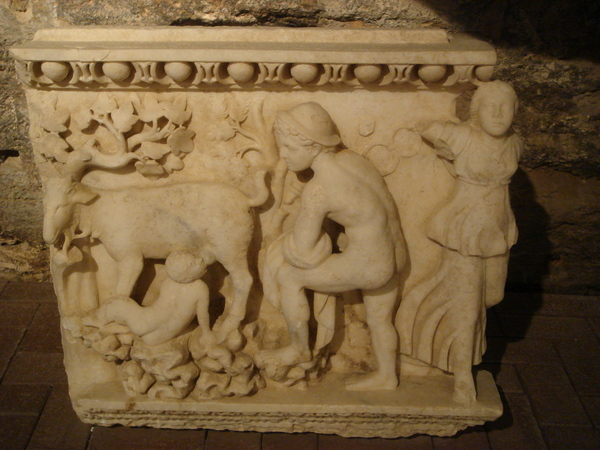 Some of this funerary art makes our feeble attempts at tombs and tombstones look pathetic.  Consider the one above, and the monument below. 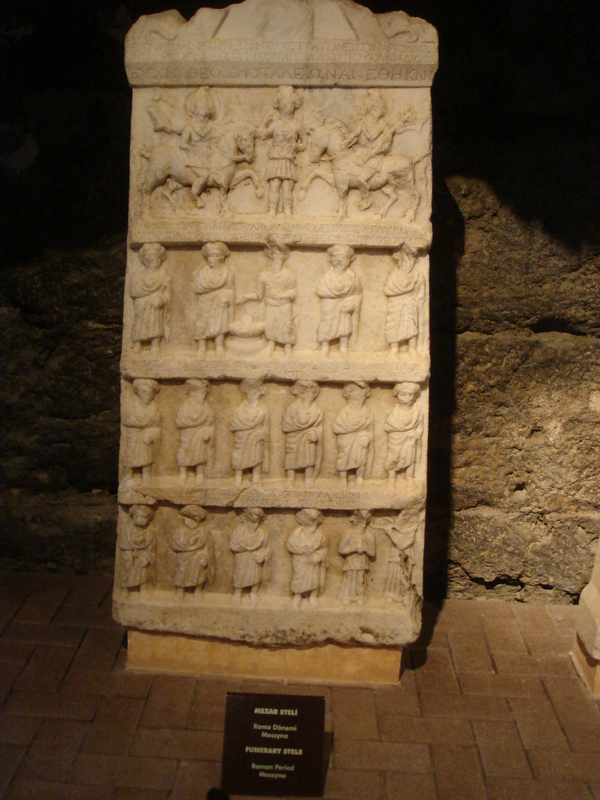 In our next post, I will be discussing one remarkable funeral stele found in the courtyard of the Hierapolis museum. A momument to a man named Papias– could it be for Bishop Papias?? Inquiring minds want to know.