The Agora at Izmir 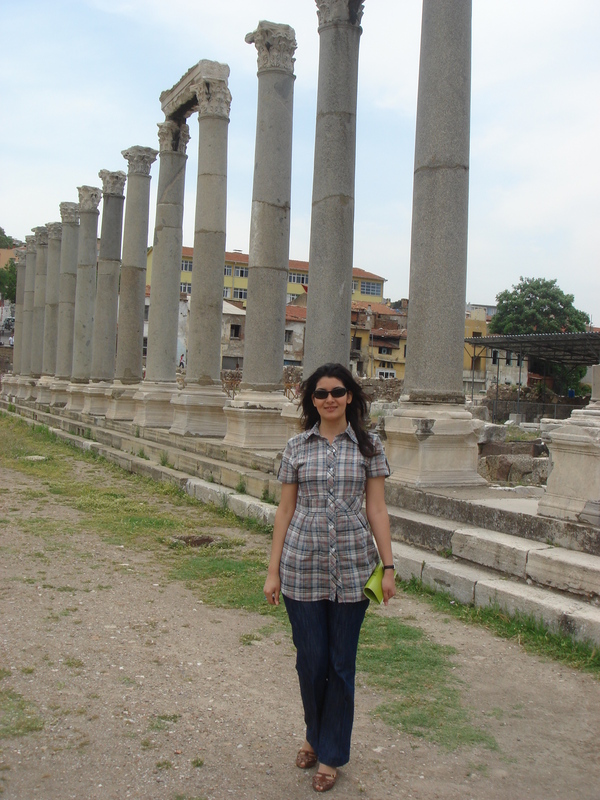 Behold one of the archaeologists in charge of the dig at the enormous agora in Izmir (Biblical Smyrna). O.K. this may not be your mental image of an archaeologist, but you need to adjust your thinking in that case.  The archaeological work at the agora, which once abutted the sea, has been on going for many years, with various recent revelations of note.  I have commented at length on the first and second century Christian Graffiti found here in an earlier blog post and in an article for BAR, so I will not repeat this here.   What we are learning is just how important the city of Smyrna was both in general and to Christians in particular (consider the story of Polycarp). 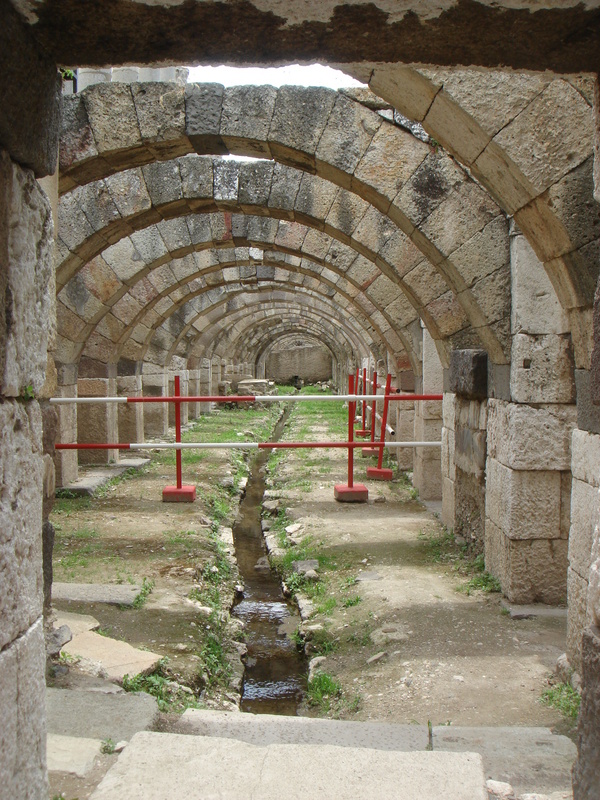 The visitor is immediately impressed with the size and scope of this place, with its many columns, arcades, shops.  Here was the jumping off place for slaves from the eastern part of the Empire about to be sold, for business persons returning from Rome, for grain freighters,  ambassadors, soldiers, and ordinary families or individuals on the move— such as St. Paul or  John of Patmos. 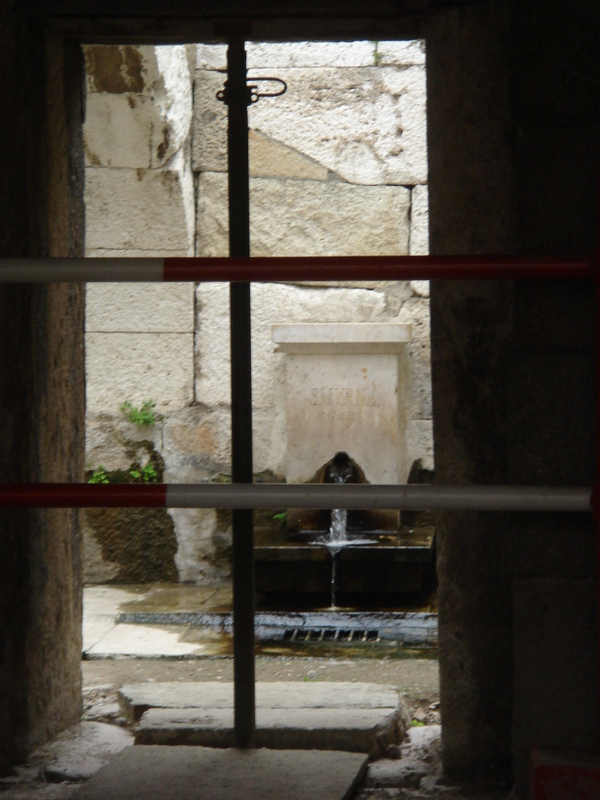 Women and slaves came here in the morning to take water from the natural spring (pictured above). They came here to buy bread or olive oil or vegetables for the day. In the ages before refrigeration, you had to shop frequently for food.  But the agora was not just the supermarket of its day. 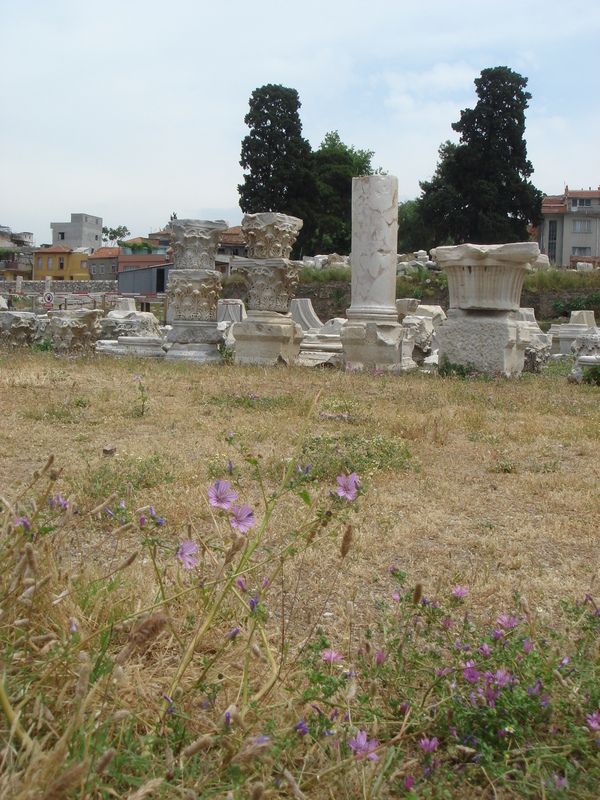 In the agora there would be the exchange of ideas, not just the exchange of goods.  Consider the story of Paul dialoguing with the Stoics and Cynics in the agora in Athens.  Here the politicians and rhetoricians and philosophers debated the issues of the day. People did not spend their days in their tiny homes or flats, they were public people and almost all life functions happened out of doors.  Orators were often the entertainment for the day in an age before TV, movies and at a time when only the more well off could afford to go to the Odeon and see a Greek drama.

The hope is to bew able to uncover the public baths, the basilica of justice and other crucial buildings. Not far from here remains the house of a famous Jewish rabbi of a bygone age, reminding us that there was a considrable presence of Jews in all these major cities evangelized by a Paul or a John of Patmos.  In Rev. 2 we hear that Christians in this city were materially poor, but spiritually rich, and that they had trouble with some non-Christian Jews. Here in Rev. 3.8-11 the ‘overcomers’ are those who are prepared to remain faithful to Christ despite persecution, suffering, prosecution, or even execution. What the Roman statue of victory (Nike) symbolized, namely conquering by force, and what John meant by victory (martyrdom) were polar opposites. ‘Those who are victorious will not be subject to the second death’ is the promise.  He is referring to the faithful martyrs.  Scholars think that the Greek word martus which has as its basic meaning ‘witness’ takes on its later sense of martyr (a witness faithful unto death) beginning in a text like this.

In our age we hear false Gospels that suggest that Christians need not suffer,indeed can expect to be always healthy and rich, if they only have enough faith. John of Patmos says quite the opposite. One of his major messages was to reiterate what Jesus said ‘if anyone would come after me, let them take up their cross and follow me (to Golgotha)’. Let them be prepared to come and die.   While the Romans said ‘to the victor goes the spoils of war’, the Christians said, ‘those who are prepared to emulate Jesus are the real victors, and their reward is everlasting life, a life that the second death cannot touch.’  Here we have value systems in conflict, dueling definitions of victory. Think on these things.