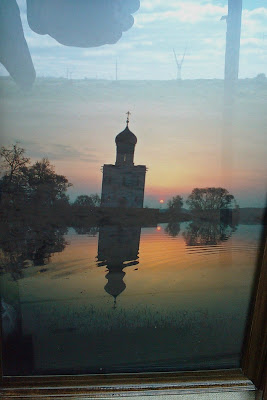 The following is a sermon for Oct. 15, 2008 in Estes Chapel, Asbury Seminary

Some texts in the NT ought to be able to sue for abuse and misuse. Mt. 7.1-6 is one of those texts. How many times have you heard someone say ‘judge not lest you be judged’ to neutralize this text and in effect promote doing nothing at all, since we are all sinners who have fallen short of God’s highest and best for us? The Greek verb krino here however does not mean ‘expose not, lest you be exposed’, it does not mean ‘do not be morally discerning lest someone discern your flaws’, it does not mean ‘never correct or hold someone morally accountable, lest you be held accountable for your behavior’. It means none of those things.

Much nearer to the mark would be a translation ‘condemn not, lest you be condemned’. In other words it is basically the synonym of the slightly stronger verb katakrino in John 8.11 where Jesus says ‘neither do I condemn you…’ This is legal language, and it may well be the ancient equivalent of saying ‘do not damn someone to Hell, lest you be so damned’. It has to do with passing full and final judgment on someone’s life or even their souls, and only God has the right, the knowledge, the authority to do that. Jesus is preventing his followers from assuming the posture of judge, jury, or executioner of someone else’s foibles, and deeming them irretrievably lost and undoubtedly heading for outer darkness.

Instead, Jesus is trying to refocus the disciples on getting their own houses in order. He does this is several ways. First of all he reminds them that they will be evaluated with the same severity that they evaluate others. A lot of folks can dish it out, but they can’t take it when it is their conduct that is being critiqued. Jesus suggests that we have an infinite capacity for maximizing the critique of other people’s sins, and minimizing and rationalizing our own.
But Jesus’ sapiential metaphor of the speck or the plank in the eye suggests that the moral critique meter might well actually be pointing in the opposite direction. We strain over the gnat in someone else’s life, and swallow the camel in our own, so to speak. We totally ignore or are oblivious to our own even greater flaws, sins, shortcomings. And even worse, we assume the condescending posture of one who is in a morally superior position by saying “here let me help you with that speck in your eye”. Notice in vs. 5 Jesus does not suggest that one shouldn’t morally critique others or hold them accountable. What he says is, don’t be a hypocrite—first take the plank out of your own eye, and then go deal with others. It’s a matter of the order of things. We must get our own house in order first.

The term hypokrites is certainly an interesting one. It is a term that comes from the ancient Greek theater and refers to a person who plays a role, rather than being in real life what they seem. We of course take the English derivative of this term to mean someone who does not practice what he preaches, someone who does not walk what he talks. But in fact the actor is not actually trying to be or become the person he depicts, he is simply playing a role.
Too often in the church, leaders play roles which do not in fact represent what they are living into. An actor who plays the role of Jesus, such as Henry Ian Cusick, the character we know as Desmond from ‘Lost’ who did play Jesus in the movie the Gospel of John, (he was found before he was ‘lost’), is not pretending he is actually Jesus, and certainly thereafter will not be held accountable for not being just like Jesus once he finished making the movie, anymore than he will be held accountable for not being Desmond when ‘Lost’ finishes its run in another two seasons.

The point is, Jesus doesn’t want actors or pretenders, nor does he want hypocrites either. In view of a whole series of texts in Matthew where Jesus insists that his followers be morally discerning, hold each other accountable, and to be critically evaluating conduct, (see Mt. 7.15-20; 10. 11-15; 16.6-12; 18.17-18), this text provides no excuse for pretending or abdicating one’s responsibilities to be thy brother’s or sister’s keeper. The issue here has to do with unfair critiques, uncharitable evaluations, and judging others by a different standard than the one uses to judge yourself.

The text calls for rigorous self-examination instead, not merely a ‘non-judgmental’ attitude. We are reminded however that God will judge us by the same strict standard by which we judge others. We can morally evaluate and critique words and deeds of others, but not hearts, heads, persons, lives. T.W Manson puts it this way:

“The whole business of judging persons is in God’s hands, for he alone knows the secrets of men’s hearts. This does not mean we are not to use all the moral insight we possess in order to discover what is right and wrong; but that we are to confine ourselves to that field and refrain from passing judgment on persons. For our judgment is a factor in shaping their lives, and a harsh judgment may help a fellow-creature on the road to perdition.”

There is an important and interesting play on Greek words in this little passage between merely ‘seeing’ and ‘seeing clearly’. In vs. 3 the verb means see where it speaks of seeing someone else’s faults. But in vs. 5 the verb of sight means ‘see clearly’ and what is being suggested is that when one has truly seen and dealt with the plank in one’s own eye, only then can one see clearly enough to help the brother with the speck in his eye. Self-examination and self-critique, and self-reformation leads to more accurate seeing of others flaws, and the ability to help them.

In his wonderful and convicting non-fiction book, An Innocent Man (which should be required ethical reading before one leaves seminary), the Christian writer John Grisham tells the tale of a man condemned to death row and to execution for a crime he never committed. It is, quite rightly, a powerful critique of the whole enterprise of capital punishment as implemented by fallible human beings whose knowledge is limited, whose moral insight is even more limited at times, and whose right to condemn another person to death is frankly debatable and morally dubious from a NT point of view. It is precisely this sort of human legal condemnation and consigning to execution and even damnation that Jesus is critiquing in this passage.

The Bible is ever so clear “Vengeance is mine says the Lord, I shall repay”, or as Paul puts it – “do not repay anyone evil for evil… do not take revenge, but leave room for God’s wrath, for God says ‘Vengeance is mine…’ but to the contrary if your enemy is hungry feed him….etc. Do not be overcome by evil, but overcome evil with good.” Had we ever thought as Christians that when we condemn a lost person to capital punishment we might well be consigning them to Hell, by depriving them of the time and opportunity to repent and know the Lord? Its worth thinking about. And please do not tell me that they have forfeited the right to such a consideration, because none of us have such a right as the right to time for amendment of life. That is something that is a mercy to all of us sinners, not a right.

The last verse of this passage, like the first, is equally one that has been subject
to abuse and misuse. Do not throw pearls before swine, or what is holy to the dogs. Swine and dogs are images of unclean animals, and they were indeed images used by Jews to refer to Gentiles, on whom Jewish pearls of wisdom would be lost entirely, or so it was often thought. Jesus’ point here however is that certain highly precious and valuable teachings are for insiders, not outsiders who will cast them aside, or make no good use of them. In other words, here we have a reminder again that this whole Sermon on the Mount ethic is not for just anyone or everyone, but rather for those who are committed to being Jesus’ disciple. To whom more is given, more is required.

God does indeed expect of us a higher standard of righteousness and also of mercy. He does indeed expect of us a higher standard of moral discernment and understanding of others. He expects that we entirely refrain from putting on the judge’s cap and condemning someone else to death, or into outer darkness, and for me at least that means I could never serve on a capital murder jury if we lived in a state where capital punishment was the possible outcome of the trial. Only God should have that power of condemnation and execution, not human beings. And honestly for me, a consistent life ethic means no abortion, no capital punishment, no war. But that is a story for another day. What Mt. 7.1-6 calls us all to, is more self-awareness, more self-examination, more repentance, more humility, more living into a higher righteousness, and with Emily Dickinson we should all say: “Judge tenderly of me” remembering whenever we are about to condemn another to final judgment “there but for the grace of God, go I.”