AN EVANGELICAL VOTERS GUIDE-SIX WEEKS OUT 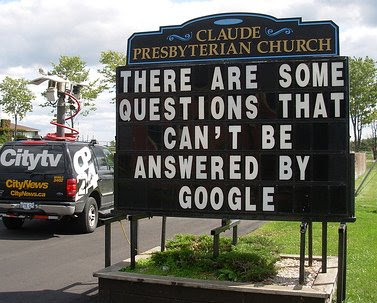 A VOTERS GUIDE FOR THINKING EVANGELICALS

A lot of heat, and very little light is about to be shed in the next six weeks when it comes to political races, and we have already seen some truly surprising things happen. Who would every believe George Bush would propose a massive bailout for Wall Street malfesance and bad financial practices? Not me. And now that we have Presidential debates starting this Friday evening, its time once more to trot out my voter guide– with some revisions

Our current national economic crisis gives us an opportunity to reassess the whole issue of Christian aligning themselves with a particular political party, rather than evaluating candidates on an issue by issue, or candidate by candidate basis. We ought to be evaluating each candidate on their own merits, not on the basis of their current party affiliation. This of course requires more thought, instead of just pushing the straight party ticket button in the polling booth. Christians should be good citizens and be more thoughtful about who they vote for. They shouldn’t just listen to this or that Evangelical leader’s endorsements, even if it is someone like James Dobson or Pat Robertson who have considerable political clout.

In this particular post I want to suggest a series of steps Evangelicals should take in approaching next November’s elections. Some have to do with basic Christian obligation as a citizen of this country who appreciates the freedom and democracy we have, and then some of them have to do with critical thinking about issues and candidates.

DO YOUR HOMEWORK—There is really no excuse for laziness when it comes to being an informed voter, especially when we now have such a wealth of information online, and through other viable sources of news about candidates. Do not use the ‘cop out’ of ‘they’re all just the same’, or ‘no politicians are trustworthy’ or ‘I don’t have time for this’. If you have time to enjoy the freedoms you have in this country, then you certainly have time to become an informed voter. Period.

PLAN ON VOTING, EVEN IF YOU ARE FRUSTRATED—The percentage of Christians who could vote but don’t is high, much too high, and the end result of such bad behavior is that we often get exactly what we’ve voted for— Nothing! Or at least, nothing good. Do not let the fact that at this juncture there may seem to be no obvious candidate for a truly conservative Christian to vote for, for this office or that, deter you. There is better and there is worse, and you’d better figure out which is which, or what we will get is worse. This is particularly an urgent matter since in the last eight years things have certainly gotten worse economically and it terms of our relationships both with our allies and enemies. The politics of fear is trumping the politics of faith and sound reasoning repeatedly, and this leads to disastrous results in the long run for our country– both economically and militarily.

DO NOT BE A ONE ISSUE VOTER– However passionate you may be about a particular issue, lets say abortion, you should never, never vote for someone simply on the basis of a single ethical issue. Never. Did, I mention not ever. Why not?

Because there are a plethora of inter-related important issues that affect our lives, and our Christian existence, and if you privilege only one such issue, you are likely to make a mistake in evaluating candidates. It is fine to allow a stance on one issue to be the tipping point such that you favor candidate A over candidate B, when otherwise it’s pretty much of a wash, but there should be no shibboleth. One illustration will have to do.

In a crucial election during the time of the cold war, and with heightened tensions with Cuba. Kennedy ran vs. Nixon. Many people did not vote for Kennedy, simply because he was a Catholic, and we had not had a Catholic President previously. There were even stupid and ill-considered inflammatory remarks made about how if Kennedy got elected, the country would be subject to the influence of the Pope in some objectionable ways. Thank goodness such benighted ideas did not determine the outcome of the election. Kennedy was the right man at the time, and he helped diffuse the Cuban missile crisis. We need to learn some lessons from the political past lest we continue to make the same mistakes over and over again.

From here on, in this post, I will be talking about matters that pertain to critical thinking on the issues.

Life is complex, and so are ethical issues. One of the things you need to decide is whether it is more important to you what kind of person you vote for, in terms of character, or what the stances are of the person you are voting for. Sometimes we have elected well-meaning good Christian folks who couldn’t govern their way out of a paper bag. Sometimes we have elected very effective politicians, who nevertheless raised some issues for us because of their stances on particular issues. In a perfect world we could wish for candidates who are both skilled as public servants and have impeccable character.

Unfortunately, this all too often not the case, especially because of the way our political process now works with PAC money and lobbyists and numerous other unhealthy factors determining who actually can be viable candidates for a major office. In the situation we are in, how much should the candidate’s agreement with me on my list of hot button issues weigh in my decision? How much should their apparent character weigh? What do you do if it’s hard to tell? These are important questions. Personally I would rather have a politician skilled in the art of compromise (which is of the essence of modern democracy and policy making) who is of generally good character, but with whom I may disagree with on this issue or another, than a devout but unexperienced and unskilled Christian person. Let me use an analogy.

Would you rather have a surgeon operating on you in a life threatening situation who is a devout Christian, but not all that skillful and experienced in getting the job done right, or would you rather have a surgeon who has an impeccable record in regard to doing his job well, a stellar record of good outcomes when he applied his skills but whom you had some ethical disagreements? I personally would want surgeon B, if there had to be a choice.

PRIORITIZE WHAT YOU IN GOOD CONSCIENCE THINK ARE THE MOST CRUCIAL ISSUES—AND EVALUATE THE CANDIDATES ON THE BASIS OF THOSE PRIORITIES.—

Obviously, this list of vital issues is a moving target which will change in some cases, as our country’s situation changes. I wouldn’t think anyone would be weighing where the current crop of candidates stand on the Spanish-American war many moons ago! I would strongly urge Evangelicals not to limit their list to just personal ethical issues, such as matters of sexual ethics, abortion, and the like. These are very important, but as thinking Evangelicals you also need to weigh where candidates stand on various aspects of foreign policy—the trade deficit, the war in Iraq, or economic relationships with China and other third world countries, the position of the candidate on Darfur, the issue of nuclear regulation (in North Korea, Iran etc.), our relationship with crucial Muslim countries where we have a stake but are not embroiled in military action currently—Turkey, Pakistan, etc. In other words, we need to be global Christians, and think globally, especially if our first commitment is, as it should be, t
o the worldwide body of Christ and the worldwide spread of the Gospel.

Obfuscation and fuzziness has of course become a political art form, and sometimes this is because the potential emperor has no clothes, or hasn’t thought through the issues themselves. The last thing we need in our current situation is politicians who make it up as they go along, or show signs of constantly shifting their views, depending on which way the political wind blows.

I wish I could tell you that the above outlined process of discernment was easy, but it is not. And there will be ambiguities, and you will have to make some judgment calls. You have to accept that you may well make some mistakes, and all the more is this likely to be the case when there is no clear front-runner that an Evangelical Christian of any stripe might think was someone one ought obviously to vote for.

Over the course of the coming six weeks, pay attention to the ads, watch a few of the debates, read up on the candidates web sites, watch the primaries, and be prepared. It would be a great tragedy if only a minority of Christians voted in the next election who are eligible, and the country continued its downward slide as a result. The old saying ‘you get what you pay for’ could be changed to ‘you get what you do or don’t vote for’.

Remember the old adage—all it takes for something bad to happen, or continue happening, is for good people to stand idly by and let that transpire. 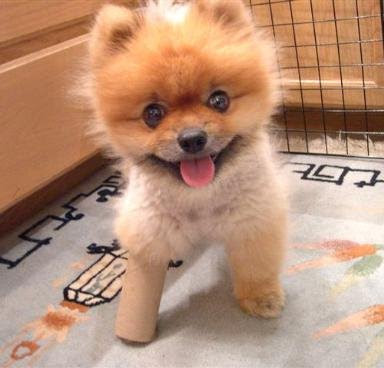