The Stars Come out at Christmas– ‘Charlie Wilson’s War’

It is not often that one has both an all star script writer (in this case Aaron Sorkin of ‘West Wing’ fame), and an all star cast (Tom Hanks, Julia Roberts, Phillip Seymour Hoffman) in a sort of harmonic convergence which results in an excellent film, but ‘Charlie Wilson’s War’ is one such film. Coming in at a svelte one hour and thirty seven minutes, this film has no filler, and gets right to the point with almost no back story at all. Unveiled before our very eyes are the inner workings (and pratfalls) of Congress, and how things get done, even things of international importance, when someone is persistent enough. That someone in the first place is a Houston socialite named Joanna (charmingly played by Julia Roberts), and in the second place is played by a hitherto unknown philandering Texas Congressman by the name of Charlie Wilson a.ka. Goodtime Charlie.

In a story too unlikely not to be true, said socialite goads said lassez faire Congressman into action in support of—wait for it, the Mujahadeen, Muslim tribesman fighting the Soviet occupation of Afghanistan in the 1980s. The gist of the story is about getting enough guns and supplies to that Mujahadeen so they in turn will kick Soviet hind quarters right out of Afghanistan—which as it turns out was one of the inaugural signs of the fall of the Soviet Empire.

The acting in this film is superb, and especially the Sorkin provided repartee between Hoffman and Hanks is classic. It makes one long for the good old days when we got to watch excellent episodes of West Wing with the same sort of zingers week after week.

Let’s be clear, Charlie Wilson is no Christian, indeed he has considerable moral flaws, not the least of which is all his womanizing, drinking, and use of ‘recreational’ drugs. A role model, Charlie is not. But what is so interesting about this film is that it is about just such a person having a crisis of conscience, or perhaps growing one over time, at least when it comes to the poor oppressed Afghan people. Charlie actually learns to care about the fate of someone other than himself, which is more than one can say for some elected officials for sure.

The ugliness and dirtiness of politics and war are shown for what they are, including how Israelis, Egyptians, Saudis, Pakistans and the U.S. might all end up in bed together for a ‘just cause’, or at least for the philosophy ‘the enemy of my enemy is my friend’. And be forewarned that this is not at all a movie to take your children to— as it has more than its share of bad language, and compromising situations involving said Congressman. And yet, and yet, there are larger moral lessons brought to the surface in this film, not the least of which is whether aiding, rather than destroying, those we fear to have normal lives without oppression might not be a better way to win friends and influence people than seeking to eliminate them.

The film is not filled with pathos, there is a certain devil-may-care whimsy about it, which keeps the tone light even though the subject is serious. But it is a film that raises all sorts of ethical questions such as—if you had to choose between the two, would you want a Congressman who gets important and good things done but is a sleaze, or would you rather have the ethically pristine but totally ineffectual, or worse blundering, Congressman? This in itself is an ethical dilemma raised for the audience of this movie. It is a question worth pondering. This film has already garnered various Golden Globe nominations, and in a year where not many films have been Oscar worthy, this one will get some nominations. In the meantime you should go and see and decide for yourself about Goodtime Charlie and his righteous cause. 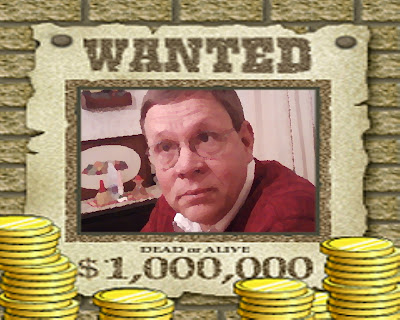