My son made the most observant comment yesterday. He said he was glad to be out of the US for election year. And you know what? I wish I was.

I am heartily sick of racism & jingoism masquerading as patriotism, of sexist slurs pretending to be valid critique, and of just plain mean-spiritedness. My beginner’s heart hurts, for all of us.

Interesting: I finally blew up (in an articulate, mild-mannered way, I hope) on my FB page. Trying hard to keep in mind my Buddhist beginner’s heart, I pointed out that slamming my candidate would not make me change my mind in support. I’m not changing my mind at this late date; I’ve studied my candidate for some time, and as a scholar, I’m pretty certain I haven’t been misled by (the admittedly unobjective, on both sides) media.

No one seems willing to discuss (remember discussion? not ‘debate,’ or ‘harangue,’ or ‘argue’; and certainly not ‘yell loudly at whoever disagrees’) issues. If I want to talk about how a candidate will pay for his or her platform promises, people accuse me of all manner of unpleasantries. Mostly just not buying in to their candidate…sigh.

I wish there was a Buddhist political party. A party where everyone agreed that war is terrible, horrible, and rarely necessary. A party of inclusion, not exclusion. No walls to keep people out, but helping hands to enable people to work for new & better lives. Not handouts, but hands up. I’m dreaming of a world where men & women could run for office and women wouldn’t be asked about their clothes, or hammered over how they look. In a Buddhist party, candidates would work towards peace — local/regional/national/global. And not think it overly idealistic or unrealistic. But they would work: not make pronouncements. Nor would they threaten to make countries glow in the dark, or throw racist epithets about like celebratory confetti.

I suppose my idealistic youth is obvious in this dream, even as I acknowledge the utter impossibility of it coming to pass. In my own benighted state, we have defunded education to the point that schools are closing early. Rural hospitals have already closed, in response to our refusal to accept Medicaid $$. We have let teachers go and are enlarging classrooms to the point that many teachers have retired early, sick of the heartbreak innate to an overcrowded classroom. We’re closing down assistance to area child abuse investigating authorities in order to continue tax cuts to the very wealthy. But we insist that we are a Christian state, even as we do away with health care access for poor and rural women.

I wish I was ‘down under,’ like my younger son. Wish I was somewhere people understood that all we have is each other, and to hate difference is both pointless & ultimately tragic. Someone will always be different: race, gender, class, birth place, religion… There are more things to ‘separate’ us than, apparently, there is love to remind us of all we share. Buddhist politics would change that, I swear. A politics based in compassion, and the recognition that we are all human together. A deeply held belief in the power of love to transform us. I’m voting this fall for that — for changes  based in love, not power. In the meantime? I’m going to ignore politics. I’m going to watch cat videos & garden. It’s going to be hard, I realise. But I can’t move to Australia, so it will just have to do. 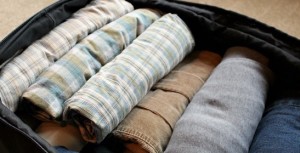