fathers, and what a grandson can remind us

This is the way I always remember my father. He was much younger than I am now — 20 years or so. Today is his birthday: he would be 99, were he still with us. Although (of course) he is, for his four daughters. Whenever we get together, old stories join us. Sometimes even new ones, when one of us has spoken to an older cousin, or an aunt. Stories of heroism, of pranks, of hijinks that bordered on craziness.

This past few weeks, looking after my grandson, I thought often of my father. Not because  my grandson is so much like Daddy; it’s really too early for a not-quite-three-year-old to be like anyone other than himself. But because he reminded me that once I too was small, and dependent on the understanding of those foreign creatures, adults.

My father didn’t speak daughter very well. He was a man’s man, as they used to say: drawn to hunting, guns, sports & other culturally defined pursuits. A Golden Gloves boxer, he was strong & knew it. But he was also very gentle w/ littles. And he read omnivorously — sometimes sharing Kipling with me, sometimes quizzing me on my newest Golden Book encyclopaedia volume. He could (& did) pick up all four girls in one arm, and my mother in the other. Not often! But he could, & did. He also could (& did) outshoot most people: rifle, pistol, shotgun. My bedroom was filled w/ trophies he won over the years.

Most important to me, however, was that I knew I was safe in Daddy’s care. When a scary movie left me with nightmares for days, only sleeping by Daddy would comfort me. I knew that nothing could scare Daddy, nor would he let anything get me. A man who made the history books, who returned from war w/ medals out the wazoo, & the respect of everyone he knew? No ghost could get through Daddy.

Nor could the normal nightmares of our peripatetic lives break through his protection. Daddy was my own superhero, so it didn’t matter that as I grew we didn’t always see eye-to-eye on politics, on history, on much. We would reunite on the other side of young adulthood, as I moved into my own parenting years.

This month, as my grandson grieved for his parents who were on the other side of the country at a wedding, wailing that he missed them missed them missed them, I remembered how my father cared for us. How he could pick me up when I was fearful and the fear would fall away from me like water droplets. How gentle he was with my own son, so many years after my childhood. And how our need for reassurance, for safe, never wanes. We only place it in deep storage, behind the façade of adulthood.

My grandson needed a lot of affirmation the week we watched over him. He needed constant reassurance that things were okay, and that his parents had neither abandoned him nor forgotten him. I held him often, and we talked and played for hours. This wasn’t my father’s MO, although he became much easier with littles as a grandfather. But his legacy lives warm within me: the knowledge that a child needs to feel safe. That even an adult requires the affirmation, the loving recognition, of this vulnerability. That, my father gave me whenever I asked. And so many many times I didn’t need to.

I miss you Daddy. Happy Birthday. 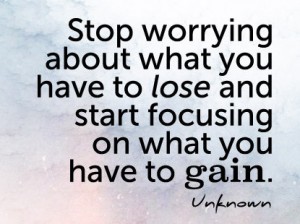 interludes, illness, and coming back to focus
archives most recent
More from Beliefnet and our partners
previous posts