a recipe for peace…add empathy and stir

But here’s the problem: we seem to have forgotten empathy even exists. Along with respect, consideration, just plain manners. Today’s political scene is a prime example. There is a complete lack of respect or empathy on the part of far too many who aspire to be a world leader.

On the news, we have ersatz ‘leaders’ advocating hate. Telling us that hate is the only smart way to deal w/ differences. War is the only way to ‘win’… Win what? I don’t understand any of it.

I want to tell you a story. (Don’t you love stories?) I want you to pretend that you — maybe a white person — have a son (also white) who marries a wonderful woman. Who happens to be black. And that you have a lovely mixed race son, who looks black. And by many (white) people’s standards, would be. Black, that is.

Now: wake up every morning to news of a young black man’s death at the hands of police. Or even — saddest of all — a black male child’s death, one carrying a toy gun. At the hands of a (white) policeman who didn’t bother to check out the call-in detailing that the young teen’s ‘gun’ was almost certainly a toy. But at the end of the day? Your son — beloved of your heart — is dead. Left in a pool of blood, to die alone & terrified. THROUGH NO FAULT OF HIS OWN.

Now, another story. This one has you imagining your child — a son, again — in the wrong place at the wrong time. Perhaps he’s gone overseas to see the world, as my younger son did. And then tragedy strikes: there’s a coup, or a riot. Something that brings troops in.

Your son is picked up by these troops, and sent to prison. Without any trial, without any access (for MONTHS) to an advocate. You don’t hear from him. You think he’s dead.

But no, he’s being tortured as a possible CIA spy. Tortured for weeks on end. And it’s months before you even know where he is.

This is Guantanamo, folks. Where young men (some 15, 16 years of age) were picked up for being at the scene. There was NEVER any ‘evidence’ they’d done anything. If this was your son, how would you feel??

We seem to be having a crisis of hatred. Those who don’t worship our way, those who don’t look like us, those who are ‘other’? Too many Americans are deeming them unworthy of compassion, respect. We don’t waste empathy on ‘others,’ regardless of what the world’s many religions (including Christianity) teach.

Nope. No turning of the other cheek. No ‘love your neighbour, do good to them who hate you.’ No empathy. No, our politicians today are comfortable calling for death, calling for WWII tactics to ‘rid us’ of those who look different, who worship different. And I have no idea how to fight back. Somehow, I don’t know that empathy works on haters… 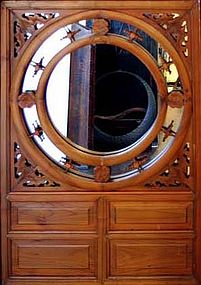 that was then, or, through a glass dimly
archives most recent
More from Beliefnet and our partners
previous posts