I was raised by Christians. My next sister is a Christian, my husband a kind of existential Christian. Many of my dearest family (sister-in-law, cousins) are Christian pastors. I love that word: pastor.  From the Old French/ Latin, shepherd of souls. I prefer it to ‘minister,’ which has a top-down connotation to me.

I’ve actually read the entire Bible, as well as several other primary religion texts (the Qu’ran, the Bhagavad-Gita, many Buddhist sutras & texts…). Here’s the deal: each one preaches compassion. Each calls on us to love our neighbours. To practice what Christians call the Golden Rule, as I was taught it as a young child: do unto others as you would have others do unto you. 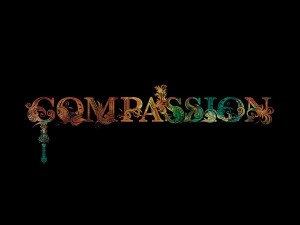 That doesn’t seem to be the case these days in American politics. The Dems are infighting, and the Repubs are using hate and fear as weapons of voter-attraction. What’s compassionate about those strategies? How do they reflect the ostensible Biblical (Christian & Jewish) values each of the candidates espouses?

The current fear-mongering against Muslims, for instance. I know a LOT of Muslims. Not the ‘one of my friends’ perspective (which I rarely trust!), but the ‘I’ve lived in Muslim countries, I have many friends who are friends first, Muslims incidentally. I don’t befriend people based on their wisdom traditions, frankly. I end up friends with people I spend time with. And I’m guessing that most of the demagogues posturing against Muslims don’t know many.

The Muslims I know are just people. They worry about their kids (especially now…). They stress over their jobs. They try to look good for a party, laugh too loud sometimes & regret it, eat too much when on a diet. In other words? Except for the manner of their spiritual worship, they’re just a whole heckuvva lot like my Buddhist, Unitarian, Methodist, Anglican, Episcopalian, Hindu, Jewish, Wiccan, pagan, Rastafarian, atheistic, & agnostic friends. (And I’m sure I’ve left someone out!)

Any religion has horrible people among its far more numerous good ones. One of the best traditions I know is why own, Buddhism: a religion founded on compassion. And yet Burmese Buddhists are murdering Burmese Muslims (Muslims are taking it on the chin, in case you haven’t noticed). No religion is immune to fear, which drives hate.

Here is my thought for this holiday season: what if we each tried to follow our wisdom tradition’s version of the Golden Rule? What if each & every one of us worked HARD to be as kind, as compassionate, as thoughtful & friendly, to others as we would like them to be to us? What if we truly tried to love one another?

Think about it: it might be the best Christmas we’ve ever shared.

Dear America: a call to wake up
archives most recent
More from Beliefnet and our partners
previous posts