This Hallowe’en my grandson was a Ninja Turtle. Donatello, to be precise: Donnie, GiGi! Wearing his Ninja Turtle pyjamas, wielding his formidable plastic sword, he wreaked cuteness on the neighbourhood. And expanded my always-growing beginner’s heart at least 2 sizes.

His father AND his uncle were Ninja Turtles, more than 2 decades ago. Back when these two grown men were still blonde, still playing at who they might become. Now it’s Trin’s turn.

Hallowe’en has always been one of my favourite holidays, both as a child (what’s not to like about free candy??) and as an adult. Back when most children were ‘free-range,’ I roamed the neighbourhood w/ my girlfriends, trick-or-treating as a witch, as a hobo, as whatever I could concoct w/ little help from my mother. It was before parents were so actively involved… 😉

This year, my son & DIL bought Trin all kinds of paraphenalia, which his besotted paternal grandparents (that would be us!) augmented w/ a Ninja T hoodie, and a sword & throwing stars. It was almost as much fun as the ensuing pictures!

There is something deeply comforting about cycles. In our hurlyburly contemporary world, we don’t honour them nearly often enough. But watching my son’s face as he is thoroughly thwacked by a 2-year-old Ninja Turtle returns me to what seems such a short time ago. My beloved lay on the floor for a toddler to climb, just as my son does now for his son. And I listened then — as I did last night — while I did the things mothers & grandmothers do: cleared the dinner table.

Life is a recursive process, full of loops that return you to moments long past. And often — more often than not — that is a very good thing. 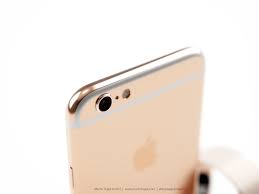