calling the trees by name

I name my trees when I plant them: Ramses, Henry, Scarlett, Daphne. My car has a name, and like T.S. Eliot, I believe cats will tell you their names. IF you pay attention. My sister and niece are still waiting for ‘Cat’ to tell them hers.

Names are, as so many cultures know, power. A good name is an entrée of sorts — it connotes breeding (if that matters to you), distinction, flair… It has its own life, almost separate from our own. Some of us — myself included — have changed what people call us, preferring a middle name, a nickname, a name that better reflects the way we see ourselves, and/or the changes we’ve navigated to harbour. 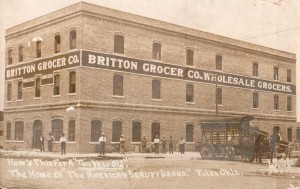 I wear my father’s name — which ‘daughtered out,’ as we say in the South — with pride in his achievements, in my grandmother & aunts & uncles. In my family. It also allows me to pass beneath (beyond?) the gendered bars so prevalent in every profession. I’m often assumed to be male, which almost always works to my advantage.

So why do I name inanimate objects (my car), as well as trees? And I’m charmed by the British habit of naming homes: Wayside, Acacia Cottage, Fern Villa, Sunnyside, The Haven. All real names of real houses. Each reflecting some significant element of place character: the green ferns; the yellow popcorn kernels of acacia, with its almond fragrance. And each ‘inanimate’ place made living by a name — made somehow more human.

We name our animals, obviously. (My beloved spent as much time on our dogs’ names as our sons’!) And that is a partial segue to why I name trees: while I certainly don’t think of them as ‘pets,’ they kind of are well-loved family members. I grieve when ‘our’ trees die (and the first few years of trying to plant this place they did! With regularity!) Trees are — for me, at least — ‘people.’ In the same way that my cats & dogs are people, although the trees rarely ruin furniture…

This makes me a rather rabid  environmentalist, I confess. Although I’m nowhere near as rigorous as I should be, especially given the urgency of the matter. I buy organic and/or local. I don’t support CAFOs through buying commercial meats. I vote as green as I can — it’s my number one issue, and even trumps human welfare at times (hence my support for Whole Foods, despite rather ratty labour practices).

Mostly, however, I try to see my connection to the natural world — to trees, to shrubs, to flowers & bees & crows & moths — as participating in a friendly web. It’s all interlinked, and naming trees is a gentle reminder. There’s a reason it’s the ‘tree’ of life, and not the shrub, or the fish, or even the raven. The ways in which a tree welcomes us, gives us fruit & shade & shelter? The seasonal panoply that plays out against the structure of branches? Maybe you need nothing so mundane as a name, but me? Thinking of the trees we nurture as part of the family is a wonderful exercise in remembering I’m just one small leaf on that tree of life. I’m the better for that recognition, I know. 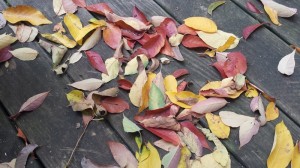 leafturn, oceanstill
archives most recent
More from Beliefnet and our partners
previous posts