wanted: the perfect house to become a home

This is the house I identify with childhood, on the left side of this giant ‘duplex,’ with the giant screened porches upstairs. It’s a villa, with a postage-stamp yard, from when my family lived in ViệtNam. This house — so Eurasian, not American at all — imprinted for me what ‘house’ looks like. There were 3 ‘real’ bedrooms upstairs: one for my parents, one for my two middle sisters, and one for me. A bath for my folks, and one for my sisters — each with its own European essential, a bidet. My room — at least until the baby came — had a tiny 1/2 bath, w/ an over-under toilet most Americans have never seen.

After the fourth baby came, I was moved onto a screened-in porch, as my former bedroom was made in to a nursery. Then, that porch became the amah Chi Ba’s bedroom, and I was moved yet again. This time into the former wardrobe, where the big closets w/ their anti-moisture lightbulbs had been stored. There was just room for a single bed, a nightstand, a very small chest. The only ‘window’ looked into Chi Ba’s room, the old porch. Most of our ‘living’ was done downstairs, in the huge living room (where we pulled cushions off the bamboo furniture and built rafts across the tile floors). Or outside, beneath the carport. Or sometimes at various parks nearby. We rarely had a yard.

So while this was my house — and home — for several very impressionable years, ‘real’ home was my Grandma’s & Aunt Bonnie’s house. A small, white clapboard house w/ only one ‘real’ bedroom. Uncle Charlie had to close in the back porch for Grandma when Aunt Bonnie moved in.

Here we had holiday dinners. Here we lived, kids nestled in with two generations when we were home on leave. Sometimes I slept w/ a sister on the twin bed in the dining room; sometimes I slept with Grandma. A couple of times I slept in the bathtub, or on the prickly horsehair sofa. Always safe, never worried about anything more stressful than school.

My ideas of ‘home’ and ‘house,’ in other words, have been shaped permanently by the transience of my father’s government career. There was home leave while we were overseas, so that I changed schools almost annually. There were never large yards until I reached junior high, and then only while we were in the US. Yards were more like Grandma’s, full of a small garden w/ vegetables, and fences clad in sweet peas, roses, & morning glories. The passalong plants of the South were her mainstays, and they grew for those two green-handed old ladies like weeds do in vacant lots. Later, as I grew to adulthood, I would realise just how tiny that house & yard were. But to me as a child, they were as large as the love my two old ladies wrapped around me like blankets.

Now, when it comes time to move yet again, I find myself trying to articulate just why I don’t want a big new house. Why I find myself drawn to older homes, that need a bit of love & imagination. Even though I realise I’m a bit beyond the fixer-upper stage of my life!

My beloved, on the other hand, although he grew up in a small home, stayed in it all his childhood. He also had access to 350+ acres of virgin prairie woodlands. So his idea of home is more spacious than mine — that Oklahoma acreage translates in to more yard for him. A stable childhood means you can move more easily into what your needs are now, and not be governed by what you wanted as a child. 🙂

So much of what we are today is inflected by what we were yesterday. We pretend this is not so to our own loss. If I can articulate to my beginner’s heart why I have such a visceral dislike of suburban sub-divisions, I stand a much better chance of moving forward with some hope of wisdom. 🙂 If I can acknowledge that I don’t trust big houses — they never lasted — I can talk more clearly to my beloved about what I do like, and why.

Our past is not a determinant, but it’s certainly a vector, like wind that blows us off course sailing. We just have to figure out what’s changed our path, and how to take that in to consideration. That’s my job these days: to find a home that is now.  And to lay to rest some of the remaining ghosts of my itinerant childhood. 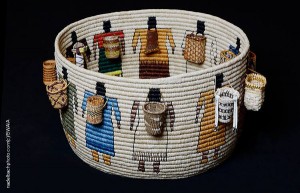 cultural burdens, with homage to Carol Emarthle-Douglas
archives most recent
More from Beliefnet and our partners
previous posts