This is a bat house. While this one isn’t the one currently in my garage, awaiting its move to Virginia, it looks much like ours will look in a few years: well-used, I hope.

As my beloved sorts through the oddments we’ve accumulated in our soon-to-be-empty storage unit, he’s found all kinds of wonderful things. Photos of me w/ my then-three-year-old elder son, standing next to the witch doctor in Kenya who told me I was pregnant w/ our 2nd son. Photos of my husband when he was very young, and even more handsome, if possible. 🙂 One of my father sitting next to his father, the year we were married.

He’s found a few books worth salvaging — not many — and this & that. But the bat house? That’s a true treasure.

Like most ‘treasures’ it has a story worth far more than it is. When my younger son was a small boy, his imaginary friend was a vampire bat. Yep — a vampire bat named Uncle Bat, who wintered in Florida. And no, I am NOT making any of this up.

Needless to say, we were bat-o-philes from the get-go. We read bat stories. We researched bats. We even joined Bat Conservation International, a global organisation committed to educating people on the importance -and harmlessness — of bats. It was only a matter of time before my son asked us for a bat house.

The challenge w/ bats is that they scare people. And our culture perpetuates that myth: bats are horrible; they carry diseases; they get caught in your hair. They’re far less ‘horrible’ than rodents (that cute mouse? that little squirrel?), although they do in fact harbor some diseases. But we’re not trying to tame them and keep them for pets — we’re trying to use them to kill our mosquitoes (which also can be lethal) and pollinate crops. Like tequila? Thank bats — they pollinate that agave. 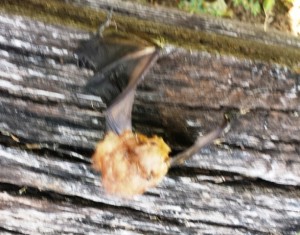 So my beloved, his father, and our two sons set out to build a bat house from my son’s BCI plans for one. The four of them cut lumber, sanded, nailed, & glued. They read blueprints and they wrangled. And a weekend later? We had a bat house! And I have memories of three generations working together on a project.

Which we never put up… 🙁

I thought we’d lost it, actually — it had disappeared into that space where things you meant to do go, and then evaporate. Or compost, or whatever they do. But it reappeared! (Did I mention some folks think bats are magic?)

So here we are, at least 20 years later, with a bat house! And I’m not kidding: it’s one of the biggest treasures to come out of the dark hole of our storage unit. Because really? What’s better than the memories of Dad, the boys, & my beloved, all creating habitat? 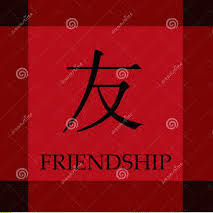 making friends with (at?) work
archives most recent
More from Beliefnet and our partners
previous posts