when will we ever learn?

During the Việtnam War, there was a popular folk song covered by several artists ~  Where Have All the Flowers Gone? Written by Pete Seeger as an anti-war song, it continues to be one of my favourite anti-violence statements.

Yes, it’s about war. But it’s also about the ongoing pattern of sanctioned violence. It’s about a culture that makes games of violence: boxing, football, mixed martial arts. Just two days before the newest horrific tragedy in Charleston (9  mothers/fathers/sons/daughters/wives/husbands/lovers…) I looked up from dinner

at a popular restaurant to see two bloody men beating each other senseless. We call it ‘sports.’ Dance? Design? Poetry & art & making? When was the last time you saw any of those on network TV?

Ours is a culture that reifies & glorifies violence. Want to torpedo a political candidate? Say that s/he is coming for our guns. Guns are our passion — not for hunting (I know many hunters who are all for stronger gun laws, and better enforcement of the ones we have). But ‘in case’… ‘In case’ of…what? In case you want to take out 27 elementary children and their teachers. In case you hate other races so much that you want to kill them while they pray, nine of them. In case of fear & hate, I guess?

I am sadder than I can describe at these grievous new murders. I can’t begin to imagine how so much hatred can fill a man so young. Where was love during his childhood? Where was the village we know it takes to raise a good man? A good woman? A happy child? This was a church, America. A sacred space, where men, women, & children had gathered to worship. Where they felt safe…

Somewhere, America has gone egregiously off-track. The land of the brave has become the land of gun-wielding haters — from all walks of life, from religious backgrounds that NEVER taught such hatred. And my beginner’s heart aches. Because once again, the flowers are gone to graveyards far too soon. And the young girls, and the young men, and the families and children left behind to grieve? Who will tell them that our guns are worth their mothers fathers sons & daughters? Who will have the temerity to pretend this is so?

There are not enough flowers in the world to make these losses right. 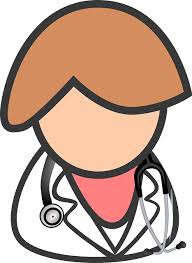