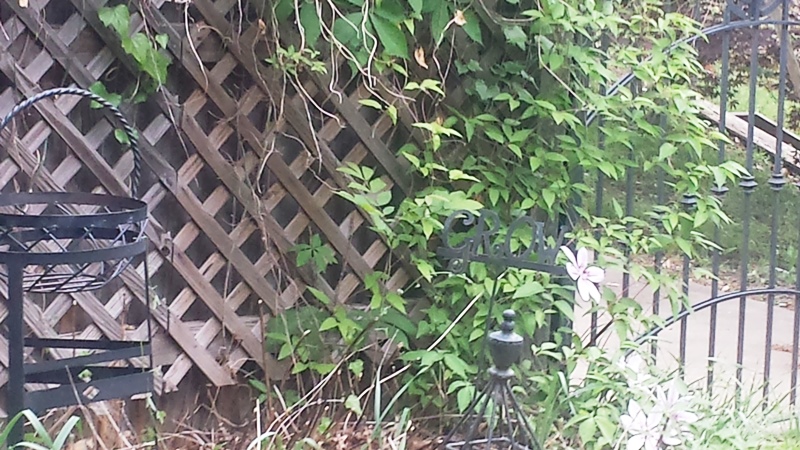 This is my unruly garden. To be fair, it’s mostly unruly because I forget it. I get caught up writing/ cooking/ drinking tea/ just vegging (and not the garden kind), and the day is gone. And I actually quite like gardening.

Well, maybe that’s not totally true. Sometimes — like w/ exercise? — I like ‘having gardened.’ War on grapevine definitely fits in this category. I HATE grapevine, at least in my garden.

This obviously isn’t grapevine. But since I spent much of yesterday & today wrestling w/ the blasted parasite, there’s only torn up places to photograph. While this view — of clematis behaving nicely — is far more enjoyable. 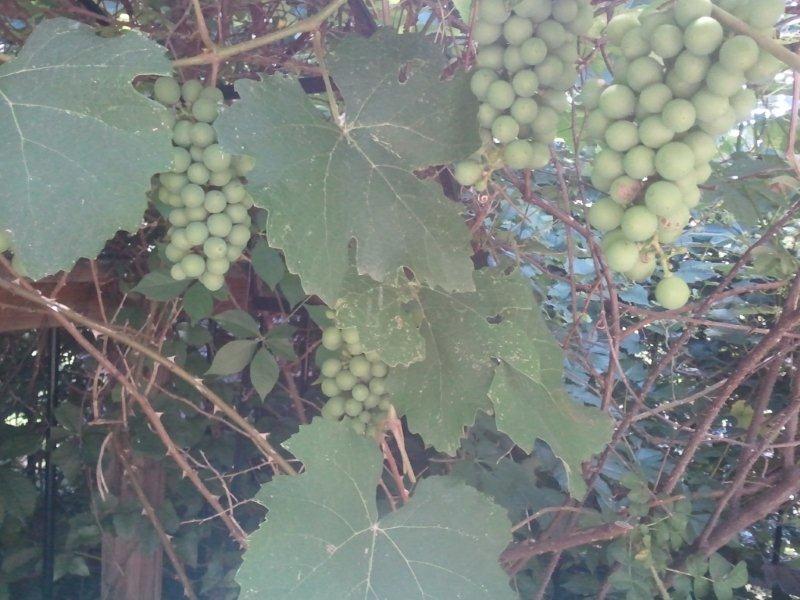 Still, as I try to look at my entire life as a practice field, I’m learning to value things I can’t stand. Like pulling grapevine out of the walled garden. An aside: the garden is actually walled like an English garden — sigh — but it is up high, w/ fence on three sides, and wall on the other.

Grapevine will NOT die. I’m sure there’s some kind of important lesson to be learned from that, but all I get out of it is that I have to keep pulling it out. Digging hasn’t killed it, nor has chopping it, pulling it down, nor ignoring it (that REALLY didn’t work).

So I’m trying to see what lessons I can learn from these daily chores. Not (as I said), from the grapevine’s rampant growth, but from having to put my WHOLE WEIGHT into pulling on it. And no, I’m NOT kidding. I have grapevine (despite years of war between us) that’s 4 inches across!

This, I tell myself as I’m leaning into a hard pull, is blue zone activity. This is making me stronger. I’ll sleep better tonight. I still hate grapevine. But  I’m beginning to learn its  lessons, and every so often? I can see it as practice. These days, it ranks up there w/ my recumbent bicycle. 🙂 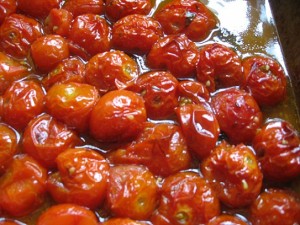