30 Days of Love: drawing birds, getting it wrong, and compassion vs. love 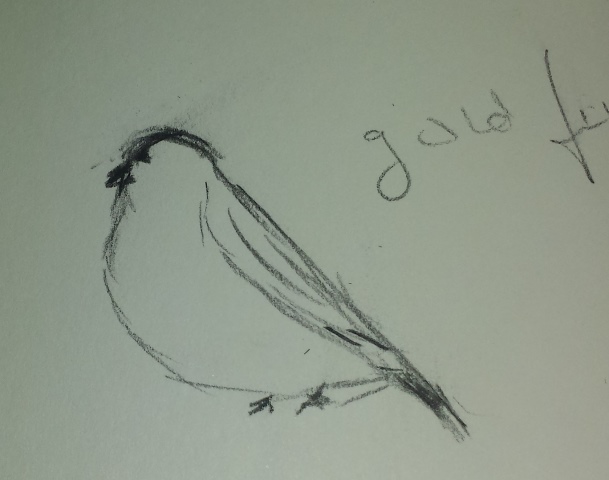 This is not a great goldfinch sketch. BUT…. it’s measurably better than last year’s birds (see below). Because I’ve spent a YEAR drawing crappy birds. 🙂 And they’ve grown slightly less wretched each month.

Here’s the kicker: you have to be able to look at the early birds ( 🙂 ) to see the progress. You know where this is going…

As I’ve mentioned many times in this blog (most recently yesterday), my family encompasses a wide spectrum of politics, religion, and personal beliefs. We range from extreme right-wing to pretty extreme left, from evangelical Christian to die-hard atheist. From converted Jew to converted Muslim. And in between? There are folks who never vote (really!), folks who practice paganism, folks who spend time in jail, and folks who do none of the above. It makes for interesting family dynamics. 🙂

It can also make for defensiveness, and probably hurt feelings. 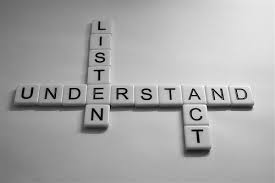 Suffice to say: the response was to say I don’t love Rush Limbaugh and Sheriff Joe Arpaio. Which is true. I have a very hard time loving mean-spirited people. Especially people who use their positions of influence to treat others badly. This makes me very non-loving.

Digression that I promise has to do w/ drawing birds AND beginner’s heart:

A long time ago — at least 10-12 years — three horrible things happened in my world. None, thankfully, to me. But they were senseless violence that occurred in lives that touched mine, either personally or geographically. One was the murder by the uncle of my son’s best friend: the man murdered his wife, but police told her sister (my son’s friend’s mother) that they couldn’t prove it. The man just wanted to be shed of her. DIVORCE, anyone??

Second, the very dear friend of my sister-in-law — a man I knew, too — was murdered. Shot as he opened the door to a kid in his neighbourhood, for robbery. A man w/ very little material wealth. The kid got little other than prison time.

And third? A young mother of a baby and toddler was robbed of her welfare check as she came out of a building. She was shot (fatally), dropping her infant to the head-breaking pavement. 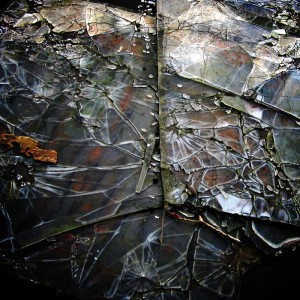 These three happenings were totally shattering for me. I couldn’t understand how ANYONE could do these things, much less people I was connected to. Murder instead of divorce? Murder of a guy in your neighbourhood for pennies? Murder of a mother w/ babe (literally) in arms??

So I went to the closest facsimile of a pastor I had: the religion professor at my university, a dear friend. Tearful in his office, I said I knew that as a Buddhist I’m called to compasion. My Christian upbringing urges love. And believe me, I will NEVER love those folks… 🙁 But Hank (my friend & mentor) said just the right thing: It’s not your job to love them, Britt. It’s God’s job. You can’t hate them, but you don’t have to love them.

Hank is a scholar of the Holocaust, the Sho’ah, as it’s known to many Jews. The Catastrophe. I asked him how he managed to look at the horrific actions of so many human beings to others. He repeated what he’d said, and that he knew God hadn’t turned his face from the victims. The murderers had turned their faces from God.

I’m not sure about ‘God,’ especially with a capital G and male gender. I don’t trust t organised religion —  joining groups skeptic here. 🙂 But I do know that Hank’s words were a seismic shift for me. Compassion is not love. It is understanding. I try daily to do that, and often fail miserably. Like the bird drawings :).

When I began drawing birds a year ago, I was beyond awful. My birds sometimes looked like CATS (I am not kidding). They certainly didn’t look like birds, much less whatever kind of bird they were supposed to be. Everything looked like a child’s poorly rendered attempt.

Now, my birds look, a lot of the time, like birds. I still have totally crappy days, when birds are less than avian. But most of my efforts are bird-ish.

It’s the same way with compassion, I’m thinking. And beginner’s heart. I just don’t have a baseline so concrete. But I guarantee you: I’m trying daily. So maybe it’s like my bird drawings, but I can’t see it. Maybe my beginner’s heart is increasingly less intolerant and judgemental, and more compassionate. I can’t see this change, so I’m just going to have to trust it. And keep working at this whole 30 Days of Love to understand.

30 Days of Love: blending faiths
archives most recent
More from Beliefnet and our partners
previous posts