Thanksgiving is NEXT WEEK! And we’ll be having a LOT of family over for the big celebratory feast. As I’m sure many of you will. And if you’re like our family, not everyone is … well, in accord on lots of things.

For instance, several of my family disagree on most things currently dividing America: the President, health care reform, education, the environment. Abortion, wage equity, immigration. Racial profiling. I could give you a long list. Or you could sub your own… 🙂

An example: a while back, a cousin & I got into an argument about the ‘socialism‘ of the Affordable Care Act (known more familiarly as ‘Obamacare’). My cousin insists it’s Socialism (I’m sure he spells  it w/ a capital S). My sister — on whose FB thread we all three were arguing — pointed out that Social Security, public education, public safety, and many other American privileges we enjoy also qualify as socialist benefits. He disagreed: I have paid thousands into SS… 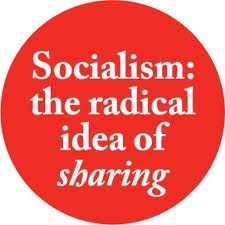 So…? How does that make it NOT socialist? According to the definition of socialism, if we all pay in to something, and our duly elected (by us) government distributes the $$ on our behalf, then it’s a form of socialism. I suspect, however, that the real problem for neo-cons is the 2nd definition, where in Marxist terminology (note: NOT common parlance) ‘socialism’ is seen as a ‘transitional state.’ And we all know where THAT would lead.

Yes… but. The United States isn’t looking to move towards communism. NO ONE I know wants a communist USA. Only fear-mongers and demagogues even bring the subject up. But my cousin’s decidedly reactionary (and uncritical) acceptance that the president is trying to ‘turn the country socialist/ African/ Muslim’ (insert whatever: all are common threads on many right-wing blogs) strikes me as very sad. 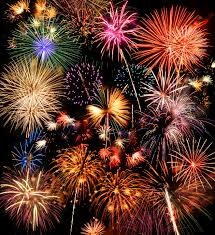 It also makes family gatherings occasionally more like Fourth of July fireworks than festive dinners. So here’s what I’m going to do from now on, instead of trying to lay out why I think differently than he does. I’m just going to ignore his attempts to draw me in to conversation. Such pretend ‘conversations’ always leave me with difficult, unanswerable questions: You really believe that people are inherently lazy, mean-spirited, cheaters? And that people who don’t look like you have different — lesser — values? That Rush Limbaugh is an accurate source of news?

Because when we talk? I never feel that he really wants to discuss what I think. He wants me to come over to his side. A kind of political Red Rover: Red Rover, Red Rover. Make Britton come over. And while I’m more than willing to hear evidence that counters what I think — and even believe — I’m not going to just give up my principles because folks don’t agree with them. Especially when they can’t muster a logical argument, w/ credible evidence. And unfortunately for many of my family, saying a highly contradictory text from a a religion I don’t follow says so doesn’t qualify (for me) as ‘evidence.’

I’m an agnostic Unitarian Buddhist. I don’t have a clue what happens after we die. But I do know I’ll take my chances at the Thanksgiving dinner table, deflecting conversations that really aren’t conversations at all. I think it’s far more pleasant. And that suits my definition of compassion to family, at the time of year when family is foremost in our hearts & minds.