Buddhism assures me there will be suffering in life. That pain will come (and go). That change will as often be for the worse as for the better. But as a generally optimistic person, I usually ignore this.  (I know — what kind of Buddhist am I?? 🙂 )

And so, when I am confronted by truly mean people — people who will lash out in their own anger and say mean, hateful things — I’m flummoxed. And then I too become angry.

Sigh. BIG sigh. Because this really helps no one, and only makes my nights into dark sleepless hours of stomach-churning and head-spinning.

Because I am, at heart, an emotional engineer. I want to FIX things. I want to stop the hurt — my own and that of the ones I love. And how very wise the Buddha was when he shook his head (surely he shook his head?) and said so many centuries ago: Suffering I teach, and the way out of suffering. And the way out? Just to get through it. Without letting the feeling dominate you. 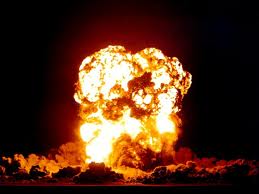 Doesn’t that sound simple? But it’s the hardest thing I know. As I try not to let the anger take me over, to just ‘feel it and endure,’ I am almost sick. How can you say you love people if you throw the jagged blades of knife-words at them? What kind of love is that? How can I speak kindly to a person who enrages me? Even if, once, I loved them?

But then… what kind of love alters when it alteration finds….? Shakespeare knew what he was talking about. When I am this angry with someone, it certainly doesn’t feel like love. And it’s hard as hell to just ‘endure’ it…

tragedy, anger, and Buddhism
archives most recent
More from Beliefnet and our partners
previous posts