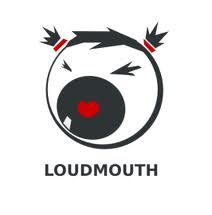 I freely admit I’m a loudmouth. AND political, to boot. Not to mention an engaged Buddhist, and a wannabe Unitarian. Which is to say, a total bleeding heart liberal with a big vocabulary. (As distinguished from a knee-jerk liberal — NOT what we like in my family.)

This is not a good thing in some venues. Trust me. Nor does it … make me friends. 🙂 In fact, I never ask to be friends on FB, and warn everyone who tries to friend me. I am VERY political.

But how can we sit by and condone things that hurt people? Things that exclude people?  I don’t know why this matters so much to me, and so little to many people I run into (over?), but it does. On both counts. For me, the political is ALWAYS personal. The ’60s were about the politics, for some of us — not the sex, drugs, rock & roll. 🙂

Apropos of politics, and helping people when we can, I sometimes read grants for organisations. I used to write them, but now I read them. Kind of fingers & thumb of the same hand. And when I read, I look for certain things: the mission of the granting organisation, obviously. But also: who benefits from this? How much does it cost per person served? Does it leave out folks?

For instance, if it’s a reading grant, and the book you’re reading stereotypes a minority, well, what’s up with that? Do I think we should fund your project? And note: in Oklahoma there are many ‘minorities’ who get left out: women, African Americans, the physically handicapped, Native Americans, non-Christian religions, homosexuals, single mothers, atheists… The list of who’s ‘out’ is pretty much everyone except white men of property. And I’m only kinda kidding…

I didn’t grow up a white man of property. I grew up a minority — a white woman in an Asian country. ‘Marginalised’ by both race & gender. Later, I would be a white non-Muslim woman in a Muslim country. Outside the right lines because of my gender, again, but also my ‘lack’ of faith. Maybe this is why I’m pretty dead-set on inclusion of my friends. Because few of my friends are white men of property. 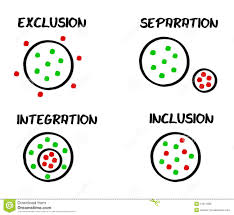 Please note: my wonderful, thoughtful, reflectively liberal husband is a ‘white man of property.’ And as soon as my sons pay off their college loans, I hope they too become men of property. They’re already white (well, mostly). But my best friends are all over the American census: black, Indian, gay, Muslim, atheist, Hindu, Jewish, lesbian, single mothers, physically handicapped. Shoot, a LOT of these ‘categories’ are family members!

So here’s my point: why is this such a big thing in America? Such a big deal that we don’t even notice — many Americans, that is — until we slap against it. We don’t even see that the book we’re reading stereotypes Native Americans. Nor do we see that our idea of the ideal American West paradigm leaves out the horrific suffering of Native Americans, the slavery of Chinese rail workers, the slavery of African Americans…

Why are so many Americans aghast that the new Miss America, for instance, is ‘Indian American’? She’s an American citizen, for cryin’ out loud! And isn’t the fact that there’s a big outcry PROOF that this country is, at BEST, ‘integrated’…? Because true inclusion means we’re all in this together. Which we don’t really seem to be. Instead, we think that America should look like my lovely niece: blue-eyed, pretty, and educated. The fact that she’s gay? Well, at least that doesn’t SHOW, right?

It makes me crazy. Because right now, it  a whole of folks are still on the outside. Including my niece.