race & gender & class, or, how Trayvon Martin died for our sins ~ 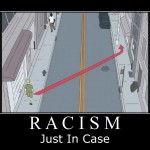 When I recently posted a blog concerning white privilege on my FB, a long-time friend & colleague asked, “At what point do we quit beating our chests?” Here’s my answer, and a warning: it’s long. But I did cite resources! 🙂

I first read Brent Staples a few years after his seminal essay “Black Men and Public Spaces” first came out. Possibly in the late 80s, maybe as late as 1990. It was one of those pieces that you remember as a point in your life: there was before, and then there was after. Nothing was the same after I read it.

The essay is familiar to many American college students — the basic premise is that class complicates white America’s fear of black men. Had Trayvon Martin been wearing a suit, carrying a briefcase, and whistling Vivaldi, perhaps George Zimmerman wouldn’t have murdered him. Or at least that was Staples’ strategy against the ominous click click click of car window latches that President Obama spoke of. But Staples wrote his essay in 1986. I doubt it would be that simple now.

Race is a difficult topic for white America. At least most of us. The idea of white privilege even more so. There’s an enormous resistance to believing in/ recognising white privilege. Especially among the blue-collar class, who have experienced prejudice as well, in the form of classism. A man (or woman) who has had to work for everything he has doesn’t want to believe it could have/ would have been even worse had he been black or brown.As a first-generation academic, I agree that certainly it is hard enough for many whites. But the white man we’re making

an example of made it, he thinks, and so can anyone else who tries. Such a man is rarely interested in seeing his race as a positive factor in his success. Especially if he wasn’t successful. Being white has had no impact, he says. And he may be even more vocal if he is now a ‘self-made’ man. Witness the raging response of “I built this by myself!!”

White privilege is the assumption that you have right to walk the streets at night as who you are, even in a hoodie. That you can walk into a highway McDonald’s with 10 friends and no one will tremble in fear. (My friend Ben, who works at a historically black college, says that all buses with black athletes travelling must have 1+ whites on board to allay the fears of highway restaurants, or the bus doesn’t bother to stop. Too risky, Ben says.)

White privilege means your son will never be Amadou Diallo, shot 41 times by New York police, “just for living in [his] American skin,” as Bruce Springsteen sang. Both young men unarmed. Both yet another prompt for black American parents to have the ‘always keep your hands in sight’ talk. A discussion I have never faced with my two white sons.

Being white means my two sons will never be asked for their papers when stopped by a cop for a light out, although my older son’s brother-in-law will. And possibly, if he grows up in Oklahoma, my beloved grandson will… Although I hope that this madness gripping America fades into a gentler picture by then.

White privilege is so pervasive that like your left knee, you don’t notice it. IF you’re white. Yet, as my cousin Jean wrote in an eloquent FB post, “black men, in this country cannot escape the narrative that we as a culture have painted them in to. The narrative is that they are automatically a threat. If an unarmed, black, teenager is walking down the street, then they must be a threat. They cannot belong there; we as a culture cannot allow it. And this is the message this verdict is sending. It says that black people are not safe in America. Even worse, it is saying that they do not belong. And as a person with white privilege, this verdict, while tragic, will never affect me personally. I am not the one being told that I can be killed at any time with impunity. So, if you feel tired of having to deal with the Trayvon Martin story, please remember that not all of us can afford the luxury of ignoring it.” 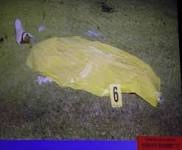 Given the nightmares a Harvard-educated, suit-wearing, polished & urbane black president ignites in the breasts of far too many Americans, I doubt that 17-year-old Trayvon Martin would have lived even in a suit. It would be wonderful to think so. I’d also like to believe that my early family weren’t on the wrong side of Archer Street in the Tulsa Race Riot.

Issues of race are worsening in America, even though — perhaps because? — we have a black president. As Peggy McIntosh said about the same time Staples published his essay, we need to unpack this nation’s knapsack of white privilege. And begin to heal America. Or put it this way: every yellow body bag with a 17-year-old boy’s dead body in it is the direct result of someone’s unpacked knapsack. And no whistling in the dark will bring him back ~ 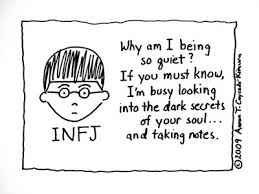