talking about books: a tale of hope ~

I spent an evening earlier this week with more than 30 women, in a lock-down facility, talking about the dancer Isadora Duncan. Part of an Oklahoma Humanities Council book group initiative, partners are provided with books and a list of ‘scholars’ who can lead the discussion.

The women were a joy to visit. Smart, reflective, intuitive, & insightful. I’ve been in grad seminars w/ less lively & nuanced conversation. The 30+ women had read a difficult book, one rife with heavy vocabulary, thick with untranslated French, German, & Spanish, and not always towing a narrative line. A few freely admitted they hadn’t finished it, and a couple of even braver souls said they hadn’t gotten past the first pages.

Note: I’m used to books like this, and it took me forever to get into what became, finally, an engrossing tale of dance, love, and the sacrifices one woman made for her famous success.

These women had worked all day on ‘programs’: addiction counseling; family therapy; meeting with lawyers and social workers regarding child custody, divorce, & other family difficulties. And more: finding places to work, learning how to apply for these jobs, finding childcare… The list is long & exhausting.

After 10 hours of a day like that, they came to a presentation on a book many of my happily indulged college students would find not worth picking up (truth, this). But a very young woman in the third row, wearing the leg cuff of a newcomer to the program, was mesmerised. Her hand shot up like an A+ student whenever I asked a question.  And a grandmother of 8 in the back row told me she couldn’t wait to actually read the book — the conversation had hooked her.

When it was time to move into small discussion groups? They refused, nicely. They wanted to go on just talking about the book together, hearing what each had to say. A German immigrant, still clipping her consonants and velveting her vowels, warned us — after I said the French was sometimes untranslateable — that the German in the book made no sense. We talked about that. 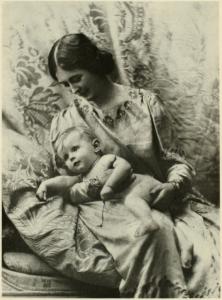 A woman in the front row, after 18 months almost ready for release, wanted to know how we thought Isadora Duncan got through the death of three children. We talked about that. I gave the group background on the differences between memoir & autobiography — both genre differences and the earlier academic gendered readings — and we talked about that.

What I saw, for the two-plus hours I spent in lock-down, was what literature and the arts are best at: dissolving differences. Blurring boundaries. Women from their early 20s to their late 50s turned in their chairs and talked about literature. About the theme of a book, of a life. About art & its importance. About a woman born more than 100 years ago who faced tragedy.

And what I will remember is this: the room was full of empathy for that long-dead woman. And grace. The room of 30+ convicted addicts was full of humour, wit, intelligence, & grace. It was a wonderful evening.