day 26 of the month of Thanksgiving: the threads that bind ~ 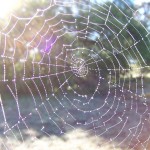 Today I’m grateful for the ways lives bump into each other. Because it’s all connected. At least that’s what Buddhists think — you, me, the screen where the letters appear, the chocolate I bought at Target, the  leaves blowing against the front door. I know that, but I don’t always remember.

Until a former student’s father emails me, writing that his daughter told him I do writing workshops with teachers. That was my day job when I taught her, and she remembered. And told her father. Who remembered. And who then wrote me, asking: would I conduct a writing workshop for his district? Because he’s a superintendent of a consolidated school district, and Common Core is here & now, and they’d like to do some writing.

I sent him a note, ccing the people he should contact, and thought about webs. Thought about how my life overlaps like the coloured leaves in piles on the ground outside. And where did this start? With a student in a writing class.

It might just be what I tell friends: Oklahoma is a very small town . 🙂 But I suspect it’s that universal web (no, NOT that one… :)) at work. What we do is one node; who we are another. And each of those nodes is connected with everyone and everything we encounter. So that ultimately it’s all that huge webby thing ~

How I teach is the result, certainly, of my work in professional development. But I never think of my students seeing that. And I don’t really believe my student thinks of it that way. What she saw was only one element of a web of linked people and causes and learning, manifest in her classroom. But she took it home, and shared it. From the node of the classroom, her writing, my teaching, she extended the web into her home, into her father’s district.

This comforts me, even as I wonder how I’ve screwed up at times (the arrogant, brow-beating math teacher I yelled at in a meeting comes to mind…). But this time, I must not have screwed up. Or my wonderful former student surely would not have recommended me to her father… 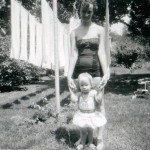 day 25 of a month of Thanksgiving: cousins, aunts, & uncles ~
archives most recent
More from Beliefnet and our partners
previous posts