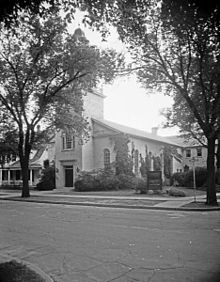 I don’t go to church much. When I do, I go to All Souls Unitarian Universalist, the largest UU church in the world. In Tulsa.  Tulsa.

Today I went to see my nephew officially welcomed in to the congregation.  His significant other is UU from her earliest childhood — grew up at All Souls — and he also has found a home there. It’s one of the most welcoming churches I’ve been to.

The  sermon was a prime example of why I consider myself as much UU as Buddhist. The senior minister’s ‘sermon’ — more a reflection and sharing of thoughts — was about what we need to ‘un-learn.’ And there is much, especially here in the home of the 4th worst race riot in American history.

Tulsa is a city deeply divided. Has been for generations, and still reaps the stunted harvest of violence & difference. We are an essentially segregated city, divided into de facto quarters: north Tulsa is African American; east Tulsa is Hispanic; south Tulsa is upper middle class white; west Tulsa is blue collar white. The old centre of town is old money, all white. And even within that enclave, there is the Maplewood area — which used to be Jewish — and ‘other’ money.

Newcomers don’t see this immediately. And whites often reject this map, saying that segregation ‘is all behind us.’ Well, no. It’s not. But at All Souls — flagship of a religion/ belief system seen by many as a liberal white country club — the UU congregation is walking the walk it’s also talking. Because All Souls is moving. Not immediately, but soon. North. Out of the old money neighbourhood, out of the beautiful white church w/ the bright light falling in great shafts through the tall windows.  North.

Did I mention there’s a lot to unlearn in Tulsa? Racial stereotypes,

ethnic stereotypes, gender & class & political and every kind of stereotype you can imagine. We’re a kind of confluence of the vectors blowing across America. Right outside of Tulsa we have both a major KKK office and a major neo-Nazi party office. But we also have the Sherwin Miller Museum of Jewish Art, and the Jewish Federation’s amazing Holocaust Council. We have the John Hope Franklin Center for Reconciliation, trying hard to move this fractured city beyond the Tulsa Race Riot of 1921 (it still haunts us…). And we have All Souls, actively working to promote social justice and access.

I talk much in this space about learning beginner’s heart. But today, something said in church resonated strongly: to be filled w/ new learning, there needs to be emptiness, too. It seemed the perfect meeting of Buddhism & Unitarian Universalism.  There needs to be stillness, space for the new. Breathe out, in other words. Then you can breathe in…

poetry time, or, when names are poetry ~
archives most recent
More from Beliefnet and our partners
previous posts