of bullies, and victims, and what the rest of us can do ~

Bullying… It affects all of us — the bullies, their victims, and those of us who see it happen. Culture tends to frame it as an axis: bullies on one side, victims on the other. It’s not that simple.

Amanda Todd might still be here if someone had stood up for her. Stood up to her bullies. Put their arms around her and told her it would go away. There is a heart-wrenching still of her, holding up a note that says: I have nobody. I need someone. Instead, she voted with her life.

There are Christians who would have you believe that the anti-bullying movement has been co-opted by gay recruiters. This makes me sad and angry on so many levels. It’s so not the Jesus I grew up reading. It’s not my mother’s, or my grandmother’s, or my sister’s, or my father-the-deathbed-Christian’s religion… That’s deeply saddening…

And yes, one (possibly gay) anti-bullying activist came unglued at a meeting. And yelled at Christian kids. Not excusable to yell at kids, certainly. But let’s talk about the PTSD my gay friends (particularly the males)  struggle with. Let’s talk about ‘threat of injury or death’ for gay males, in the wake of Matthew Shephard‘s murder. Having done significant research on PTSD, it’s not always ‘controllable.’ That’s part of the definition. And let’s talk about how religion is too often a bludgeon used against gays.

Then let’s discuss gay ‘recruitment.’ As the aunt of a lovely lesbian, the friend & colleague of MANY gay men & women, I don’t know of ONE who wants to ‘recruit’ anyone to be bullied, hated, condemned, and denied entrance to many Christian faiths. I have a dear friend who can’t attend the church of his childhood because he’s gay. He’s a devout Christian, but struggles to find a church at home w/ both his personal life and his spiritual one. Who on earth, looking objectively at what gays in this culture endure in the way of discrimination and intolerance, can really believe in gay ‘recruitment’…? It defies reason, but then hatred & fear often do…

As I’ve written elsewhere, I find it incredible that Christian ‘family’ organisations are telling followers that the anti-bullying movement is homosexual activism. Amanda Todd wasn’t gay. Nor was the young Pentecostal girl I had to walk to school with in 8th grade to keep from being taunted. Nor were the black cleaning ladies who stood on my corner for the bus, and had to hear the taunts of the white teenage boys driving by in expensive cars.

These are real stories, and I acknowledge their anecdotal nature. But they happened, and I’m not naïve enough to believe I’m the only one with these experiences.

The young woman in my neighbourhood wore the long hair and traditional long skirts of many Pentecostal women. This made her fair game, apparently, for the bullies (male & female) at our middle school. She wasn’t my close friend, but I couldn’t stand by & do nothing. So we walked to & from school together. For weeks. Until the bullies moved on.

Same with the women on my street corner, tired from a long day of cleaning South Tulsa houses, waiting for the bus to take them to their own homes, all the way across town. Easy targets for bored white boys. I couldn’t do anything about the ones in cars, but the one who walked by? I could (and did) go after him w/ a broom. And beat the bully out of him. Skinny white girl whacking away with a broom, yelling.

And the same with the dear friend who for no good reason became the Amanda Todd of our middle school: targeted as a ‘slut’ without any support whatsoever. Supposedly the ‘prize’ of an 8th grade football party. No matter that a boy present DID stand up and say she wasn’t there. Rumour is stronger than fact, sometimes. I held her in a big hug, and together we sat apart from the girls who shunned her. The boys who jeered.

Every day somewhere in America a child contemplates suicide because of people like those in my middle school. Nice Christian kids, who probably go to Sunday School (these all did — mine). 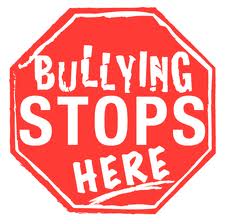 So do not tell me that Christian kids are blameless. Some are, some aren’t.  I teach. And I’ve seen a LOT of Christian kids use their religion as an excuse to be incredibly rude (and that’s being polite) to gay kids, poor kids, black & brown kids. Note: that doesn’t actually address my question, which remains: why is an anti-bullying day seen as a ‘let’s all get gay’ recruitment? Because of a couple of gay anti-bully folks?

Considering how many churches see bullying as the face of their own homophobia, I am angrier at AFA than I can imagine. Bullying is NOT simply a gay thing. And the AFA is missing an important opportunity to reach out beyond liberal stereotypes of evangelicals. Don’t like gays? Your business. But do NOT use that as a reason to drop the ball on the horrific bullying of girls (‘slut’), blacks (‘nigger’), Latinos (‘wetback’), and others — rural, poor, single parent, etc.

There IS something we can do about bullying. We can stand against it in all its forms. And not (conveniently) forget its diversity. 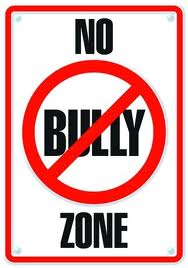 homophobia & the American Family Association: rewriting the teachings of Jesus
archives most recent
More from Beliefnet and our partners
previous posts