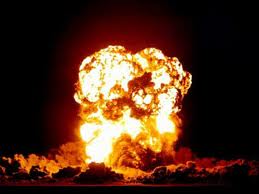 I’m fashed, my Aunt Bonnie would say. From the French ‘fâcher,’ to make angry, or offend. It’s an old Southern term — probably been around since French settlements.

It isn’t just ‘to get mad,’ however — at least not the way my family used it. If you’re fashed, you’re obsessing over something, tying yourself in knots. That would be me…

And as usual it’s education. A collision of two stories, and a post by my cousin Sally, has left me steaming. The first story is from Switzerland, via a colleague. It simply states that the average salary of a teacher in Switzerland is in excess of $110,000.00. Using a mathematical formula (Purchasing Power Parity) that I frankly didn’t get, Daniel — my colleague — says that in 2012 terms in the US, that would be a scant $79,000.00.

Keep that figure in mind.

The other story was a post on a friend’s (and fellow teacher) Facebook wall. She was reposting yet another  teacher’s frustration at the portrayal of the striking teachers in Chicago. ‘Greedy,’ an editorial in the Washington Post called them. ‘Not concerned about the children.’

Finally? My cousin Sally — who is spending her teacher’s retirement TEACHING. A gifted, committed, passionate teacher. Who says that in today’s climate, she would never have become a teacher… We would have lost her, as we are losing so many of my students who entered teacher training…

So here’s my rant (and warning, I’m pretty hot!): What in the current education reform movement — as exemplified by dollar-chasers like Michelle Rhee —  is about the children? And who of these many reformers has taught in a classroom? Michelle Rhee tore the skin off her students’ mouth when she pulled the masking tape she’d used to tape their mouths shut. Is THIS the kind of mindset we want in our beginning teachers? And yes, she was a first-year teacher. I work with first-year teachers –not one would ever have taped a student’s mouth w/ masking tape. No one I know thinks that is a ‘game.’ Nor would the current education system allow such a ‘mistake.’

As usual, I’m frustrated at the media treatment of teachers, who seem to have become America’s new villains. When the respected Washington Post publishes an op-ed piece that says teachers are greedy, and they already make more than they should, I wonder if anyone at the Washington Post has spent extended time in a k-12 classroom. I wonder if they realise that the classrooms in Chicago often are so crowded that there aren’t enough desks, nor room to put them if there were more. Can anyone say ‘fire hazard’…? I wonder if America truly believes that 90% of Chicago teachers — those who approved this strike — are horrible, greedy, men & women, concerned only about the almighty $…?

And I wonder if anyone in the media has read the extensive research on standardised testing, and how difficult it is to use as any kind of assessment. Even assessment of the students who took the tests, much less of their teachers. My younger son tested horribly on one important test — the test turned out to be WRONG on some answers, and my son is a 2nd guesser. I wonder if Americans have a CLUE how much class time is spent teaching to a test that will not in any way be useful to students outside a classroom.

I also wonder why we feel that experienced teachers are ‘too expensive,’ and want newbies. Do you prefer a brand-new surgeon to one w/ years of experience? How about a mechanic? One just of out of Vo-Tech? Or one w/ national certification from Honda, and 10+ years of experience? A master Lexus tech can make up to $104,000.00. In the US!

So here’s what I’m taking away from this. We don’t value teachers. What they do, we seem to say as a culture, isn’t important. ‘Anyone‘ can do it… It doesn’t need special training (alternative certification in Oklahoma, at least, requires only a bachelor’s degree and a few supplementary courses

— not an education degree). Experience counts for very little, and isn’t worth the money. And worst of all? The new ‘normal’ message is this: teachers don’t care about children.

But profiteers — they care about $$. NOT about our children. I want to know: who set up this new normal…? And what can we do to change it??

'it's just stuff,' or, the important things ~
archives most recent
More from Beliefnet and our partners
previous posts