I spent most of June this summe, in a graduate Institute with teachers of all grade levels (k-university), in several content areas, and from varied backgrounds. The seminar lasts for three weeks. During week 2 we discuss cultures: what each of us — teacher & student alike — bring to a classroom.

Of this year’s 15+ participants, we brought many demographics to the table: male, female, young teacher, older teacher, black, white, Native American,  Asian American, Muslim, Buddhist, Christian, atheist. We’ve spent time discussing gay rights, the Holocaust, the Tulsa Race Riot, and many other touchy, culture-based topics. We’ve even had presentations on how to best engage in these hard talks. But despite the very clear challenges for women, men, gays, Muslims, Native Americans, Jews, & others in today’s U.S., we kept coming back to race.

In this country, race has always been the subtext. Sometimes, not even the ‘sub’ text — perhaps race is  the Ur text of American culture. Written so deeply into who and what we are, the result of assuming a highly populated area is ‘empty’ because the inhabitants don’t look like us — how convenient, when what we want is their land — that we never escape it. We are born into this text. It is imprinted indelibly on us, encultured from birth. We have to fight HARD to resist its insidious poison.

From the very beginning of European conquest of the Americas, race has been a trump card. Religion, class, gender — race trumps most of them. In the early days of slavery, the Papal bull Dum Diversas made 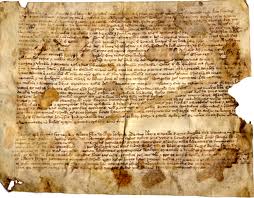 it just fine to ‘subjugate’ and make slaves of anyone felt to be a pagan, a heretic or an ‘enemy of Christ.’ Again, how very convenient for Europe, just beginning to feel the stirrings of social justice as the Renaissance danced. Let’s call it ‘religion’ to define everyone who looks different, disagrees with us, or has something we want as ‘soul-less infidels’ and either kill them or enslave them. And let’s say God — however we (white Christians) define ‘him’ — is on our side, when we do so.

We (white folks) like to point to Obama with pride, and pat ourselves on the back about  how far we’ve come from ‘those’ days. Never mind the ‘achievement gap’ (and yes, I hate the term too, but I don’t have another term for the way the US educational system fails so many students of colour). Never mind the inequities of the so-called justice system, which incarcerates more black males than attend college. And never mind our own unconscious participation in this biased, skewed system.

This past June, the 15+ teachers in  Institute talked for hours  about what teachers can do — what each of us, individually as well as together — can do to change the stats. To change the world :). Help students learn, obviously, so that they can join the conversation. Be part of the system, should they choose. But over & over, what I heard when I listened (which is far harder than it should be!) to dear friends & colleagues was this:

We need to share our stories. All of us. Each of us. Share our cultures, our foods, our stories and music and where we’re from. There’s a poem, by Georgia Ella Lyons, ‘Where I’m From.’ Many of my friends & colleagues make use of it to help students make visible to others their own internal cultures. The music and food and traditions and stories that ground & frame them.  This, I heard from a man whose native language is slowly fading from memory, would help us learn from each other. This, I heard from a man whose family is part of a white demographic often discriminated against, might help us see each other as people.

As a teacher and a writer — a teller of stories in so many ways and venues — I would like to think so. Because this past week’s conversations reminded me of an epiphany I had almost two years ago, at that kingdom of magic, Disneyland World.

My friend Shanedra (a newly minted, brilliant Ph.D.) had been part of a session at our national conference, held that year in Disney World. She was relating the response she received to her bang-up presentation:

“How old are you?” asked the middle-aged white academic of my admittedly young-looking friend Shanedra. Shanedra responded (and she is indeed young, compared to a lot of the oldsters at the conference).

When two of us (both white) heard Shanedra retell this anecdote, we saw the agism immediately. “That was pretty dismissive,” I remember saying. I wasn’t prepared for what happened next:

“Oh, it wasn’t  AGE she was talking about,” Sylvia said and why 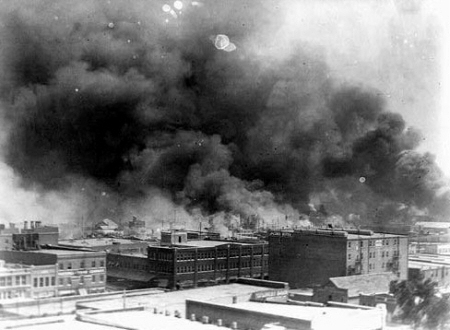 can’t I think of a verb or even an adjective that adequately conveys Sylvia’s voice? That admixture of disgust, familiarity w/ the situation, and bone-deep frustration and resentment?

“It wasn’t AGE,” she repeated.

Sally and I were puzzled. “So what was it?” We asked. And honestly — after all these years of working HARD to understand the many many many ways in which white privilege and unconscious racism impact (daily — every day…) so many of my friends and colleagues and students — I didn’t see it.

“She meant,” and Sylvia’s normally quiet, even reserved voice deepened and thickened to an almost menacing snarkiness, “She meant how did a little black girl like you get to be so smart? She meant you don’t have an accent. She meant you speak so well for a black chick.”

I looked at Shanedra for corroboration. She was nodding in agreement, totally unphased by Sylvia’s tone of voice.

Allies ~ are those White individuals who act in ways that counter the hegemony of racial privilege, stand as “enlightened witnesses” (hooks, 2003, p. 89) to people of Color during racialized experiences, and work within the socio-political systems to eliminate the privileges and advantages that White people are given (Kivel, 2002).tion, but I do.

The point? I truly didn’t see the racial axis in that exchange, only the agism. And yet I heard years of facing that specific attitude in Sylvia’s voice. When she went off, I heard the pent-up resentment of daily dismissals and microagressions cracking open — detonating like improvised explosive devices in a guerilla war of race: white privilege against everyone else.

When I shared this story — as we do at the summer institute I was helping direct — the following question arose: so what? The white chick probably didn’t even realise she’d committed a ‘microagression.’ Why bother telling people when they screw up, if it’s unintentional? In other words: what do white people get out of hearing all this? Why should we bother tell to them (and I’m a ‘them’ too, of course) when they screw up? And why would they bother to change?

This is the importance of a word I’ve grown fiercely attached to: ally. It’s not enough to ‘do no harm.’ We need advocates: white people to fight for racial justice. Straight people to fight for gay equality. And other mainstream cultures to fight on the side of the side-lined.

Because social justice is not just having a half-black president. Social justice will be served in this country only when there is not only address of wrongs (the many ‘gaps’ between blacks & whites, for instance), but redress of wrongs. Do I believe Tulsa,

for instance, should offer some kind of compensation to the families who lost properties in the 1921 race riots? Absolutely I do. The same way that the US offered token compensation to the Japanese victims of internment.  There is a principle that shows ‘apology.’ Not mere lip service, but what this country too often values more than integrity: money.

I’m not holding my breath. Any more than I believe I can make daily life any less a minefield for Sylvia. Or Shanedra. Or Ben, or Dewayne, or any of a number of dear friends who are black. Or my friends who are afraid to tell their parents — after 15 years of living together — that they are partners.  But at least I can go on record: watch what you say. Pay attention. I’m watching. And I’m learning. I’m learning how to be an ally. And for this white person? That’s enough. 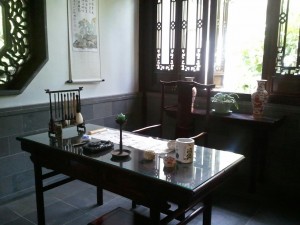 a garden, a scholar, a couple of hours ~
archives most recent
More from Beliefnet and our partners
previous posts