meeting in our good intentions ~ 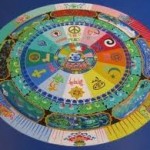 While on vacation, I kept having what my elder son & I used to call baby enlightenments — epiphanies, a Joycean scholar might say. But targeted towards growing, finding balance. Some were brought on by the way I think (metaphorically): seeing a river, and its shores, and all the ways that speaks to me inside. Or hearing my breath deepen as I climbed a hill.

Mostly, I found myself ‘eldering.’ As I’ve mentioned elsewhere, I subscribe to Friends Journal, a wonderfully thoughtful exploration of complex contemporary belief — not only for  Christians, but for all of us who seek to nurture peace & compassion in today’s fragmented world.

That sounds pretty hokey, doesn’t it? But it’s what most of us want, I think, despite what often seem like insurmountable differences. I’m pro-choice, but I’m not pro-abortion. You may be anti-choice, but unless you’re far more anti- than most of the people w/ whom I have contact , you may temper your dislike of abortion w/ an ‘except when’: rape, incest, the life of the mother.

That said, eldering involves just such difficult conversations, sometimes. I find myself talking through my positions on politics, faith, law, and poetry (and yes, I put that right up w/ politics and faith)  on Facebook, trying to explain why I still — despite the bad PR — am proud to call myself a progressive.

But more often, eldering is simple reassurance. At least it seems to be these days. It’s unsettling when I practice what seem to me everyday good manners and the coffee barista, or the waitress, or the guy next to me in line says ‘THANK YOU!’ effusively. As if I had done something worthy of note. Hello! Treating each other kindly shouldn’t be that unusual!

A woman at a coffee shop I frequent in Portland gives me a free coffee,  because I compliment her on her amazing foam art (truly exceptional!). A waitress brings out extra goodies. Over & over, people respond to kindness with kindness. It’s a kind of given… And who doesn’t need some extra TLC these hectic, wearing days?

Former students ask me about graduate schools. Friends from long ago reconnect with poems, and gifts, and celebrate a retirement that so far, at least, seems far more official than actual. 🙂

It’s a gift, the last 1/3 of our life. I may go a bit beyond those years (I have longevity on my side :)), but I can’t promise I won’t be loopy, as so many of the women in my family have become. So I’m practicing up to be a better elder, with what the Friends Journal tells me is, in part, the job description: being a better listener (not always my strength). 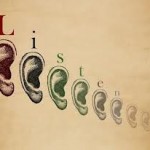 It sounds so simple, and yet it’s key to why the nice barista gave me a free cuppa. I heard her. And I saw her, as the Na’vi would say in Avatar. Perhaps because I’m a poet, I find people fascinating. My husband swears it’s why I became a journalist: so I could ask folks nosy questions. I try hard to make eye contact, if they wish to (but sometimes I forget, and hug folks who are not comfortable w/ the contact! Ack!). Whatever it is they’re doing/ saying/ going through, it’s just good manners to be be part of it. Even if (ouch!) I sometimes blow up and say some dumb thing (to virtual strangers!) like…kick his butt out! You do NOT have to be someone’s punching bag!! (I really did say that to a woman on the bus…)

In other words, I am part of their stories. I watched as the barista rocked the foam across my cup’s surface, carefully focused so that the perfect heart would form. And the man behind me in line? Hello — he only had four things! Why  wouldn’t I let him go ahead of me & my return-from-vacation buy-out??

And while I sometimes wish folks wouldn’t tell me, well, everything (TMI alert!), I’d rather be the ear they need than close down the conversation. If I don’t agree — and being the highly judgmental person I’d rather not be…), I work to meet them in their good intentions. You want to talk about how bad teachers are? I won’t agree. But I will meet you in your fear for your child’s schooling, for education in America. And we can go from there.

Do you feel that the country is going to hell? 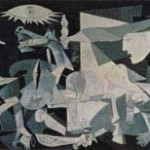 I don’t — or at least almost certainly not in the way you do. But I can meet you in that place where all the changes and media and in-fighting and corruption are just overwhelming. And we can agree that this is not the middle age we signed up for.

That’s not too much, it seems to me — simple good manners and an effort to move beneath the surface of  rhetoric to the heart. I think it has to be a critical lesson I’m supposed to learn. It just keeps coming up so often ~ beginner’s heart in the middle years. 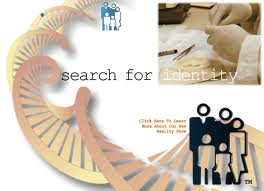