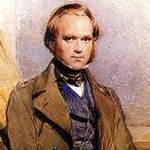 I love science. And of course Darwin — like Da Vinci, like Einstein, like Copernicus — dominates it. Yesterday was his birthday (sorry about the tardy Congrats!, Mr. Darwin). So here is a bit of Darwin reflection ~ and bear with me: I promise it has to do w/ beginner’s heart…:)

One semester — and one only — I tried to teach Darwin in a lit class. We do a lot of nonfiction in literature (Benjamin Franklin, Mary Wollstonecraft, Scott Momaday, just to name a few), looking at figures w/ long-term literary impact. Several of my students (and this was an honours class) flat refused to read Darwin. Nope, they told me. He’s … well, Darwin. And against their religion(s).

Just to read him? I asked, incredulous. You can’t even READ him, to see what he said in his own words? And to a student, they shook their heads. I promise I’m not exaggerating, nor am I over-stating their adamant refusals. No negotiating — Darwin may as well be the anti-Christ.

Because this had never happened to me before, and because I don’t believe in putting students on the spot, I allowed them to read something else. But I’ve never forgotten that class. 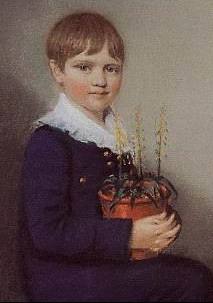 Nor the quiet, back-door responses of other students to this small cadre of their very vocal and conservatively religious colleagues. One told me she felt totally disdained by the students in the class, because she was an atheist. Another told me that he felt his religion — Judaism — was both maligned and dismissed by the same students.

I have no facile comments or final conclusions about this class. I don’t understand it now much better than I didn’t then, if that makes sense. It’s always been incomprehensible to me that any literature is ‘forbidden.’ I did ask my students why they had been forbidden to read Darwin. They hadn’t been expressly ‘forbidden,’ they assured me. But to a person, they said that Darwin was evil, and they were ‘discouraged from’ reading his work. After all, he denied the divine plan.

But here’s what I wonder: how can mere human beings discern the divine plan — always given that there is one…? If something there is that created the spark that became today, the fragrance of Hao Ya tea, the crisp winter cold, the queue of birds lining up at the bird bath we just unfroze, how can I, addled mortal that I am, comprehend that? And what is there about ‘faith’ that is threatened by knowledge?

My students were not interested in discussing this much at all. I did ask if they followed the Old Testament, and the Laws of Leviticus. This is what hurt my Jewish student — the Darwin-deniers were appalled at the idea. But it’s the Old Testament —  Genesis et al — that carry the Young Earth creation myth. And to be a Young Earther means you also deny the following scientific fields, as I’ve touched on elsewhere: physics, chemistry, geology, astronomy, cosmology, paleontology, molecular biology, genomics, linguistics, anthropology, archaelogy, climatology, and dendochronology. If a scant 1/2 of American believe in the Young Earth philosophy, no wonder we don’t have many scientists!

So, Darwin, what do you have to say about this? Baptised Anglican, raised in the Unitarian church, you studied to be Christian clergy yourself. And you like a happy ending, it appears.  So this poem by Wislawa Szymborska made me happy. Especially when I think of Darwin possibly reading Austen, one of my all-time favourites: “the lovers reunited, the families reconciled.” It’s called: ‘Consolation.’

I’d like a happy ending too. But I’m not sure what it would be, or how my beginner’s heart — which would like very much to understand why science is seen as threatening faith — can help it come about. Any suggestions? 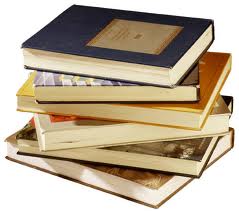