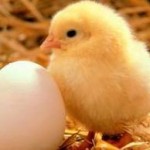 I couldn’t tell you which came first: my concern for folks on the margins, my belief that we’re all connected (a kind of nascent Buddhism), or my didactic teacher-self.

I remember teaching my 2-year-old younger sister to ‘read’ by having her memorise what I read to her. I remember looking at the young mother & child, begging outside the  iron gates of our privileged life, separated from my comfortable 9-year-old self by only years, and thinking: this isn’t right.

And I remember knowing — before I ever set foot in a temple, and long before I had ever heard a single Buddhist teaching — that threads connected every one of us to each other, to every thing.

So I can’t tell you a story of chickens and eggs :).

What I can tell you is that the old 60s saying “the personal is political” resonates for me whenever a politician invokes ‘statistics’ or ‘tax cuts’ or ‘education reform’ or any of the current buzz words that elide real people’s faces. Politics-speak is a return to the ugliness of ‘collateral damage’ language for me.

In a classroom, poverty has a real face. 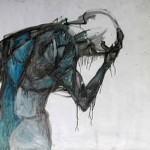 Teachers can’t pretend, as many Americans seem to want, that people on food stamps ‘don’t want to work.’ Teachers hear — in ALL grades, even in college — about families struggling after lay-offs.  About rural towns gutted when WalMart leaves, and there are no small businesses left to feed the hungry, or employ mothers & fathers. About families moving in together to save rent, and no milk or fruit in the fridge.  It’s endemic.

I’ve often wished American politicos could teach in a class for a month. A day is far too short. Even a week isn’t quite enough. But in a month, the children begin to open up. They share that dad became a meth addict (the lowest of the low, in Oklahoma) because he was trying to stay awake on long-distance truck routes. I know — NOT excusable. But also not a throw-away human being, as so many politicians seem to believe. 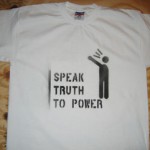 In a month you would learn that the Medicaid which campaigners want to cut means that Grandma, who takes care of the kids while Daddy tries to work, won’t be able to go to the doc now for her high blood pressure. Or her diabetes. And that Daddy will have to drive all the way to Oklahoma City (to the base), from Tulsa, missing work, to get his eyes checked and glasses to drive to his job. And be grateful he has veteran’s benefits, at that.

It’s just not simple, folks. You want to cut programs for second language learners because you hate ‘illegal’ immigrants? Wellllll, that means legal immigrants also are hurt — refugees from horrible childhood nightmares of places, like Somalia, and the drug war in Honduras. Because they too don’t speak this language.

And free lunch programs? The ‘entitlement’ programs that so many politicans rail against? You’re going to fund high stakes testing, and then make it impossible for hungry children, w/ no food in the fridge, remember, to pass them. Wow.

It’s all connected, folks. The teacher, the student, the refrigerator, the government. The Buddha. Not just in my head, but in real life, where children and their families live. Even when the politicans pretend otherwise ~