‘even air is political’ ~

In my life, I’ve had a lot of jobs. But my current one — teaching at a state university — is by far the one with the most impact. And the one thing I’ve learned in the 20+ years I’ve taught at universities is that we are the grown-ups. We are the models for appropriate behaviour, for what is right and what we expect from our students. And until today, I’ve never written a letter to a university that expressed my shame at being associated with the profession. Today I did.

I was at a conference this past week, returning only late yesterday evening. It was a wonderful, if bittersweet, meeting, where old friends came together to celebrate the best things about education. I returned home to this picture. And it rang familiar, haunting chords…

When I was a student, President Reagan called in the Guard — many of whom were Vietnam Vets — to use whatever force was necessary to quell a protest in People’s Park. UC Berkeley student James Rector was killed, and Alan Blanchard was blinded. According to local hospital records, no Berkeley police were seriously injured, despite claims to the contrary by Berkeley police. 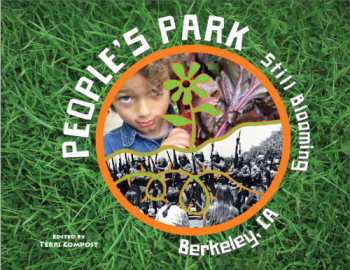 We seem doomed to repeat history. I didn’t understand Reagan’s acts then, and I don’t understand why — and how — we could return to that divisive time of hatred and ‘failure to communicate.’ What it gains us.

I teach university students. They are, as all human beings are, the beloved sons & daughters of mothers & fathers. They are grandchildren, wives, husbands, mothers & fathers themselves, often. They are learners of American culture, of its strengths and its flaws.  They are us.

My beginner’s heart is deeply troubled by the violent hatred exhibited these days: marchers against public schools (the envy of many countries for their egalitarian entry system), marchers being beaten and pepper-sprayed, the shooting of Congressional representatives. In my university town, we recently suffered a tragedy: the airplane crash of two beloved coaches. At at time when students are reeling with loss, Westboro Baptist Church prepares to descend on us. My students — many of them devout Christians — struggle in class discussion to make sense of what kind of Christianity this is. How a religion founded in love can become a means of propogating hatred. The non-Christians struggle as well, as do I.

Today, love somebody. Love your family, your spiritual advisor, your significant other, your child. Love the person in front of you at the cash register. Love the guy on the bus who’s snoring. Love everyone you come across, if you have the energy. And do it in the name of beginner’s heart. Take a step across the aisle, the street, the political or religious divide, and love somebody. Take America back. 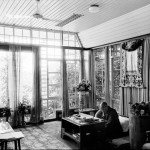 the Buddha was a teacher, too ~
archives most recent
More from Beliefnet and our partners
previous posts