Racism and the Law of Attraction (Video)

“I love America more than any other country in the world, and, exactly for this reason, I insist on the right to criticize her perpetually.”
-James Baldwin

Question submitted via Formspring:
“Hi, I am trying to find a way to apply the Law of Attraction to the police shooting of Micheal Brown. I am a black woman who has known racism, how do I understand this? I don’t want to harbor hatred but it is hard not too. I have also have a son.”

I’ve been doing this for a long time now, and I always make it a point that you can ask me anything, you can even ask anonymously.  And I’ll either reply directly, I’ll write an article, do a video, or talk about it on the radio.  This is one of those rare times that I’ll do all of the above.

In the video below, I finally weigh in on Ferguson and New York, as well as where racism comes from and how the Law of Attraction can be used to counter it!

I realized afterwards, that there’s was more to say about it (there’s always more to say about, unfortunately), so we talked about this again on a recent episode of Rise UP with B. Dave Walters, which ended up being a Law of Attraction master class, along with:

How the Law of Attraction can be used to change the world and heal rifts like in Ferguson and in New York. Why your goals aren’t manifesting, and how to get out of your own way so that they will, And, how you can start *today* building 2015 into the best year of your life, and much, much, more!

So here in this article, I want to deal with the specific question of how to apply the Law of Attraction to major issues like this, all while avoiding allowing bitterness to overtake you.  So as always, let us break this down into pieces:

You are a black woman.
You have experienced racism, and are trying to understand what happened.
You don’t want to harbor hatred in your heart, but you’re concerned because:
You have a son yourself.

A point I made in the video, as well as on the radio that I’m a large black male in America, which makes me about two steps away from being a large black bear.  Also, being from Little Rock, Arkansas, means I have experienced almost every shape and flavor of racism and intolerance you can imagine.  And yes, it will wear you down if you let it.  So as for how you manage it, a few things.

First, you said you’ve experienced racism, but you counter that with all the examples you’ve had dealing with people who didn’t behave negatively at all.   If I run into someone who’s rude to me, my initial assumption is that they are having a bad day.  My second assumption is maybe they are just a jerk.  A very distant third is they’re a racist.  Remember, the more you look for something, the more you tend to see it…even when it’s not really there.  Especially when it’s not really there!

If you don’t want to hold on to hatred, the simple answer is: Don’t.

Buddha said holding on to anger with the intent of hurting someone else, is like picking up a hot coal with the intention of throwing it: You are the one who gets burned.  And while some anger can be good—as long as it prompts us into healthy action—bitterness is a poison that hurts you, and ends up spilling onto the ones you love.  While we cannot let injustice go unchallenged, we also can’t let bitterness take over, or the haters win. And the haters must never, ever, win.

And you help yourself by letting your son know there is bad in the world, but that there is FAR more good!  Teach him to be a good person, and to stand up for what is right; and to show him as many examples as you can of other people doing the same.  Never forget that now and always, there is much more that unites us than separates us, and we are all in this together.

There is and always will be darkness and injustice in this world.  You don’t beat darkness by allowing it into your heart; you beat it by letting your own light shine brighter. 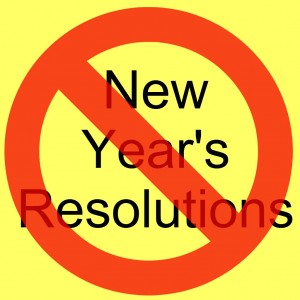