The Spiritual Lessons of Superheroes

As of the time of this writing, San Diego Comic Con is starting up.  I’ll be appearing on a panel on Spiritual Themes in Comics on Saturday at 6 PM in room 4…stop by and see me if you’re in town!

For now, I’d like to explain why super hero comic books and movies are worth experiencing, and more importantly why the mythology that made films like the Avengers possible is worth paying attention to.

The reason why this film is so compelling, and why super hero movies are so popular in general, is because they speak to a basic human need.  Since the dawn of time, people have been telling stories about heroes.  Think about it, across time, we could have been telling stories about anything; and yet a few basic ideas keep coming up again and again.

One of the biggest discoveries of the 20th century was Joseph Campbell’s discovery of The Heroic Journey.
In a nutshell, the Heroic Journey is a story where “a hero ventures forth from the world of common day into a region of supernatural wonder: fabulous forces are there encountered and a decisive victory is won: the hero comes back from this mysterious adventure with the power to bestow boons on his fellow man.”

Have you ever noticed that Star Wars, The Matrix, Lord of the Rings, Avatar, and now the Avengers are all basically the same movie?

What the Heroic Journey teaches is that certain stories keep getting told again and again across time because they apply to all of us, and the stages we all have to go through in our own quest for spiritual growth.  It’s outside the scope of this article to explain all 17 steps of the journey here, but it would serve you well to read them and see how it applies to what you’ve gone through up until now, and will probably face in the future. Wikipedia gives an excellent overview of the stages, and how they apply to famous stories and even bible passages.

For our purposes here, let us talk about mythology, and how it still applies to our day to day lives.
You may be wondering, what does mythology have to do with the Avengers?  The short answer is: everything!

Thor and Loki come directly from Norse mythology; Captain America is basically Perseus, slayer of Medusa.  Hawkeye is the Greek god Apollo, and the Black Widow would be Artemis, or possibly Athena.  The Hulk would be Gilgamesh’s wild friend Enkidu, and Iron Man would either be Hephaestus or possibly Icarus.

But more importantly mythology was never meant to be a collection of ‘boring old stories’, but the living breathing history of the human race. It’s a combination of actual events and fundamental lessons that should never be forgotten.

The Avengers (loosely) combines to major aspects of Greek Mythology; in the previous movies we’ve seen each of the characters go through their own small Heroic Journey, which lead them from their humble beginnings to becoming the heroes we know and love.   Now this film shows the journey as the team transforming from a group of individuals, into Earth’s Mightiest Heroes!

Again, rather than give any details about this movie, let us look at how our ancestors used mythology to teach us about who we are and where we come from.

For instance, in Greek Mythology  Cronus, God of time, overthrew his own father Uranus who was the God of the Sky.
Then Cronus married Rhea (Goddess of motherhood and female fertility), and had his own children: Zeus (God of sky and weather, law, order and fate), Poseidon (God of the sea, rivers, flood and drought, earthquakes, and horses) and Hades (the King of the Underworld, the God of death and the dead). In time, Cronus’ children overthrew him like he’d overthrown his own father, a cycle that played out again in the hero Theseus’ life, and his prophesied salvation of humanity.  Theseus’ story was told very recently in the extremely popular movie Immortals.

But here is why this story is important:
Beyond just an interesting story about war, deception, intrigue, and sex (as if that wasn’t enough!), these stories give an insight into the very foundation of reality and all of creation.  Notice, Cronus (Time) is the offspring of Uranus (the Sky) and Gaia (the Earth). Without an earth and sky to observe, how would we even know time was passing? Once the limitations of a 24 hour period was established, it was possible for the Earth’s own creative ability (Through Gaia’s daughter Rhea) to combine with time (Cronus) to give rise to weather and seasons (Zeus), oceans, tides, and droughts (Poseidon) and even death and an underworld (Hades).

Add to that the continuing evolution from huge general concepts like Uranus as the entire sky, and the entire Earth (Gaia) down into a more concrete time (Cronus) and femininity (Rhea) into the even more distinct forms of their children Zeus, Poseidon, and Hades. And their children are even more specific.

For instance, Aphrodite (Goddess of Love) has an affair with Ares (God of War) to give birth to: Deimos (fear, dread, terror), Phobos (panic), Harmonia (harmony), and Eros (love). Passion and aggression can unite to create both beautiful and terrible things.

Thousands of pages have been written about mythology across thousands of years, so there is far more that could be said then I have space to write.
If you want to find some easy introductions to mythology, see Immortals, or Clash Of The Titans (new or old)! Or NBC did a great version of the Odyssey a few years back and there is also Troy, which was like the Illiad without the Gods, but still tells a good story.

Or even go to the book store or library and check out a children’s book on mythology; don’t feel embarrassed, it is easier to get started when it’s written in plain English! Every nation on Earth has their own mythology, if Greek isn’t your thing, maybe Chinese, African, Native American, or some other nation or culture’s is! No matter what, I hope you start a love affair with the same stories that have captivated the minds of people for thousands of years. 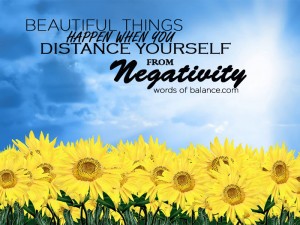