Question submitted via Formspring:
“My brother got dumped and he’s been listening to all kinds of break-up songs ever since. I told him to listen to more positive music, but he’s being emo and says that these bitter break-up songs are making him feel better. Are they really, or do they drag it out?”

I have done an entire program on how to get over anyone or anything fast, which just so happens to be on sale this weekend; visit my website to learn more.

The first question is: How long ago did he break up?  Was it a week ago, a month, or a year?  If it hasn’t been very long, then it’s somewhat understandable that he is still feeling down.  Especially when you consider that he is the one who got dumped.

Leaving is ALWAYS easier than being left, even if you know in your heart the relationship is over. And if he didn’t know it was over, he might still be trying to find some form of closure.

Except, as we’ve talked about before, closure is an illusion; we always want to know ‘why’, but there is no why.  It doesn’t matter what they say, since if they tell you “I left because you feet stink,” or “I left you because your best friend is hotter than you are,” it won’t make you feel particularly better!  The fact is, a relationship takes *two* committed individuals; when one of you checks out, it’s over.  Even if you try to keep going through the motions, it’s done.

So as for your specific question as to whether or not it’s good for him to listen to sad songs, the answer is: Maybe.  The Greeks had a concept known as a ‘catharsis’, which was the foundation of the Greek Tragedy style of storytelling.  The idea is pretty simple; you watch, read, or hear something so sad, so tragic, and so heartbreaking that all your negative emotions come out of you.  Basically it was a way to force a good cry.  So, if he genuinely does feel better when he listens to a sad break up song (I personally recommend Black by Pearl Jam), then let him.

Even if he curls up in a ball and cries afterwards, that’s probably good, too. The fact is, healing of all kinds takes as long as it takes, and you can’t rush it.  You are trying to help him by encouraging him to listen to positive stuff, but he may not be ready, willing, or able to; and quite frankly that’s ok.  If he’s not suicidal, let him grieve in his own way, and in his own time he’ll get over it.

Rent him the movie Swingers, or even better: Buy him my program! 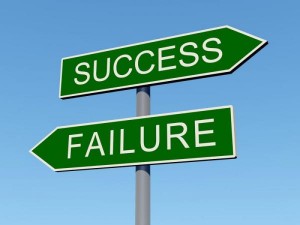 Q&A: ‘Why didn’t the Law of Attraction work for me?
archives most recent
More from Beliefnet and our partners
previous posts