Q&A: ‘Should vaccinating your child be a choice?’

Question submitted via Formspring:
“Should vaccinating your child be a choice? A while back a one-year-old girl in my neighborhood contracted and died of measles after playing in the park with a boy whose mother didn’t believe in vaccinations. It scares me from taking my kid out in public.”

We talked about this on a recent episode of Rise UP with B. Dave Walters, along with: Kids, Love, and Family! How to raise confident, happy children; why you have trouble losing weight, how to deal with family drama, how to deal with haters you’re related to, Q&A, and much, much, more!

The simple answer to this question is: yes, vaccinating your children should absolutely be a choice.  If you find you disagree with that statement, imagine if the opposite were true: if anyone was FORCING you to do anything you felt wasn’t in your child’s best interest.

While it certainly seems tragic, this is the type of story that seems like an urban legend; like the group of people who went into the mountains and the monster ate them all…and no one ever returned Well, if no one ever returned, how could there have been a story about a monster? Again, fear is the underpinning of the debate: fear that if you don’t vaccinate your kids, they’ll give sick and die.  Or if you DO vaccinate them, they’ll get sick and die, become autistic, or all sorts of other “terrible” things.  For instance, many people still believe there is a relationship between vaccinations and autism, even though there is absolutely no proof that this is the case.  Dr. Andrew Wakefield, the doctor who initially made the claim has been thoroughly discredited and disbarred.  Even so, roughly 1 in 10 children is born with some kind of autism spectrum disorder…which means 9 out of 10 aren’t.  90% likelihood that everything will be fine is not bad odds, not to mention the implication that an autistic child can’t have a wonderful fulfilling life; especially when compared with them potentially dying to a disease that could have been easily avoided.

So, should you vaccinate your children, or not?
That is completely up to you. There is a lot of money in forcing medication down all our throats, and a lot of fear based manipulation on all sides of the debate.  The reality is, parenting is the hardest job in the world that you get no training for; it is up to you to become educated and informed about what is in your child’s best interest.  This means weighing all sides of an issue, and consulting with trusted advisors before making your decision.  However, for the record: in our household we chose to vaccinate our children for common and preventable illnesses, such as the measles, but tend to skip the vaccines aimed at the terrible plague of the moment, like West Nile, SARS, Mad Cow, etc. 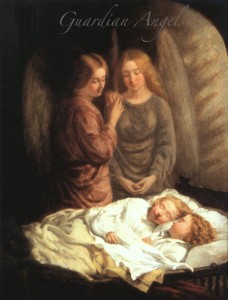 Q&A: ‘Do we all have a guardian angel?’
archives most recent
More from Beliefnet and our partners
previous posts