Creatheists: two sides of the same coin; Or, purity and fanaticism

(This was one of my very first and still most controversial articles to date.  Now over 500 articles later, I still couldn’t agree with this more!)

A fanatic is one who can’t change his mind and won’t change the subject.

Yes, you read that right: I said Creationists and Atheists (or, Creatheists) are basically the same thing.

Now, there are many types of Creationists, and many types of Atheists; this article is aimed at the zealots: the ones actively campaigning to spread their world view and eradicate any thoughts to the contrary.  So, let’s take a look at some of the reasons why I can make such a bold statement

Both require rigid adherence to their own set of dogmas.

The Creationists side of this is obvious, but many Atheists, especially the academic type will staunchly deny this.  So test it: walk up to one of them and say the words “Intelligent Design”…see what happens.

Both believe their position is the only absolutely correct one.

Another obvious one; if your run into a Creatheist that says their way isn’t the only one, ask them to give you 3 good points about the other belief system.

Both believe something is innately wrong with people who believe the opposite they do, and possibly shouldn’t be allowed to.

The Inquisition, and the Enlightenment; the Religious Right, and “the God Delusion”.

Both offer things that can not be proven as absolute truth.

Ask to see Noah’s Ark, or the ‘Missing Link’; the location of the Garden of Eden, or an example of Spontaneous Generation.

Both  offer their interpretation of the evidence as absolute truth

Whole books have been written on the logical acrobatics necessary to make billions of years worth of geology fit into a roughly 10,000 year biblical time frame.  But just as much (if not more) has been written trying to fit Neanderthals, Cro-Magnons and Homo-Sapiens into a single family line.

Both would argue they don’t ‘believe’ their positions, it is simply the preeminent truth

Already dealt with that extensively here.

Both put more stock in the words of other people, often long dead, then their own experience.

Creationists put absolute stock in the Bible (although they don’t know who wrote it, and justify it’s contradictions), or in Preachers who are trusted beyond question.  Atheists not only have Darwin, obviously, but people like Richard Dawkins, Michael Shermer, and the rest of the self-declared intellectual majority.

Both hold positions that are contrary to daily human experience.

Sex is a sin, Religious experiences are only tricks of brain chemistry, etc.

Both hold beliefs that are scientific impossibilities.

This one always gets a pretty strong response!

But the fact is, the Earth billions of years old, not thousands; and people didn’t exist along side dinosaurs (well…probably).  The Theory of Evolution (in its current state) stands in opposition to the Second Law of Thermodynamics (also discussed at length here)

Show them this article!

And the #1 thing Creatheists have in common:

It takes an almost incomprehensible amount of ego to put your own beliefs and experiences ahead of the beliefs and experiences of billions of people across thousands of years.  Whether or not a given Creatheist believes people have simply been misguided, or outright deluded, the fact is it requires a special type of person to believe people whom they’ve never even met are fundamentally wrong about the basic questions of life.

As I’ve said before, no one KNOWS for absolute certain where we come from, or what happens when we die, to say otherwise is an exercise in ego-stoking futility.  There is nothing at all wrong with having strong convictions (I certainly do), the problem is when we allow those convictions to become intellectual or spiritual tyranny, and begin to see people of equal but opposite conviction as enemies to be eradicated.

“Nobody is more dangerous than he who imagines himself pure in heart; for his purity, by definition, is unassailable.” 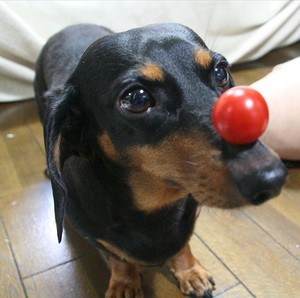 Your God-given talents; Or, playing the hand you're dealt
archives most recent
More from Beliefnet and our partners
previous posts