Spiritual parenting, Or, how to live forever (VIDEO)

To bring up a child in the way he should go, travel that way yourself once in a while.  ~Josh Billings

In honor of my daughter Alexandria Sophia (Lexi)’s birthday, I’d like to talk a little bit about parenting.

Parenting has been called the hardest job you get no training for, and I couldn’t agree more! We all set out with the best intentions and highest hopes for our children, but as time passes it’s very easy to get off track. For our purposes, there are two sides to parenting: being a good parent, and being a good child yourself.

Let’s look at being a good child first.
How do you feel about your parents?
Were they “good” or “bad” parents?
Were they supportive? Were they there for you when you needed them?
Is there anything you wished they had or had not done?
Remember when we said before that people make the best choice they can at the time. This means that for all your parent’s faults, they were almost certainly trying to do their best.

Now, a quick aside about abusive parents: unless they were outright sociopaths, even they were trying to do a good job in their own way. While there are unquestionably sick people in the world, applying unilaterally sinister motives to what they did or didn’t do, only hurts you now, not them.

I’ve touched on the need to complete the past; they key is to realize what has happened has happened. What is done, is done. You have to forgive, TRULY forgive, any grudge you’re still holding against them, and let it go. Carrying that anger in your heart does nothing but weigh you down. If they are still alive you can tell them you forgive them if you like; but realize they may react negatively if they don’t think they’ve done anything wrong. The important thing is that you forgive them in your heart and move on.
For those of you who’s parents may no longer be here, you can achieve the same release by writing a letter to them, and getting it all out on paper.

Here’s a useful trick I’ve learned: find someone of the same age now your parents were when you were born; IE if your mom was 25 when you were born, find a 25 year old girl.
Look at her and ask yourself: does she look like she has all the answers?
Do the same thing for a guy your father’s age. Kind of puts things in perspective, doesn’t it?

And by the way, unless you were raised by animals, they probably did some things right, too. Tell your parents how much you appreciate everything they did for you; if nothing else, if not for them you wouldn’t be here at all!

So how can you apply this to raising your own children?
First, realize that large sections of who we are is inherited from our family. Our language, most if not all of our morality and religious beliefs, our work ethic and world view are heavily shaped, if not outright inherited from our family. And by the way, living exactly the opposite of how you were raised still counts as having been shaped by your parents!

Knowing this, what are your children inheriting, or going to inherit from you?

Here is what I suggest: first, decide what it is you want for your children.
I advise against micromanaging them by doing things like deciding they be a doctor, or marry a spouse you choose for them. Rather, instead of insisting they be a doctor, try instilling in them a love of education and a desire to succeed. Instead of picking their spouse for them, instill in them a sense of self respect and appreciation for healthy relationships.
As a side note, they will probably emulate your relationship with your own significant other, so the best example you can give them of a good relationship is having a good relationship yourself!
We said before that we are comprised of 4 bodies: a physical body, a mental body, an emotional body, and a spiritual body. Here is how you can support your children’s proper development in all these areas.

Physical:
This is biggest mistake I see people make: it’s not enough to just put food on the table, you have to actually spend some face to face time with your children! You and I understand that you work hard for their sake, but they don’t, and never will. Years from now, they won’t think “oh, Dad was gone working to put a roof over my head”, they will think “Dad was gone”.
Find a way to spend time with your children, at least once a week if not every day; and if you have more than one, you need to find a way to spend some alone time with each of them so that they feel special.
I know, I know, you’re busy; but we all have the same 24 hours in a day and 168 hours in a week to get things done. Turn off the TV once in a while, get up a little earlier or go to bed a little later, whatever it takes. Because if your children grow up believing you don’t care about them, everything else you’ve done will be for nothing.

Mental:
You must, must, must, must, (did I mention must?) instill in your children a love of learning. There is no single greater advantage you can give them in this life than a desire to learn and do new things. The easiest way to do this, is for you to learn new things, too! Children come into the world with an inborn curiosity and genius that the world systematically stomps out of them, it’s your job to keep that sense alive in them, which keeps them young; and keep it alive in yourself, that keeps you young, too!

Emotional:
Don’t be in too big of a hurry to have your children ‘grow up’; they have their entire lives to be cogs in the wheel. It’s up to you to instill a rock solid sense of self-confidence and optimism for the world. It’s your job as a parent to be vigilant about the dangers in the world, but NOT to pass on an undue amount of fear and paranoia before it’s time. This can be a tough line to walk, since obviously you have to teach them not to walk out into the street, or hop into a stranger’s car, so what can you do? My recommendation is be honest with them. Let them know that they need to be careful, and that bad things sometimes happen; but above all else to trust their instincts. Kids know when something is wrong, just like you do. As long as you teach them to be vigilant (and you are twice as vigilant), you can instill in them courage and caution at the same time.
And one other thing: when children are upset over some random ‘childish’ thing, like losing a toy, recognize they are REALLY upset. Just because it wouldn’t phase you as an adult, doesn’t mean it isn’t earth shattering to them and their life. When you tend to them, always realize their feelings are valid; acknowledge their anger, frustration, or jealously, just as you acknowledge their happiness, playfulness, or joy. The emotions are our own personal guidance systems; there is no such thing as a ‘bad’ emotion; the sooner your children learn to trust their feelings, and themselves by extension, the easier and happier their lives will be.

Spiritual:
I have some friends who refuse to teach their children about anything spiritual, insisting that their kids will figure it out for themselves. I know others who are spiritual tyrants, who enforce their beliefs and refuse to let their children explore any other spiritual paths.
Personally, I think either way is a mistake.
Spirituality is a way of making sense of the world, and Children need some foundation to make life make sense (and they will never really out grow it!). But the same token, they are their own people and will have to walk their path, so if they start to go a different way later in life you have to support them. Even if you think they are making a mistake, it’s their mistake to make. Besides, no one KNOWS the truth of things, your attempts to keep them on your path may be blocking them from knowing God better than you ever have.

I can sum all this up pretty easily: love your children and let them know you love them. As long as you do that, everything else will fall into place. 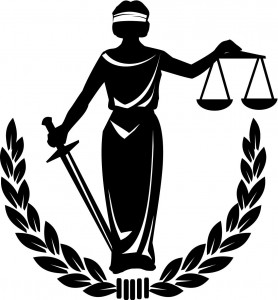 Q&A: Is it wrong to defend guilty people?
archives most recent
More from Beliefnet and our partners
previous posts