The Heart Vs. The Mind; Or, Science And Its Darker Twin

There have been a handful of times in my life when I felt like certain things were ‘given’ to me by a higher power, and all I had to do was get it out and written down.

This is one of those pieces.

I originally ‘received’ this, right after my ‘Gnostic Theism; Or, Digital Spirituality‘ article:

The reason why I write this blog is to help people make sense of the world, and all the things that take place day to day.

Now more than ever, we are being pulled in different directions and taught conflicting things, and it can easily put us in a position of having to choose between our heart and our mind, or rather whether or not we want to be ‘logical’ or ‘spiritual’, religious or scientific.

I suggest, you don’t have to choose between the two.

Before we can get into it, we need to clarify an important difference between science and religion: science is king, where it applies; religion is king, where it applies.  Science can tell us how, Religion can tell us why.  Unfortunately those lines have become blurred, giving rise to Science’s darker twin: Scientism.  Using science in an attempt to disprove the existence of God is like trying to use a knowledge of music to disprove the existence of Beethoven…it can’t be done.  By the same token, using Scripture to try and disprove empirical realities is just as pointless, but we’ll talk about that on another day.

2.     Such activities restricted to a class of natural phenomena.

3.Such activities applied to an object of inquiry or study.

It also defines Scientism as:

1. The collection of attitudes and practices considered typical of scientists.

2.The belief that the investigative methods of the physical sciences are applicable or justifiable in all fields of inquiry.

Now this seems harmless enough on the surface.

And, while science has unquestionably lead to many advances that have improved modern life,  it has also given rise to an increasingly more sanitized and lifeless existence.

An easy example is it has come into vogue for anyone of a scientific mind to be an atheist, and outright reject anything that can’t be perceived in a laboratory setting.  They will say that believing human beings were sculpted out of clay and life was breathed into them is an ignorant superstition (and, we are not arguing for its literal truth either).  And yet, in the same breath they will try and convince you that life began on this planet when a bolt of lightening hit a puddle of chemicals at some point in the distant past.

And that is presented as the ‘logical alternative’.

Now, some adherents of Scientism will make the argument that life was seeded here (by chance, of course) by meteors from other planets, but even that explanation does not provide an answer for the riddle of life, it simply pushes the question  further back into time.

Or, for the hotly debated Theory of Evolution, it is not so much an issue of it being right or wrong, but being highly over-stated.  Aspects of it can be easily observed, such as Micro-Evolution and Natural Selection: the process by which a bird’s beak adapts to eat a certain kind of seed, or where a species of moth with superior camouflage will outlast a species with no camouflage at all.

The problem is with Macro-Evolution, which explains how one species becomes a whole new species.  The problem is, there is no hard evidence that this process occurs.  It is supposed to be a constant process of tiny changes, but if that were the case, any and all fossils should show some signs of modification, but they don’t.  And if a creature were to spontaneously mutate into an entirely new species, it would be faced with an immediate breeding problem since it would be the only one!  The wild card variable they will plead is ‘time’; that it simply takes too long for us to observe a supposedly constantly occurring process.  But even then, populations like fruit flies or certain types of bacteria can move through an entire generation in days or even hours, and have been under constant observation in laboratories, all over the world for decades.   And though some changes may be identified, they are still fruit flies or bacteria.

And the biggest problem is the theory in it’s current state stands in opposition to two fundamental laws of science: The Second Law of Thermo Dynamics, which says if left to their own devices things break down rather than become more complex, and the Law of Biogenesis, which says life can only come from life; it is flatly impossible for something inanimate to come to life.

Now I will issue the disclaimer that standard Evolutionary Theory doesn’t deal with the origins of life, but in this day and age they are often lumped together.

It is not our purpose to debunk Evolutionary Theory, but to point out it’s holes in the hope that they can be filled.  It may well be that the mechanism by which species arrive on this planet can be fully understood, but it won’t happen until the scientific establishment can put aside their own ego, vanity, and desire to protect their pet theories and misconceptions and dedicate themselves to a full and accurate comprehension of the natural world.

The point is, the issue is not so simple as Jesus vs. Darwin, not by a long shot.  The world is full of wonders, some that can be explained in ‘rational’ terms, and some that can only be dealt with intuitively.  It’s up to all of us to be aware of the fact that we were given a heart and a brain for a reason, and to make good use of both! 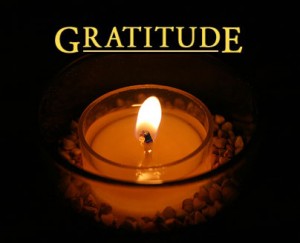 Giving thanks; Or, 10 Things to be grateful for (VIDEO)
archives most recent
More from Beliefnet and our partners
previous posts